Police said were on a welfare check when they discovered a man at the home had a warrant for his arrest. 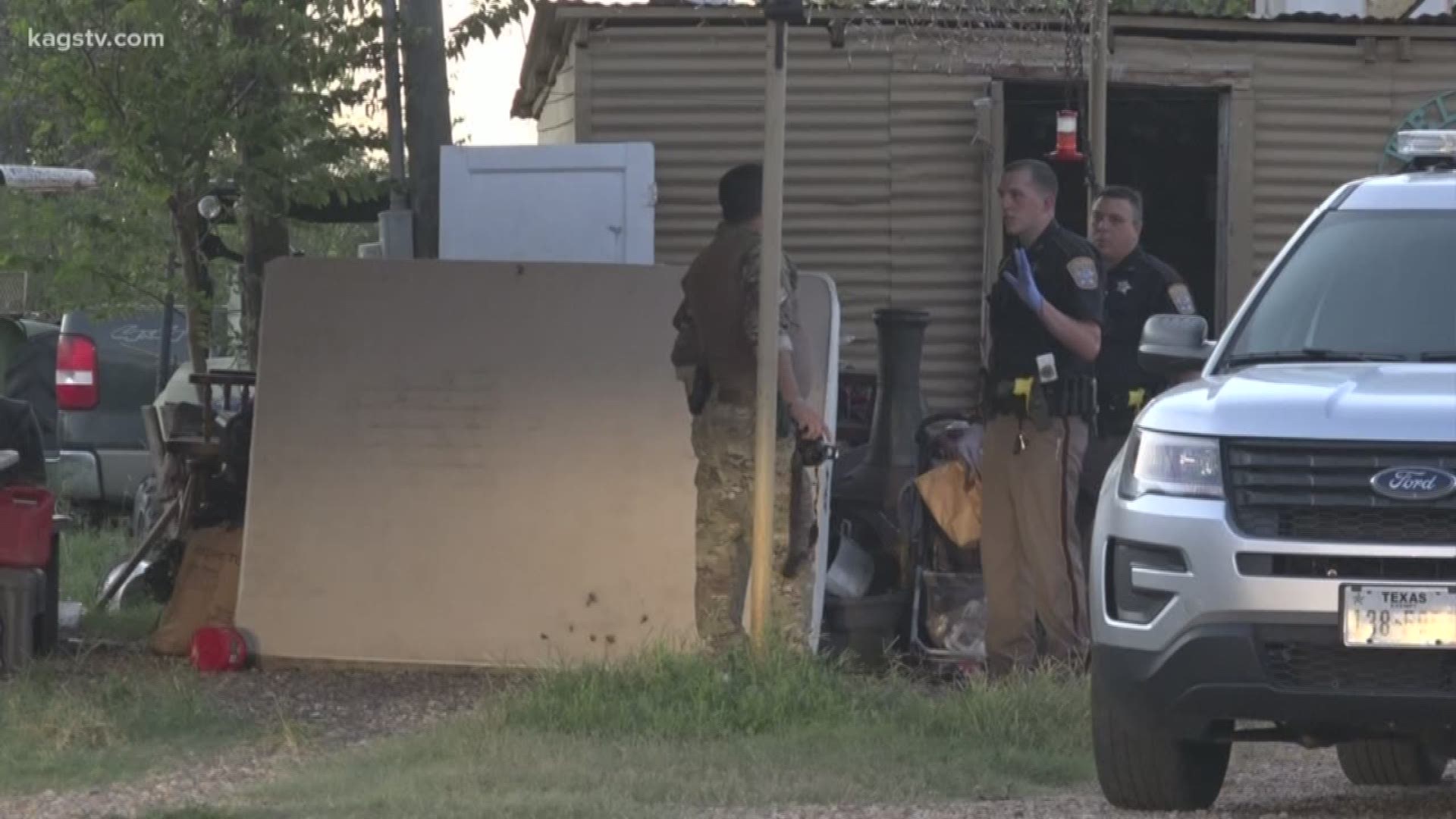 The Brazos County Sheriff's Office has arrested the man who was involved in a standoff Tuesday.

It started around 3:30 pm on Luza Lane, near Smetana, police said.

The 52-year-old man surrendered, police said, and no one was hurt. There were no other people in the home at the time of the standoff.

The man had an active warrant for his arrest and police said he told them he wasn't going back to jail.

The man was taken to the hospital to get medical clearance. He will then be taken to jail.

Authorities from several agencies are on the scene of a standoff at a home near Smetana in Brazos County.

Not many details are being released at this time, but authorities told KAGS' Sunny Tsai and Adrienne Demoss that it started Tuesday morning after they were called to do a welfare check at the home.

1 / 5
BRAZOS CO. JAIL
Anthony Luza, Jr., 52, of Bryan, is charged with aggravated assault, making a terroristic threat and possession of a controlled substance. He engaged law enforcement officers in a three-hour standoff after they went to his home to serve a warrant, court documents state.

No one was home at the time of the check, police said, but they discovered a 52-year-old man who was thought to be living at the home had an active warrant for his arrest.

Police said they came back around 3:30 Tuesday afternoon and found the man inside the home.  They said he told them "I'm not going back to jail" and indicated that he had at least two weapons inside the home.

We will bring you more information as this story develops.

RELATED: No Good Deed: Man comes to Brazos Co. Jail to pick up friend, ends up behind bars