The man said he would kill the deputies before going back to jail, authorities said. 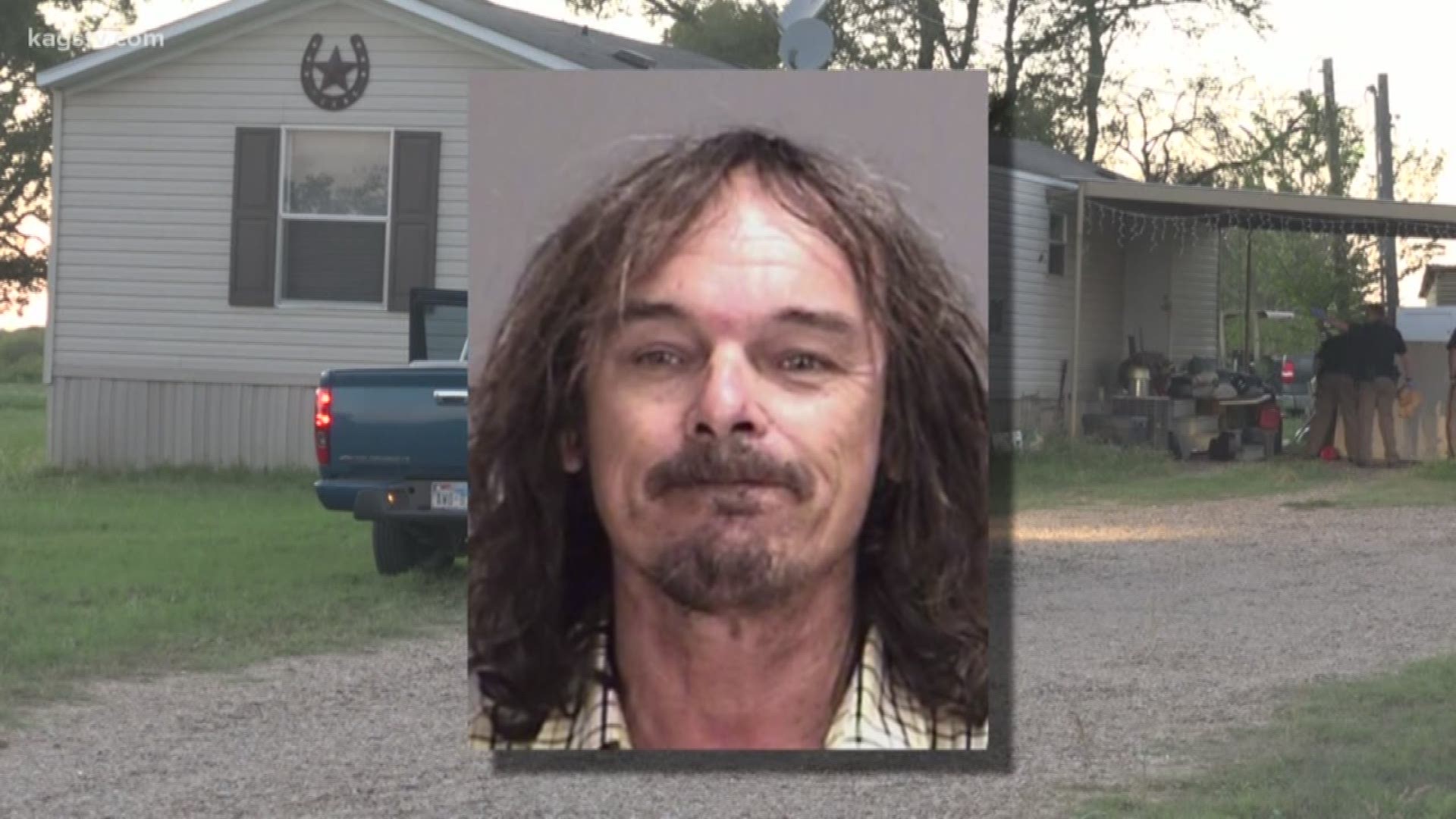 BRAZOS, Texas — We have learned more details behind a three-hours long standoff in Brazos County that happened Tuesday night.

Anthony Luza, Jr., 52, of Bryan, is charged with aggravated assault, making a terroristic threat and possession of a controlled substance.  He was arrested after surrendering to authorities at his home.

In court documents released Wednesday morning, deputies with the Brazos County Sheriff's Office reported they came to Luza's home on the 3000 block of Luza Lane.  Luza had an outstanding warrant, they said, and when deputies came to the door, Luza told them he was going to kill them before he went back to jail.  Deputies reported they heard the sound of a shotgun being racked and saw Luza with the weapon, according to court documents.

The deputies called for backup and about 30 law enforcement officers came to the scene.  The Bryan Fire Department also responded with its ambulance.  After about three hours, a negotiator was able to calm Luza down and he surrendered to them, Chief Deputy Jim Stewart, with the Brazos County Sheriff's Office, said.

Luza was taken to the hospital to be medically cleared, Stewart said, and was then taken to the jail.  The deputy, who was transporting Luza, did a routine search of his person and said he found a small bag of methamphetamine that weighed just under a gram.

1 / 5
BRAZOS CO. JAIL
Anthony Luza, Jr., 52, of Bryan, is charged with aggravated assault, making a terroristic threat and possession of a controlled substance. He engaged law enforcement officers in a three-hour standoff after they went to his home to serve a warrant, court documents state.

Authorities went to Luza's home to arrest him on two outstanding warrants, they said.  One of those warrants was for making a terroristic threat on family or household and the other was for having defective lamps on a tractor, according to court documents.  They were also assisting Child Protective Services on a welfare check of a child who is living at the home, they said.

The child was not there at the time and no one was hurt during the standoff, authorities said.  Luza is currently in the Brazos County Jail with a $56,000 bond.