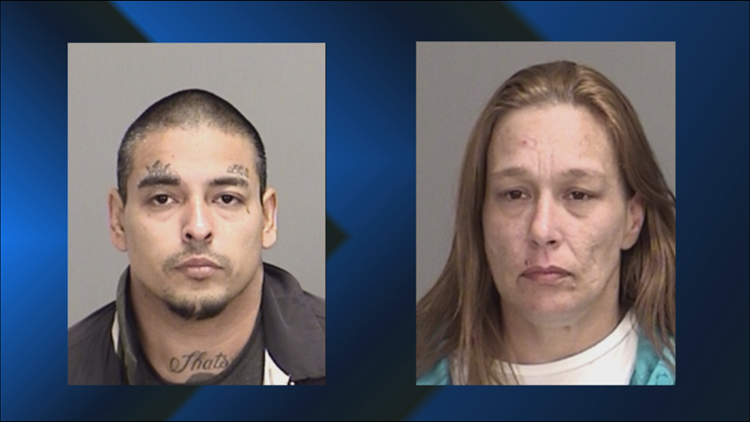 Photo by: BRAZOS CO. JAIL
From left to right: Joseph Viscaya, 32, and Glenda Sumpter, 44, both of College Station, were arrested at a home Thursday. Sumpter is being accused of exposing a toddler to drugs and destroying a meth pipe. Viscaya is being accused of assaulting another female in the home and threatening her with a knife.

COLLEGE STATION, Texas — Two people were arrested at a home in College Station after police said a toddler was exposed to drugs and an assault.

Joseph Viscaya, 32, of College Station, is charged with aggravated assault. He is being accused of threatening to kill one of the people in the home with a knife when she wouldn't give him money, according to court documents.

Glenda Sumpter, 44, of College Station, is charged with tampering with evidence and child endangerment.  Police said she exposed a 2-year-old boy in the home to drugs and put him in an unsafe environment due to an assault allegedly taking place in the next room.

It happened Oct. 10 at a home on the 500 block of Harvey Road.  Officers said Sumpter admitted she had eaten meth in front of the toddler in the bedroom because Viscaya and others were smoking it in the living room.  Sumpter told police she didn't want to expose the boy to the smoke and thought eating it was safer, according to court documents.

While talking on the couch to police, Sumpter told them she had flushed a meth pipe down the toilet because it wasn't hers and it didn't belong in the house, police said.

Another woman inside the home told police all four adults in the home had been using methamphetamine for more than a day, and Viscaya had become aggressive and delusional, according to court documents.  She said Viscaya grabbed her by the back of her head and threw her into a wall, demanding she give him money, police said. 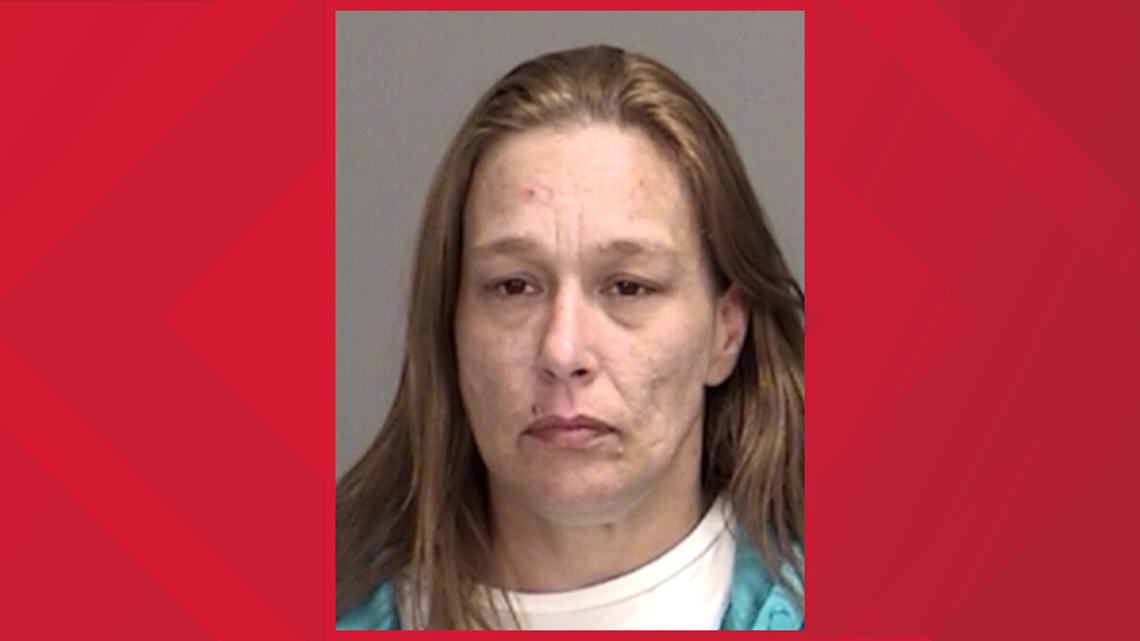 01 / 02
Glenda Sumpter, 44, of College Station, is charged with tampering with evidence and child endangerment. She told police she had eaten methamphetamine in front of a 2-year-old toddler because it was safer than smoking it, according to court documents. Police said she told them she thought the smoke from the meth was too dangerous.
02 / 02
Joseph Viscaya, 32, of College Station, is charged with aggravated assault. Viscaya is being accused of threatening to kill a woman in the home with a knife when she wouldn't give him money, according to court documents.

The woman said at one point, Viscaya pulled a knife on her and said he was going to kill her, according to court documents.  When Viscaya went into another room, the woman said she tried to leave the home, but another man there would not let her, police said.  The woman claimed Sumpter left the home in an effort to stay out of the exchange, according to court documents.  Viscaya then took the woman's purse, her identification cards and debit cards and would not give them back, the woman told police.

Viscaya denied taking from the woman and said she had given him money and her cards to buy dinner and other things, according to court documents.  Police said when they searched Viscaya, they found the knife inside his jacket.  They also found the woman's identification cards and debit cards in the bathroom of the home, police said.