The shooting happened at the Eastmark Apartments on Central Park Lane on Sunday. 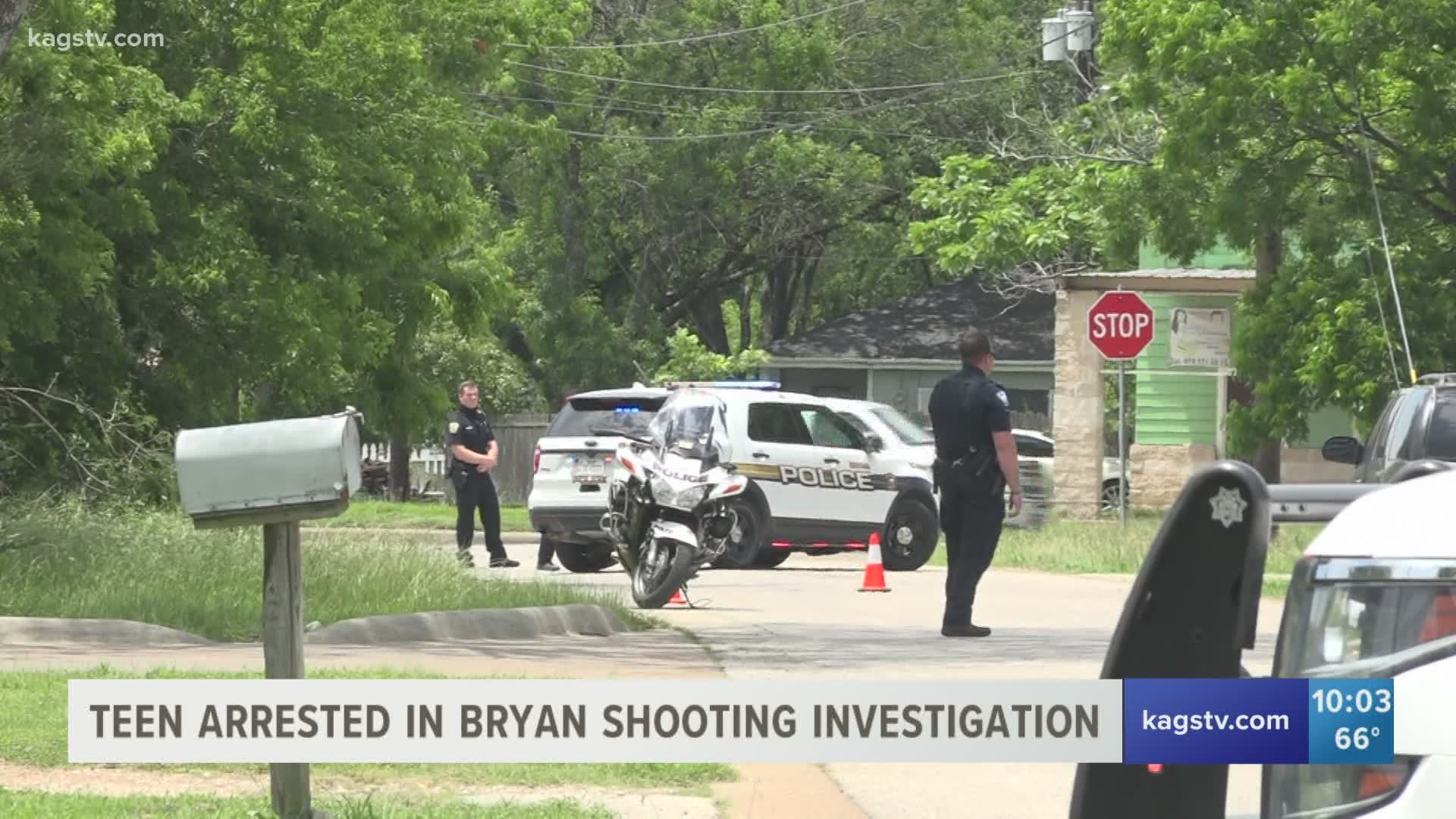 College Station Police Chief Billy Couch said Roderick Merchant knew people who lived at the apartment complex. Couch said Merchant was with a woman when officers got to the scene Sunday. He said officers tried to get the two of them to come outside and talk, but Merchant came outside with his rifle, shot it into the ceiling of the breezeway and that's when officers pulled their guns.

Couch said officers told Merchant to give up his rifle several times, but he did not and that's when the officers shot him. The woman is considered a witness and has not been charged in this case.

Couch said the Bryan Police Department will investigate the shooting and an investigator from the District Attorney's office has already been assigned.

The College Station Police Department has a press conference after officers shot and killed a man Sunday afternoon during a call for service. Full Story: https://www.kagstv.com/article/news/crime/college-station-police-officers-shoot-armed-man/499-c02d6a9e-9c96-4340-aeaf-56c5a9bdcfa0

A press conference on this shooting will take place at 8:30 p.m. Sunday.

The College Station Police Department is investigating after officers shot an armed man who they said was trying to break into apartments.

It happened at the Eastmark Apartments, located on the 2400 block of Central Park Lane. Authorities said officers went to the apartment complex after calls for help began coming into dispatch. Callers said a man carrying a rifle was pointing it at people and trying to force his way into apartment homes.

When police got to the scene, investigators said the man started shooting his rifle and that's when officers shot him. The man was taken to a local hospital. No officers were hurt in the shootout.

Officer Involved Shooting — Commanders & Investigators are at Eastmark Apts., 2400 Central Park Lane. Preliminary info. is officers responded for a man pointing a rifle at people while trying to force his way into apartments. Officers engaged the man after he began shooting. pic.twitter.com/hjR7L0jJH6

This has been a violent weekend for the cities of Bryan and College Station. This shooting is the third to happen this weekend, the fourth to happen since early Friday morning.

One person was taken to the hospital after a shooting on Autumn Circle early Friday morning. On Friday night, one man was killed and another left in serious condition after a shooting on South Texas Avenue in the parking lot of a grocery store. On Saturday morning, the Bryan Police Department reported the shooting of a 14-year-old.

In the shooting at the Eastmark Apartments Sunday, investigators said they are still investigating why the man picked that complex to allegedly commit crime. The investigation remains active and authorities said the public is not in danger. They have not yet identified the man and did not list his condition.

This is the second shooting involving College Station Police in less than six months. Back in January, a College Station man was killed during a traffic stop near Earl Rudder Freeway. Police said Ryan Stallings reached for a gun hidden in the center console of his car as officers approached.

We will continue to keep you updated.