CSPD: College Station man on the run after police chase

Matthew Jarrett escaped during a police chase that went through several counties, according to authorities. He should be considered armed and dangerous. 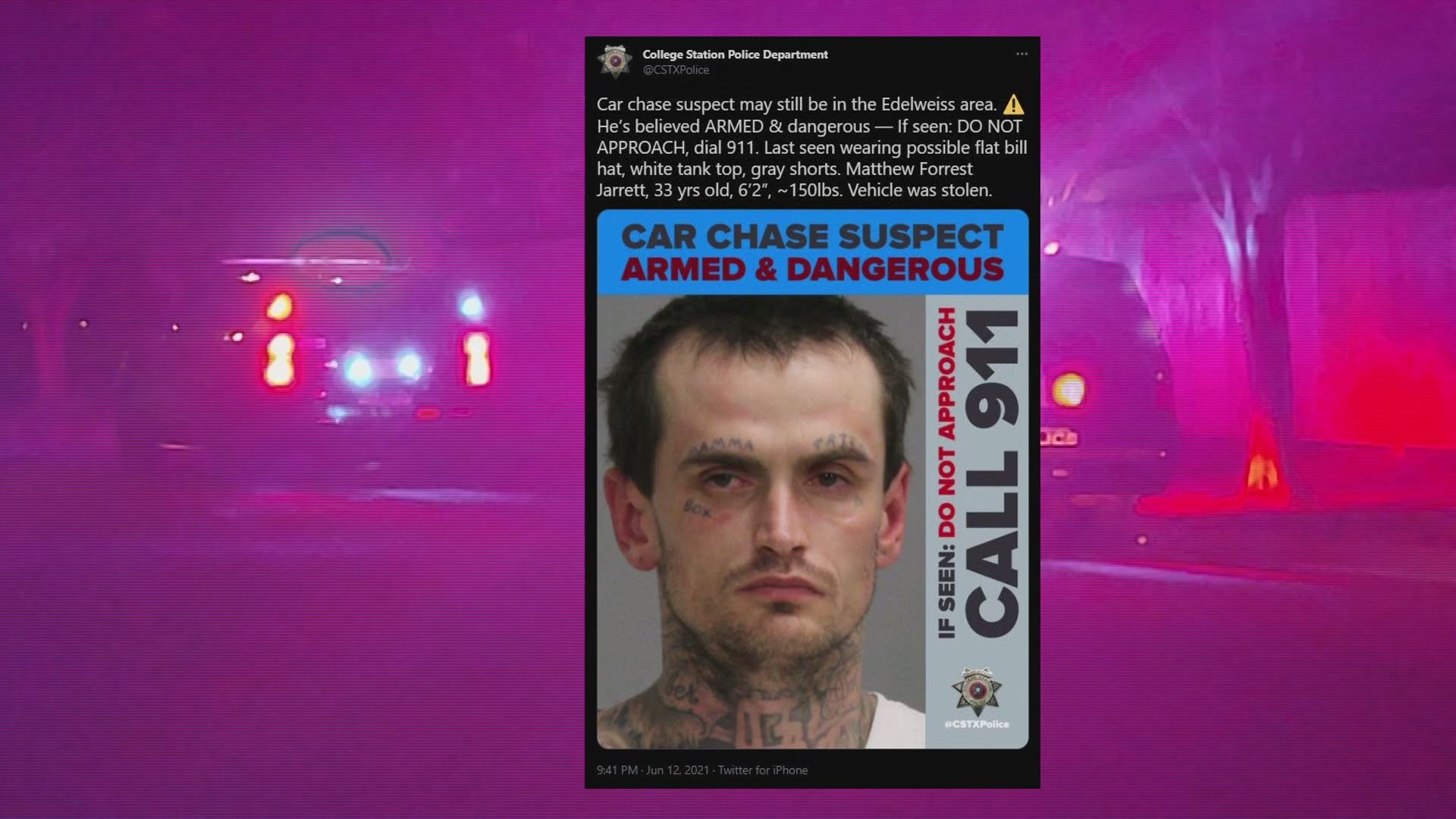 The College Station Police Department released an update on their search for a man who ran from them Saturday night near Edelweiss Park.

CSPD posted on its Twitter account, asking anyone to call them with information on where Matthew Jarrett is. They said while he was able to avoid getting arrested Saturday, he has now been identified.

Authorities confirmed the car Jarrett was driving was stolen. They said he is possibly armed and warn people not to approach him if they see him, but call police for help.

You can call 979-764-3600 if you know where Jarrett is or have information that could police find him.

UPDATE: Car chase suspect was driving a stolen car when he fled on foot in the Edelweiss area and was possibly armed. Unfortunately, he evaded capture. While he wasn’t likely to still be in the area, he was identified in case he appeared as/after we scaled back our presence. pic.twitter.com/ah8PcxpZCV

Authorities are searching for a College Station man after he was chased by law enforcement agencies through more than one county in a car that was allegedly stolen.

Matthew Jarrett, 33, has an outstanding warrant out of Coryell County. He was allegedly spotted by authorities in Grimes County, near Navasota, in a stolen car on Saturday. Authorities said Jarrett refused to stop and sped away from the scene.

The chase ended near Edelweiss Park in College Station just after 8 p.m. Authorities said Jarrett was able to get out of the car and run from police. Police believe Jarrett to be armed and dangerous and are asking the public to report anything suspicious.

Jarrett is described as being 6'2" and around 150 pounds. He has a distinctive neck tattoo and the phrase "Mama Tried" over his eyebrows. If you see him, call 911.

This is a developing story. We will continue to update you as the information becomes available.