Courageous students speak up about threat against Huntsville High School

A teen has been arrested and charged with making a terroristic threat. 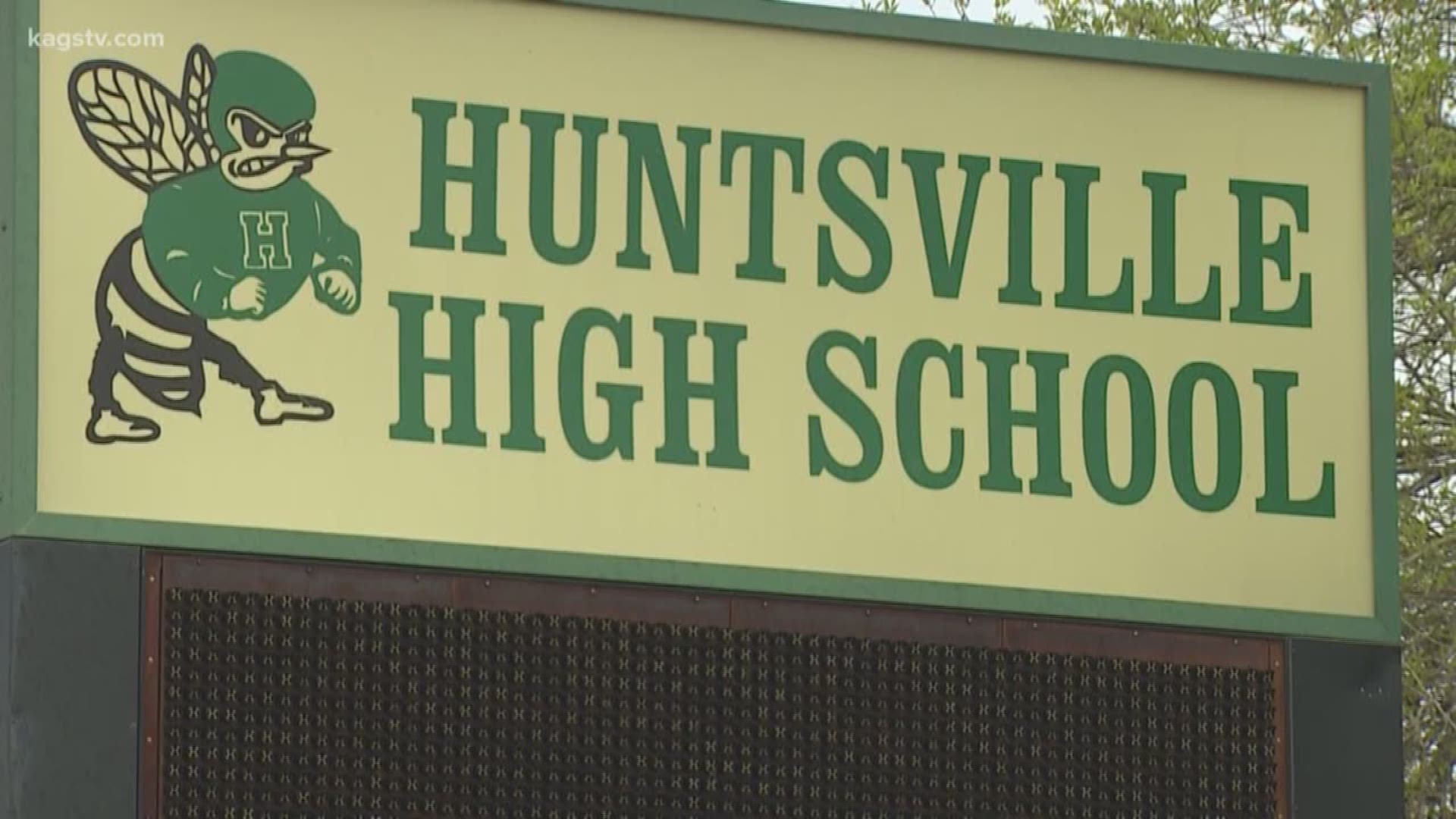 HUNTSVILLE, Texas — One student has been arrested and is charged with making a terroristic threat against Huntsville High School.

The teen was talking to other students during lunch on August 30th and said they had a pistol in their backpack, according to the Huntsville Police Department.

The student said they were going to use the gun to shoot people at the school, police said.  Several students who heard the threat then told school officials and the police were called.

The student was arrested and their backpack was searched, but a gun was not found.  It is not known if the student had access to weapons, police said.

The student has since had their initial court appearance and at this time has been released to their parents.

In a written statement to KAGS news, Dr. Scott Sheppard, Superintendent of Huntsville ISD, said the school district has no choice but to take action against any threat because the safety of students and staff are the number one priority.

"We routinely remind students about the seriousness of making threatening statements," Dr. Sheppard wrote, "and we ask parents to discuss the ramifications with their own children."

Dr. Sheppard said he is thankful to the police department for its immediate response to the situation. He said he is proud of the students who came forward with the information so something could be done.

"It is clear our students and adults have pride in their school," he wrote, "and understand the importance of being vigilant as part of our overall safety and security plan."

OTHER POPULAR ARTICLES ON KAGSTV.COM:

What are red flag gun laws?