On April 24, guests were leaving a private party around 3 a.m. when someone drove past a the parking lot and began shooting. 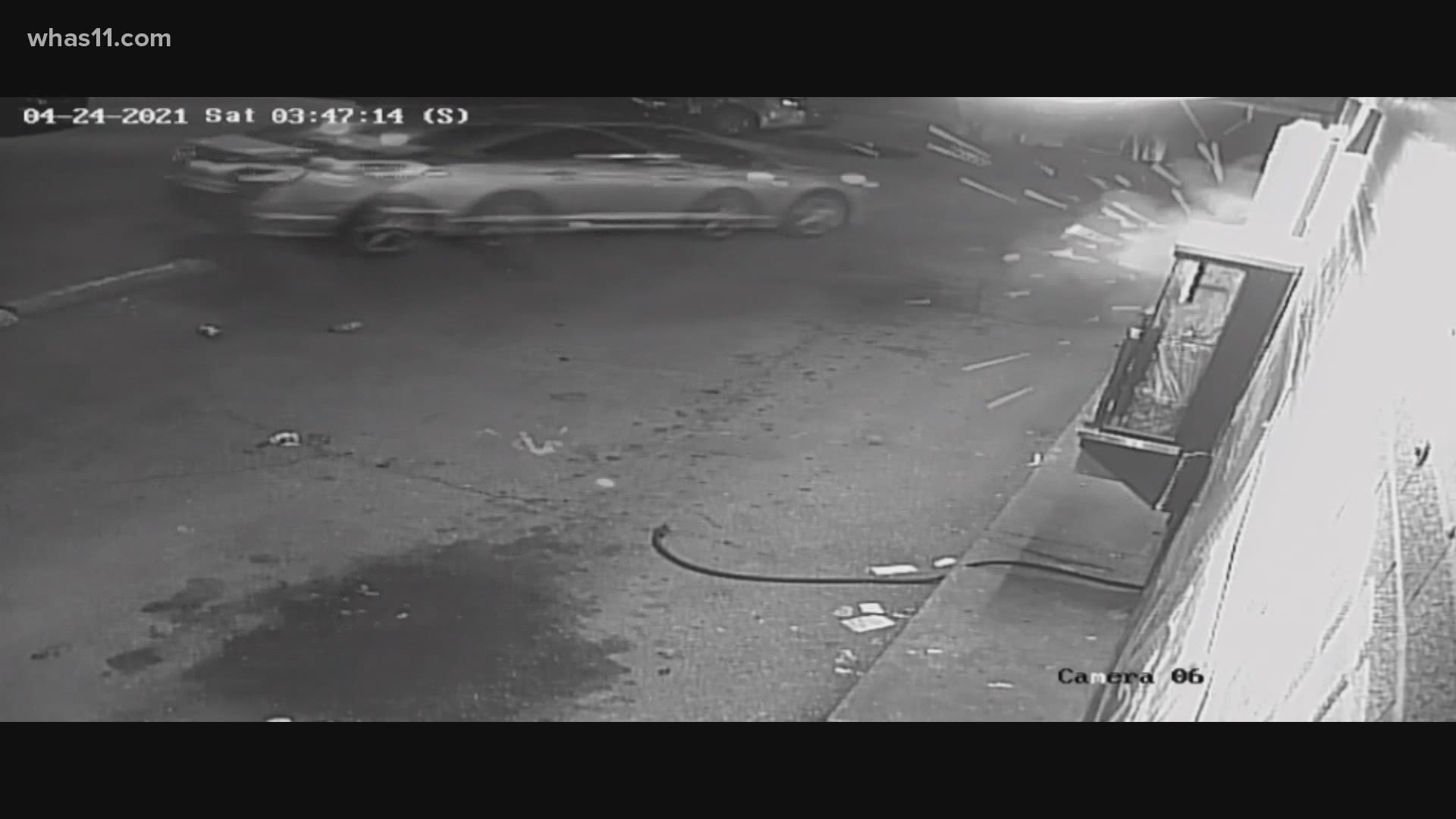 LOUISVILLE, Ky. — Shively Police need your help finding the people responsible for a drive-by shooting that left two people hurt earlier this year. The shooting happened on April 24 in a parking lot near the intersection of Dixie Highway and Ralph Avenue.

According to Sgt. Patrick Allen with Shively PD, guests were leaving a private party around 3 a.m. when the suspect or suspects drove past the lot and began shooting. Two people were hit, and multiple buildings and vehicles were damaged.

Police believe the shooting was random and they’re still looking for suspects.

“I want people in our community to feel safe and be able to go out and do things and not have to worry about gunfire and violence,” Sgt. Allen said.

There is surveillance video of the shooting, but Sgt. Allen said it hasn’t been particularly helpful. The video shows at least one of the cars involved, but the quality is too low to make out a make, model or license plate.

Shively Police provided the surveillance video, which can be viewed below.

Police recovered multiple shell casings from the scene, and they appeared to come from at least two different weapons, which suggests that there may have been more than one shooter.

Sgt. Allen expressed added concern that one of the weapons may have been a high-powered rifle.

“Those are very dangerous,” Sgt. Allen said. “They’ll go through just about anything.”

Shively Police know that at least one sedan was involved, but they’re asking the public to provide any information they may have so they can prevent this from happening again.

“If they’re involved in this type of activity, they’ll probably do it again,” Sgt. Allen said. “Who knows next time when they do it, what that’s going to look like.”