Lewis' family is set to make "a few announcements" regarding his case on Aug. 10. 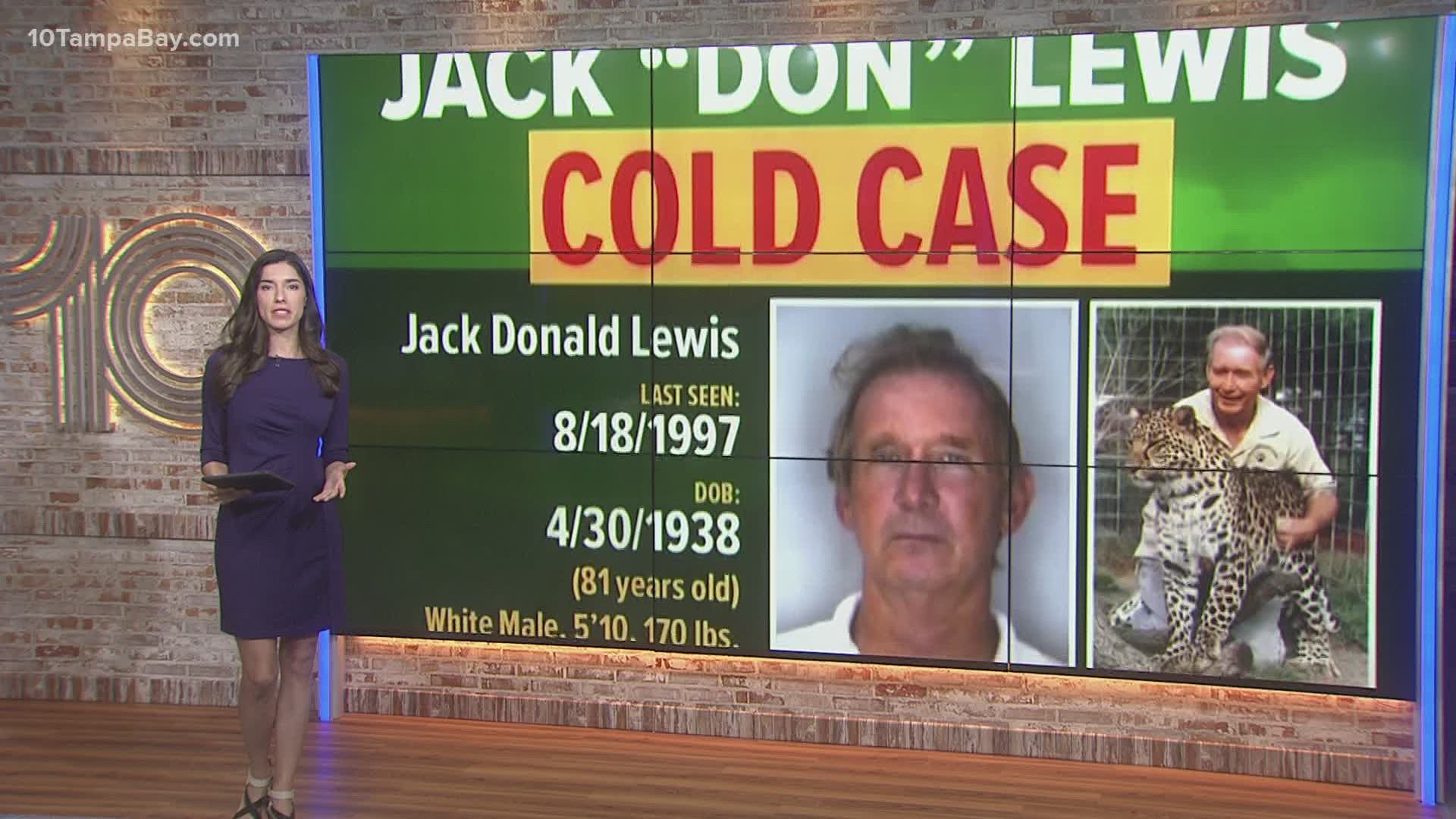 TAMPA, Fla — While the attention around Netflix's seven-episode docuseries "Tiger King" may have slowed, a family's search for answers in their father's cold case has not.

Attention to Jack "Don" Lewis' nearly 23-year-old cold case resurfaced after the third episode of the docuseries looked into the disappearance of Big Cat Rescue CEO, Carole Baskin's second husband. In the episode, Joe Exotic alleges Baskin killed Lewis and fed him to her tigers.

Now, five months later, his family is set to make "a few announcements" regarding his case on Aug. 10, according to a press release. A second release sent a day prior to the planned news conference said the family retained Jacksonville attorney John Phillips and the Law Offices of Phillips and Hunt to represent them.

It says Phillips and his team will conduct their own investigation into how Lewis disappeared.

"The popularity of the Netflix documentary "Tiger King" has sparked renewed interest in Don's case, and while we may never know the whole truth, we have renewed hope in achieving justice and, at the very least, some long-overdue closure," the family's website states.

The hype around the docuseries led the Hillsborough County Sheriff's Office to reopen the case for new leads in March. Tips came in daily, but most were missing one key element-- credibility.

Since @netflix and #Covid19 #Quarantine has made #TigerKing all the rage, I figured it was a good time to ask for new leads. #CaroleBaskin #DonLewis #Netflix #Tiger #BigCatRescue #JoeExotic #TigerKingNetflix #HCSO pic.twitter.com/LHoJcBZVOI

Baskin has ardently denied all allegations that she had anything to do with her then husband's disappearance or death, calling the Netflix docuseries "salacious and sensation: and full of "unsavory lies."

In interviews since Sheriff Chad Chronister has said he believes Lewis was murdered in 1997 and did not just disappear as was alleged.

"There's a lot of suspicion surrounding his death," Chronister said in an interview with 10 Tampa Bay this past April. "What wealthy person disappears and doesn't take his wealth with him?"

And while he believes more than one person was involved in Lewis' murder, Baskin is "no more a person of interest than anyone else."

Chronister also said while he understands why people would believe she is guilty due to the show's spin, that the sheriff's office can disprove two of its biggest theories related to the meat grinder and septic tank.