Judge Patrick Simmons announced he had been speaking with different district judges in Texas about a change of venue for the trial. 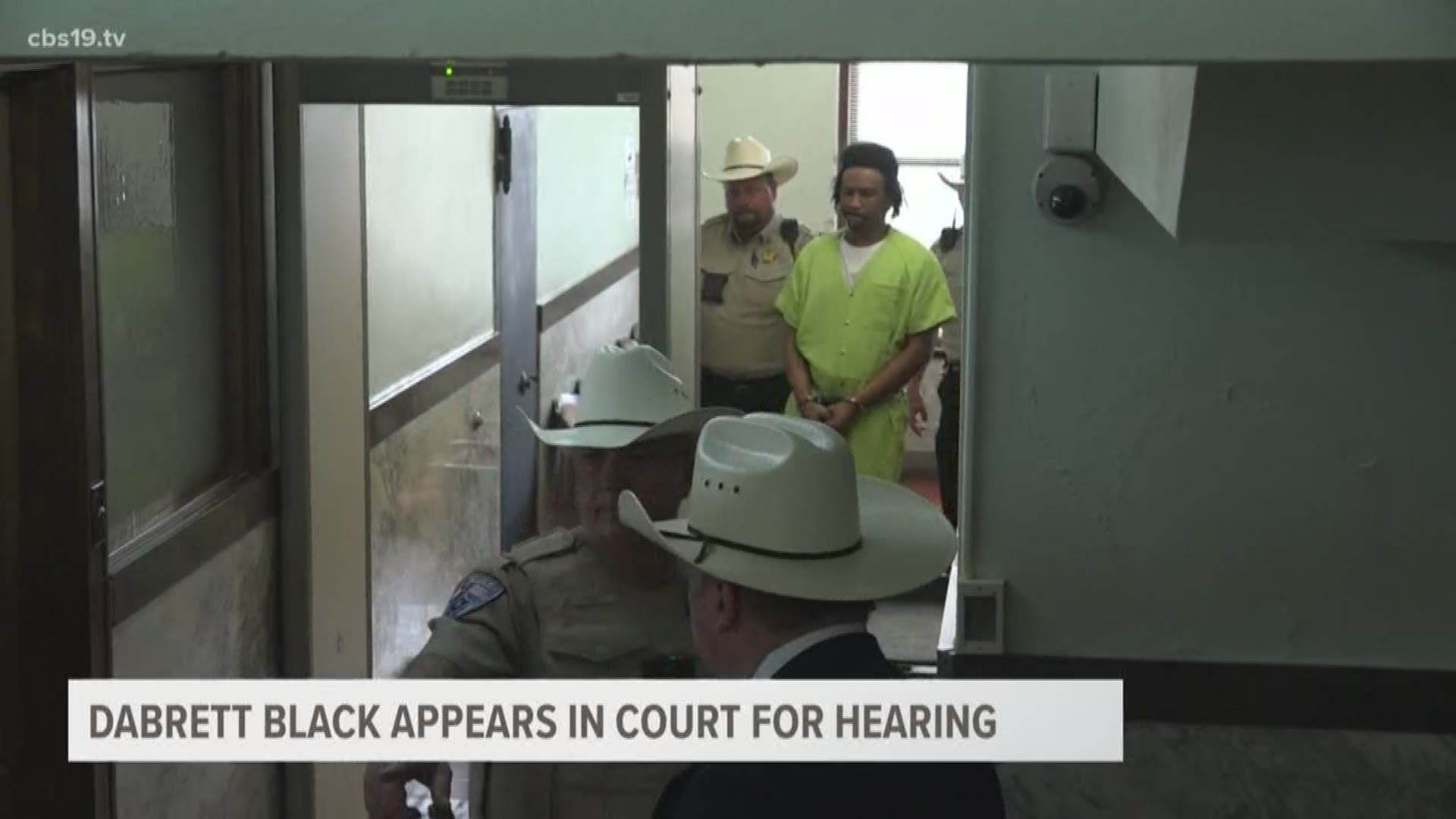 Dabrett Black, 34, of Lindale, who officials say killed Trooper Damon Allen on Thanksgiving Day in 2017, entered the courtroom in a lime green jumpsuit shortly after 10 a.m. on Friday.

RELATED: Who is Dabrett Black? People describe the man charged with the murder of Trooper Damon Allen

The topic of the hearing involved the venue for the trial. A motion was filed and granted by Judge Patrick Simmons earlier this year to move the trial to a different county

It was thought the new venue would be selected on Friday. However, Judge Simmons instead announced he had been speaking with different district judges in Texas about a host venue.

Judge Simmons says he will take some time to visit a multiple courtrooms in the state to determine which location would work best for the trial.

The location of the trial, as well as the start date, are expected to come at the next pre-trial hearing slated for September 26.

RELATED: One year later: A look back at the legacy Trooper Damon Allen left behind

RELATED: From indictment to arrest warrant - Why was Dabrett Black not in jail?