The Uber driver's vehicle was struck by a deputy after a suspect vehicle tried to go around them near an entrance ramp. 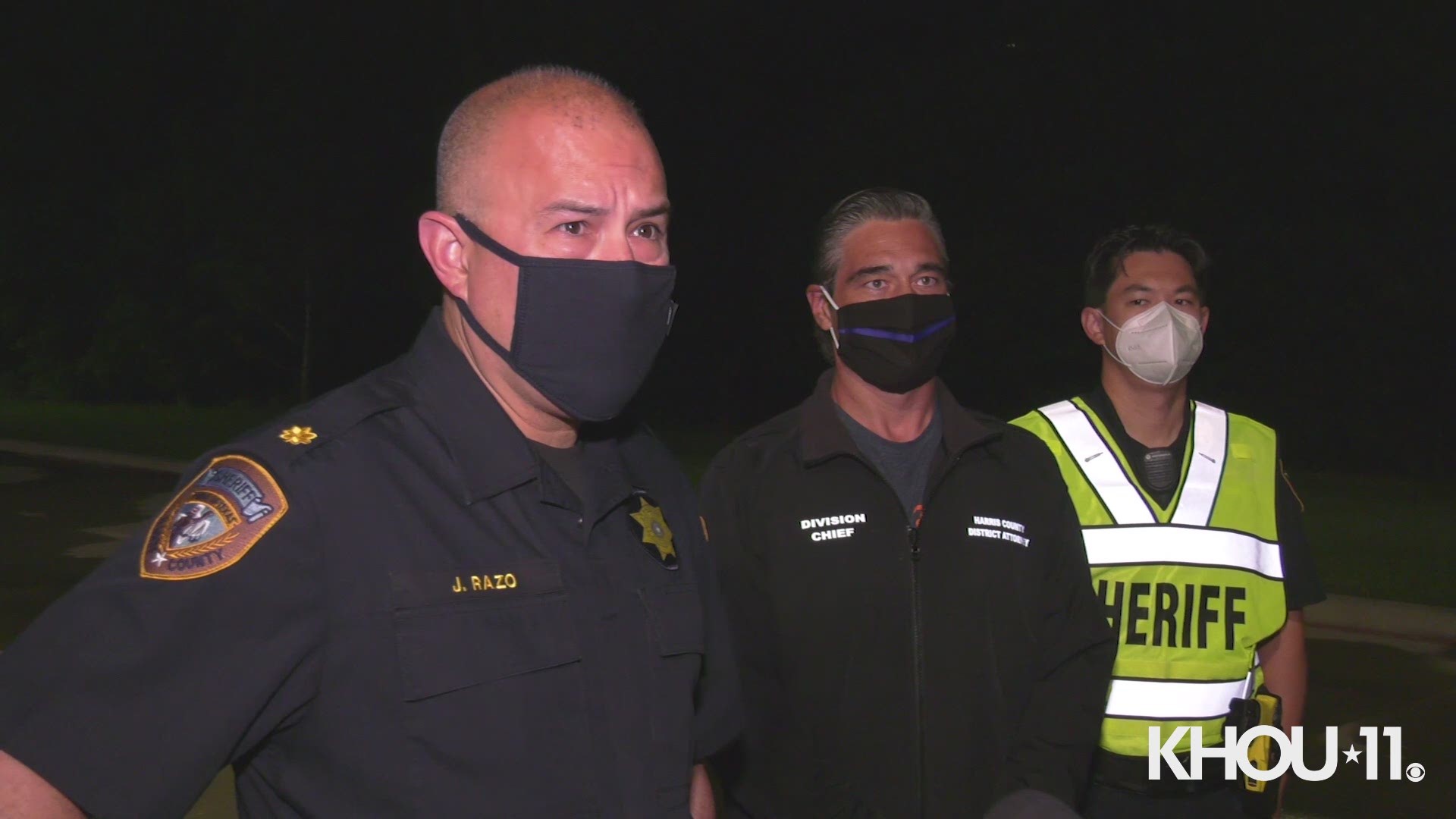 HARRIS COUNTY, Texas — An Uber driver was killed after a Harris County deputy crashed into his vehicle during an overnight chase.

Authorities said a patrol deputy saw a man and a woman arguing in a parking lot near the intersection of Fry Road and I-10 at about 1:30 a.m. Sunday. The man and woman then got in a car and left the parking lot. Deputies said the driver of the car started speeding on the feeder road, going about 90 mph in a 50 mph zone.

Harris County Sheriff’s Office authorities said the chase started when a deputy attempted to pull over the vehicle. During the chase, the suspect's vehicle made a U-turn near Greenhouse Road and came back heading east on the feeder road of the Katy Freeway, deputies said.

As the suspect attempted to get back onto the freeway, he passed a vehicle, but the deputy who was in pursuit struck the vehicle, which happened to be an Uber driver with a passenger.

Credit: OnScene
An innocent rideshare driver died after a Harris County deputy crashed into his vehicle during a pursuit with a chase suspect overnight.

The deputy’s vehicle came to rest in some nearby trees while the suspect vehicle also struck some trees before coming to rest near the entrance ramp to the freeway, deputies said. The Uber vehicle ended up on the side of the freeway.

Credit: OnScene
The rideshare vehicle ended up on the side of the freeway.

After crashing, the suspect and the girl who were in the car ran across the main lanes of the freeway to a hospital. An off-duty deputy arrested the 17-year-old suspect, according to deputies. Authorities believe the woman got into a Jeep and left the scene.

Credit: OnScene
The suspect then ran across the main lanes of the freeway to the hospital on the other side. Deputies said an off-duty deputy working an extra job arrested the suspect driver.

Investigators said the suspect driver was out on bond for a felony charge and they believe alcohol was a factor in the incident. The Harris County Vehicular Crimes Division is investigating the case.

“Our condolences go out to the family of the deceased,” HCSO Major Jesse Razo said.

Uber released the following statement after learning of the rideshare driver's death:

“We are devastated to learn of this tragedy and extend our deepest thoughts to all those grieving during this difficult time.”

Sean Teare, the chief of the Vehicular Crimes Division, said the suspect driver faces a potential felony murder charge which could result in life in prison if found guilty.

Teare also said investigators will work to determine how the 17-year-old had access to alcohol, including checking to see if an establishment served him.