The man was yelling expletives and waving the machete around as he chased the bicyclist down the street, witnesses said. 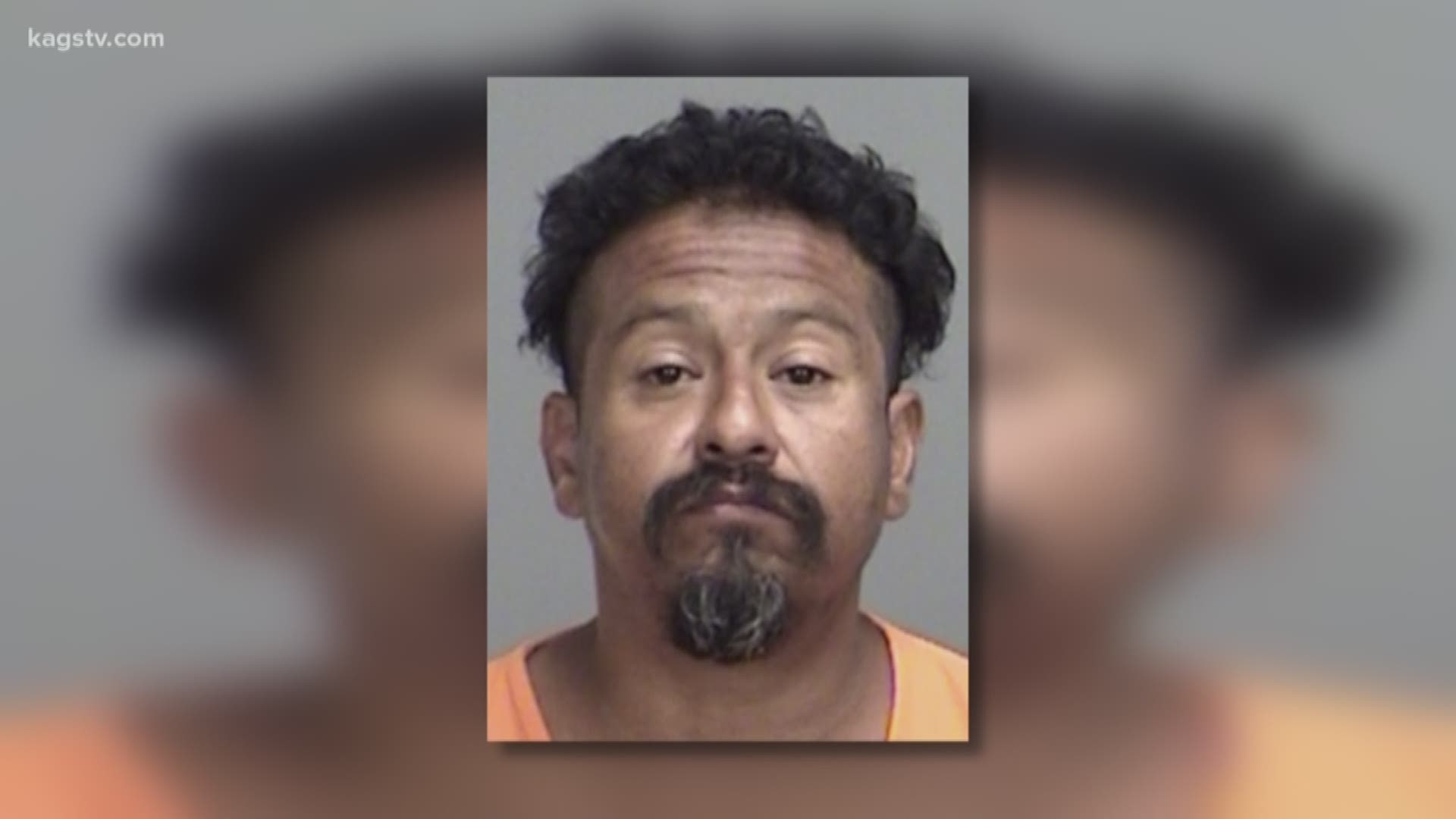 BRYAN, Texas — A man who was seen chasing a bicyclist down South Texas Avenue with a machete has been arrested.

Heriberto Ariza Jr., 48, is charged with aggravated robbery in the case.  He was not interested in talking to law enforcement about what happened at the time of his arrest, police said.

Police got the call for help just before 7 PM Tuesday.  Witnesses said they saw Ariza chasing a man on a bicycle who was waiting for traffic to clear on South Texas Avenue.  He was shouting expletives at the man while waving around a machete and demanding the victim hand over his bike, they said.

The victim told police he saw Ariza shouting at traffic on the sidewalk when he rode his bicycle by and when he stopped at the intersection of South Texas Avenue and Hensel Avenue, he turned to see Ariza running at him with a machete.

The victim said Ariza was swearing at him and yelling "Get off your bike!" while waving the machete in the air.

The victim saw a piece of PVC pipe on the ground, got off his bike and used the pipe to keep Ariza away from him, he said.

Ariza then took the bike and tried to leave, but when police got to the scene he threw the bike into a pole and walked away.  Police said Ariza was cooperative while being arrested, but didn't want to talk about it.

At last check, Ariza, whose driver's license states he is from California, is still in the Brazos County Jail on $19,000 bond.

RELATED: Second convenience store robbery in Bryan in less than a week, suspects get away