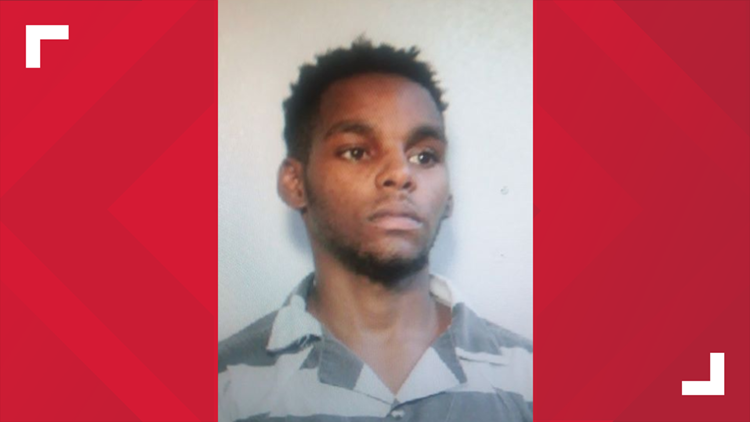 Photo by: MADISONVILLE POLICE DEPT.
Da'Tavion McCarty, 19, is charged with aggravated robbery and is currently in the Madison County Jail.

MADISONVILLE, Texas — UPDATE: Madisonville police have arrested the suspect linked to a robbery from Tuesday afternoon.

McCarty walked into a store on the 800 Block of South May Street just before noon today with his face covered with a t-shirt and a gun in his hand, police said.  He demanded money from the store owner, but the owner was able to wrestle the gun away from him and McCarty ran from the store, according to police.

The Madisonville Police Department is investigating an armed robbery that happened late Tuesday morning at a convenience store.

It happened on the 800 block of South May Street just before noon.

The suspect is described as a young black male. The man walked into the store with a black t-shirt covering his head and face and pointed a gun at the store owner, police said.

When the suspect reached over the counter towards the cash register, the store owner grabbed the suspect's hand with the gun and the two began struggling, police said.

The store owner was able to get control of the gun and the suspect ran from the store, leaving the weapon and his black t-shirt behind.

If you have any information or if you were in the area and witnessed anything, please call the Madisonville Police Department at 936-348-3317.