Police say an unlicensed driver was responsible for the crash that killed a 21-year-old man on Wellborn Road. 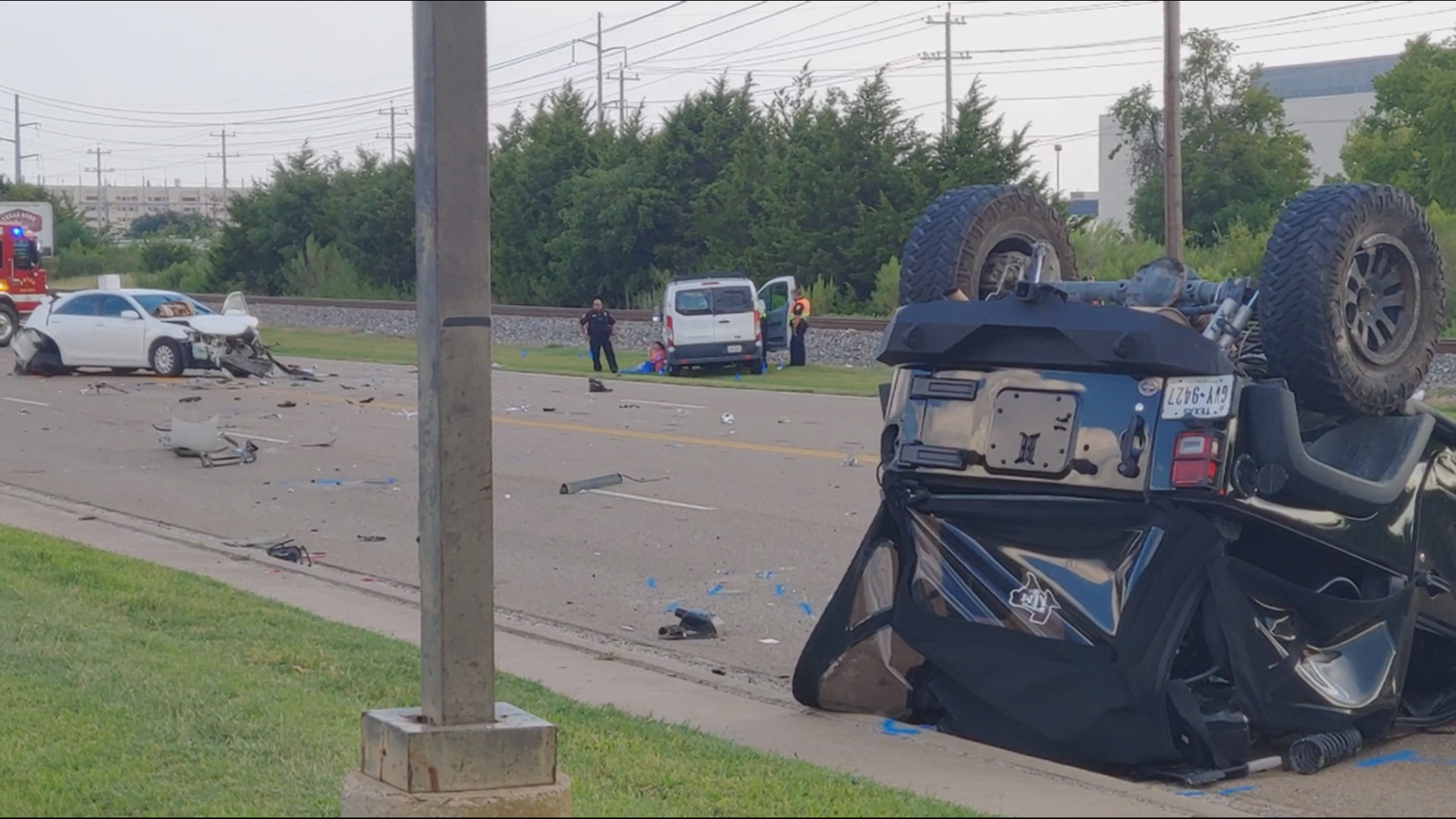 BRYAN, Texas — UPDATE: Police have identified the person who was killed in a three-vehicle crash on Wellborn Road Friday afternoon.

William Elder, 21, of Mineral Wells, died after the Jeep he was driving was hit by another car.  Police said the car had been hit from behind by a person driving a van.  The van driver was ticketed for speeding and not having a license.

Bryan police are investigating a fatal crash on the 4200 block of Wellborn Road that happened late Friday afternoon.

At about 4:15 p.m., a Toyota Camry stopped to make a southbound left-hand turn into the Westgate Shopping Center when it was hit from behind by the driver of a Ford van, police said.  The Camry was pushed into oncoming traffic and hit a Jeep that was traveling northbound.  The Jeep rolled down the street and came to a rest on its roof.

The driver of the Jeep, a 21-year-old male, was thrown from the vehicle and died at the scene.  He was not wearing his seatbelt, police said.

The drivers of the car and van were not hurt.  The driver of the van was issued a ticket for failing to control speed and not having a driver's license.

The family of the man who was killed is still being notified.  Police have not yet released his identity.

RELATED: Police: Man attacked from behind, robbed of wallet in College Station