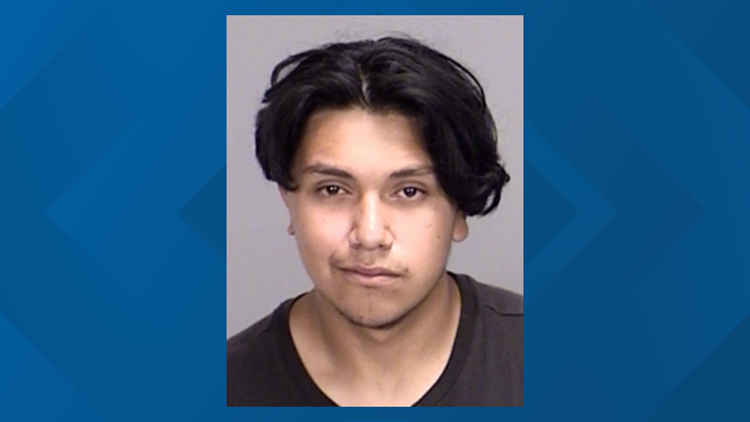 Photo by: BRAZOS CO. JAIL
Moses Sustaita, 17, is charged with evading arrest and theft of property of more than $30,000. Two juveniles were also arrested in connection to the crime, police said.

BRYAN, Texas — Three teens have been arrested after the theft of a truck in Bryan.  Moses Sustaita, 17, is charged with evading arrest and theft of property greater than $30,000.  The victim told police his truck is worth about $80,000. The two other teens arrested in the case are juveniles, police said.

Officers responded to a parking lot near East 23rd Street and Chadley Circle. One of the officers said he spotted the three teens walking away from the truck and when they saw each other, the teens began running away.

The officer chased two of the teens to the 1100 block of East William J. Bryan Parkway.  Sustaita and the other juvenile were arrested at a home a short time later.  The other juvenile was also arrested a short distance away from where the truck had been found.

It was later discovered the victim had recovered his 2019 Ford F350 through an app on his phone.  The victim said he had tracked the truck's location to the parking lot.

After questioning Sustaita, he said one of the other juveniles had told him they had just gotten a new truck and the three of them had been taking rides around town in it.

Sustaita is currently in the Brazos County Jail on $30,000 bond.  The other two juveniles were also charged with evading arrest and theft of property greater than $30,000.  They were booked into the Brazos County Juvenile Justice Center.