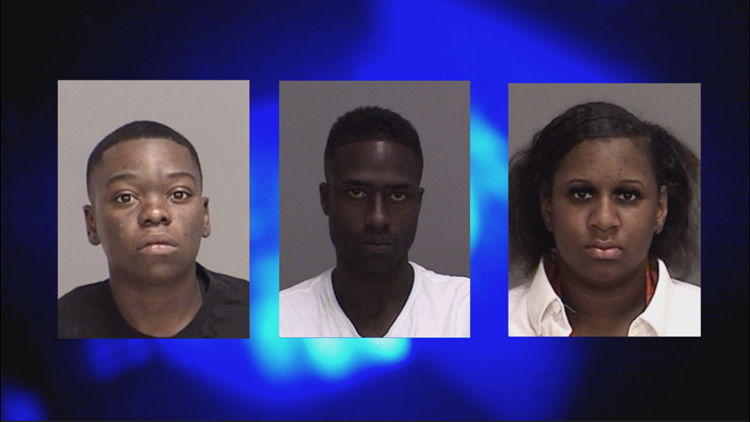 Photo by: BRAZOS CO. JAIL
From left to right: De Angela Merrell, 26, of Houston, Juvernia Mitchell, 31, of Houston and Nardia Carr, 17, of Spring. Merrell is charged with armed robbery after a witness said she pointed a gun at him after he tried to stop her in the parking lot of the store.

Three people have been arrested after being accused of shoplifting and armed robbery at a sporting goods store in College Station.

It happened at the Academy Sports and Outdoors store on the 2500 block of Earl Rudder Freeway South just before 5 p.m. Saturday.  A store employee told police Merrell and Carr were inside the store and had taken several pieces of clothes and pairs of shoes.  She said the pair walked by all of the registers without attempting to pay for them and left the store.

The employee told police she chased the two out into the parking lot as they were running to their car.  A man in the parking lot said he saw the store employee chasing after the two people and saw them get into their car.  He said he got into his truck and blocked them in an effort to stop them from leaving. Merrell, who was in the front passenger seat, pointed a gun at the man, he said, and threatened him.  The man backed off and Merrell and Carr, along with Mitchell, who was already in the car, left the parking lot.

After a brief search, College Station police, with the help of Texas DPS, found the suspects' car and made a traffic stop.  Upon searching the car, police said they found a handgun in the glove box.  They also found multiple clothing items from Academy, Marshalls and Dillards in the car, according to court documents. 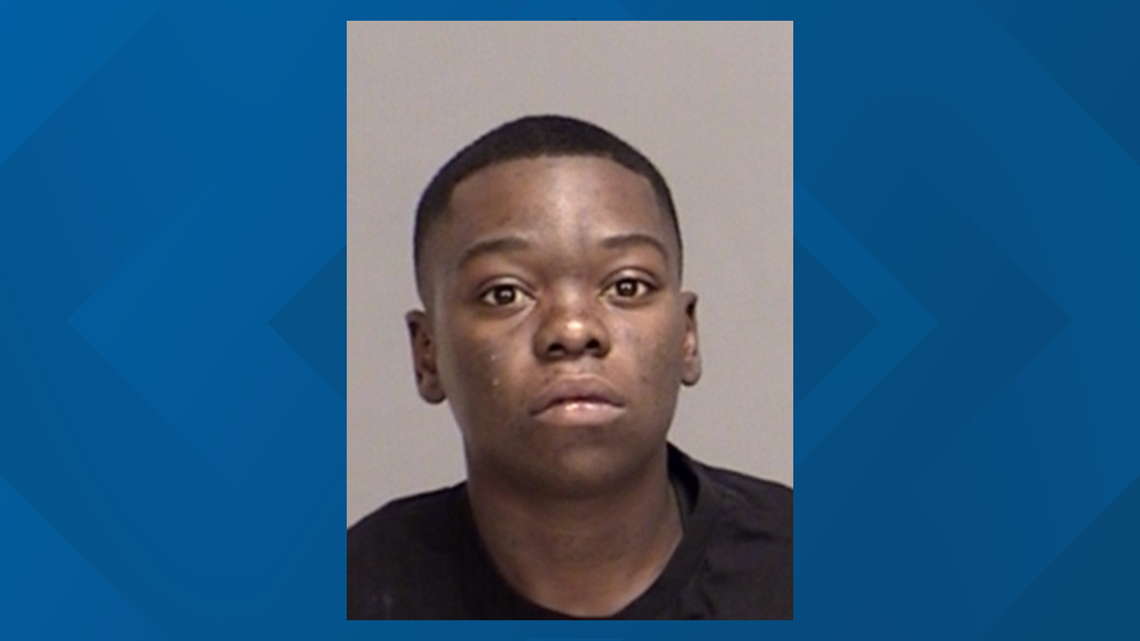 01 / 03
De Angela Merrell, 26, of Houston, is charged with armed robbery. She is accused of pointing a gun at a man who tried to stop her from leaving the Academy Sports and Outdoors store in College Station. A store employee claims Merrell and her accomplice, Nardia Carr, stole several items from the store.
02 / 03
Nardia Carr, 17, of Spring, is charged with theft of property. Carr is accused of stealing several pieces of clothing and pairs of shoes from Academy Sports and Outdoors in College Station. Police said they also found several articles of clothing from other stores like Dillards and Marshalls in the vehicle Carr was driving.
03 / 03
Juvernia Mitchell, 31, of Houston, is charged with theft of property. Mitchell told police he didn't know his accomplices, Carr and Merrell, were going to steal items from Academy Sports and Outdoors. He was found sitting next to several stolen items when police initiated a traffic stop.

When questioned by police, Carr admitted she and Merrell stole several items from Academy and ran out of the store.  She said a man tried to block her car with his truck and while she saw Merrell with the gun in her hand, she said she didn't know if Merrell threatened anyone with the weapon.

Mitchell said he had been waiting in the back seat of the car and claimed he had no idea Carr and Merrell were going to steal from the store.  He said he never saw Merrell with a gun.  He was found sitting next to several stolen pieces of merchandise, police said.

Merrell told police she had just bought the gun from a pawn shop in Houston but denied she ever took it out of the glove box or threatened anyone with it.  After interviewing the man who tried to block the suspects' car, police said the man was able to pull up a picture on his phone of the exact make and model of the one found in the glove box of the suspects' car, according to court documents.

The total amount of items recovered from the vehicle from Academy was just over $600, police said.

Merrell is currently in the Brazos County Jail on $41,000 bond.  Carr and Mitchell both have bonds of $3,000.  At last check, all three were still in jail.

RELATED: College Station Macy's employee charged after being accused of giving away merchandise