The Fourth of July a road rage shooting off of West Mount Houston will likely leave two babies scarred for the rest of their lives, if not worse. 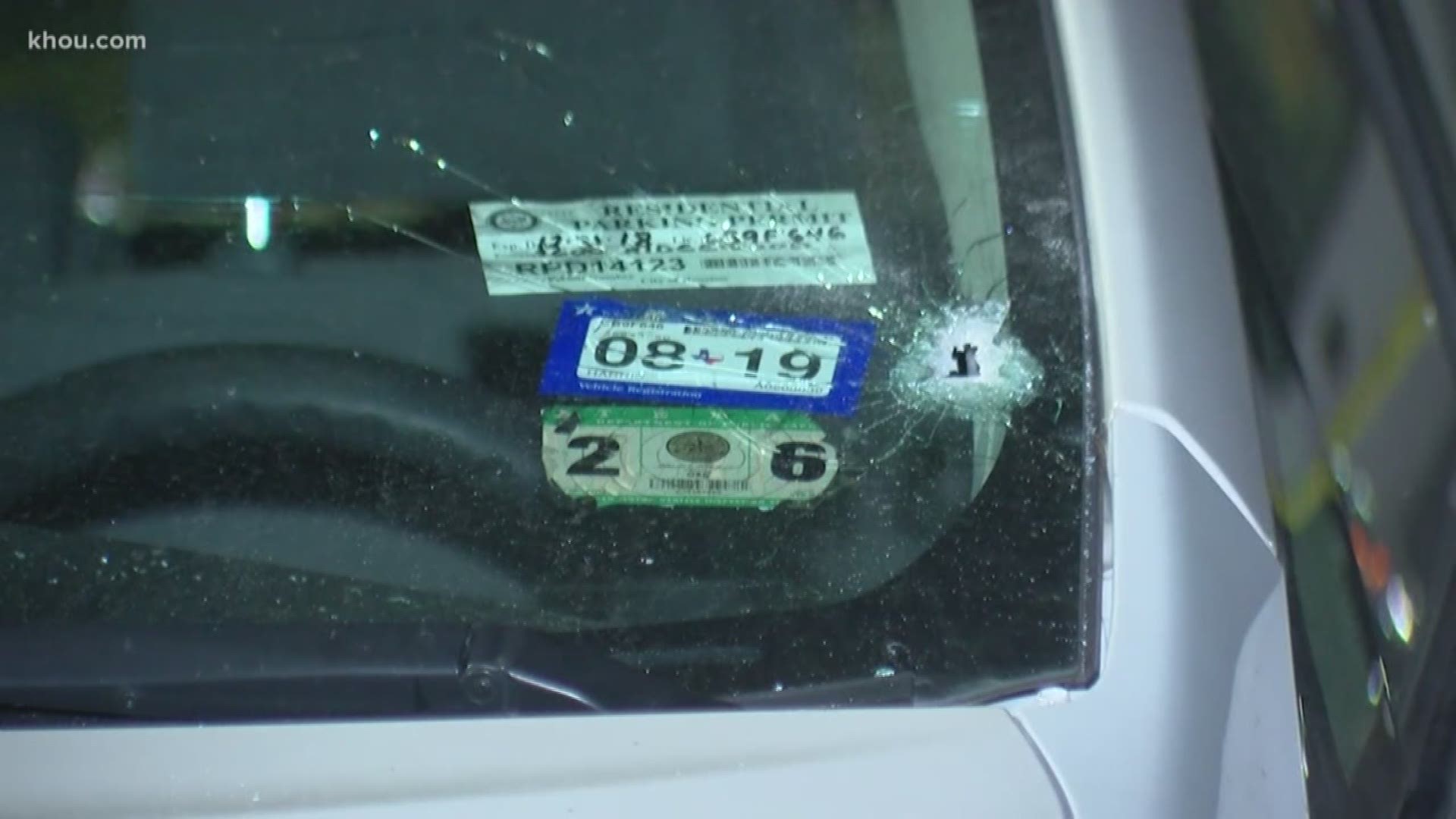 The resident told deputies two men involved in a road rage fight wound up outside of his home.

The homeowner says he confronted one of the men and the driver tried to run over him, so he fired.

The resident has not been charged with a crime.

This is the latest incident in a wave of violence across the Houston area stemming from road rage.

KHOU 11 has covered a number of violent road rage incidents in the past two weeks. Many times the people who were hurt had nothing to do with the fight.

Deputies say a pickup truck and a Range Rover were involved in a minor crash near Cypress on June 21.

The driver of the Range Rover called his friend as the vehicles were stopped.

Deputies say the friend showed up and was shot and killed by the driver of the truck.

Road rage was to blame for another shooting a few days later in Katy near Morton Ranch Road and Mason Road.

An innocent driver was hit by a bullet on July 2 on Waugh Street near Allen Parkway.

“There were two vehicles, got into some kind of a road rage incident, the occupant of that vehicle got out and shot at the other vehicle,” said HPD Lt. Larry Crowson.

The bullets hit the target’s vehicle but also a man at a stop light.

“He was waiting at the traffic light with his wife,” Lt. Crowson said. “He was transported to the hospital.”

Only the Fourth of July a road rage shooting off of West Mount Houston will likely leave two babies scarred for the rest of their lives, if not worse.

“The other male proceeded to fire into victims vehicle,” said HCSO Dep. Tom Turner. “The victim had just stopped at a fireworks stand purchasing fireworks for his two children. One of the rounds struck the vehicle causing the fireworks to explode catching the vehicle on fire.”

“It just started lighting up and erupting in the middle of the street,” HCSO Sheriff Ed Gonzalez said.

RELATED: 'Take a few minutes just to chill' | How to stay in control during road rage situations

“We’ve just got to calm down here in our community and develop a safe driving culture. Too many people out there are getting hot-headed for whatever reason. Just let it go. It’s not worth it.”