DNA technology is painting a picture of a suspect without ever actually seeing them. 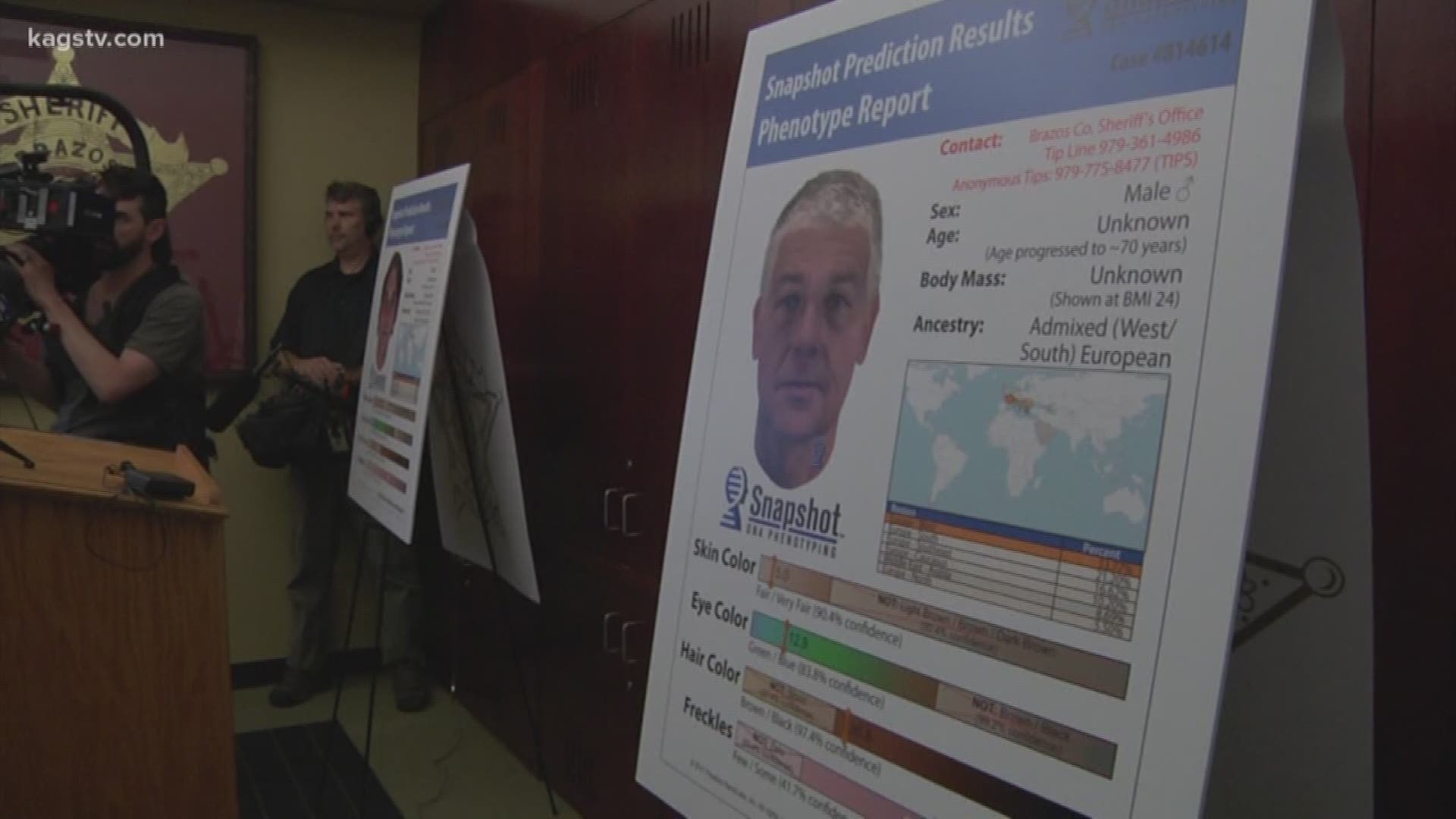 BRAZOS COUNTY, Texas — DNA technology is helping lead investigators to solving major crimes by painting a picture of a potential suspect - without ever seeing them.

Computer-generated pictures of suspects are unveiled though Snapshot, an analysis that generates leads in investigations through DNA.

Parabon NanoLabs in Virginia determines how genetic information translates into a person’s physical appearance. They take different genotypes from samples submitted by law enforcement, enter that in a computer algorithm, and can predict what a potential suspect may look like.

The process is called phenotyping.

“We know DNA codes for your eyes, the shape of your face and we are just reading that information out,” Greytak said.

When investigators send a DNA profile taken from evidence to Parabon, scientists put them in a computer algorithm to predict physical traits. Genetic information is given a numerical value, which creates a scale of options.

"In this prediction, this person is more likely to have blonde hair, it could have brown but most definitely not black,” said Greytak.

Once Parabon makes a prediction profile, those profiles are given back to law enforcement, including multiple categories with confidence levels for each.

Greytak says the profile will not identify one individual, but can help narrow down the suspect pool.

“What we focus on is who it’s not,” Greytak said. “We are never going to say take this person off the list, but we are saying they are less likely to match.”

This technology has been used to help law enforcement since 2015, even here in the Brazos Valley.

Kirk has used the technology before and has seen the results play out.

In December 1981, Kirk was a jail officer at the time and was assigned his first murder.

"It haunted this community," Kirk said.

A man called the Real Estate Mart in Bryan saying he wanted to buy land in the Wellborn area. Virginia Freeman agreed to go meet him.

Once she got to the house off Greens Prairie Rd, the man attacked, stabbed and strangled her.

Investigators tracked down every lead, interviewed suspects, but never got any answers. A murder was left unsolved for decades.

It wasn't until 37 years later when those who worked the case, and the community, found out who killed Freeman.

"We were able to solve this case with the help of Parabon," Kirk said.

DNA evidence was found under Freeman's fingernails during the autopsy. It was clipped and bagged, but sat on the shelf untested.

"The forensic technology we have today, wasn't even thought of at this time," Kirk said.

Once technology was able to catch up with the times, Kirk said the Sheriff's Department had no hesitation sending the sample to Parabon.

"It was exciting when we thought we could identify a subject," Kirk said. "We whole-heartedly wanted to find this killer."

Parabon created a profile and sent it back to the Brazos Valley. It was from there when a DNA sample submitted to a genealogy site showed a match. It belonged to the suspects great-grandmother. Because they knew the suspect was male, detectives were able to narrow down their suspect and identify James Otto Earhart as the killer.

"It was great pleasure to announce that case had finally been solved," Kirk said.

But, as law enforcement is leaning on help from private labs, community concerns are also rising about personal information being shared - since some samples are sent in with only the goal of learning about your ancestry, not about a family member's potential criminal background.

So, is information submitted to ancestry services at risk?

Many of the ancestry databases are private, meaning law enforcement can't access them. But, few are considered "open-sources," meaning labs such as Parabon may have access and can share the results.

Aside from the criticism, law enforcement said with each advancement in technology, it’s bringing them one step closer to solving more cases.

"When you prove up a case of homicide or serial type of killer, it outweighs some of those concerns that people may have," Kirk said.