If the bond is approved in this upcoming election, there will be a small tax increase in Bryan over the next 4 to 5 years. 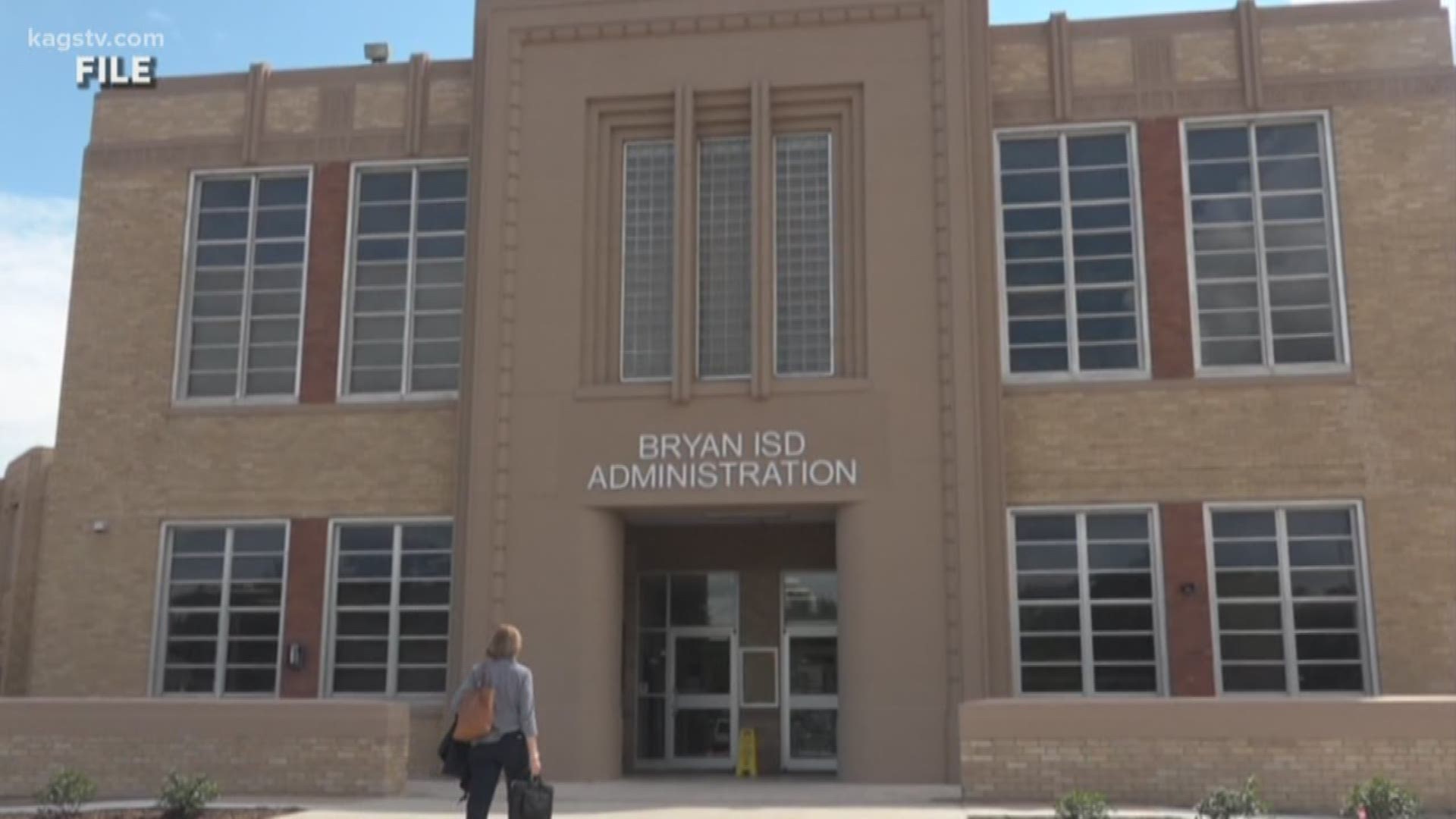 The Bryan ISD school board has elected to call for a bond election this upcoming May. If approved, this will raise taxes by .875 of a cent.

“Most school districts would have just called for one bond election this year, but we knew that we could get 12 million dollars last year approved by the voters without any tax rate increase and we could get to work on the some of the immediate needs we had upgrades to roofing, upgrades to mechanical, plumbing upgrades, some safety upgrades,” said Bryan ISD Executive Director of Communications Matt LeBlanc.

The 2019 bond that was approved by voters allowed for 12 million dollars to focus on the immediate needs for Bryan ISD. This new bond in 2020 will also continue to focus on the district's needs through a small tax increase over the next four to five years.

“Philosophically Bryan ISD believes that 800 is a good number for the intermediate level. So we want to have a third intermediate school, not only to help drop the numbers because the schools are full but also 800 is a better number for intermediate students to learn,” said LeBlanc.

Along with adding more classrooms to Rudder High School and renovations to SFA Middle School, this new bond will also build a new transportation and maintenance facility.

“Our transportation facility was built in the 1970s’ and it has not been upgraded since then. And our district has grown a lot since the 70’s. From 30 something bus routes to over a hundred now. And then there are just the needs of wear and tear that will happen on a building that was not that well-built to begin with because it was essentially an old bus barn, but now the needs of the transportation department are greater than that,”  said LeBlanc.

The district worked with the stakeholders and examined every single facility, including buses under Bryan ISD, to determine the needs and priorities for the school district so that this bond might reflect its needs the most.

"Pass or fail, whatever the result is, the result's good because that is the voters of Bryan ISD speaking, and that's important. What we can do is provide them with all of the facts and all of the information about this, and that's what we're doing right now."

If passed, the school district will be ready to launch straight into action.

"Forbidding on these projects, most of that is going to wait until voters decide whether or not this bond is going to pass. But, we have to have the head on who bids just in case the bond is going to pass, and if it doesn't, that's okay. So we've gone out for bid right now on the annex work on SFA, and on the new transportation facility, because we knoe if this bond passes, we need to get working on those right away."

Election for the $175 million bond is in May, and the school district wants ints voters to be fully informed on what it encompasses.