Bryan ISD prepares for the second six-weeks of school

There will be several changes at the start of Bryan ISD's second six-weeks of school, like more students returning to on-campus learning and added safety guidelines. 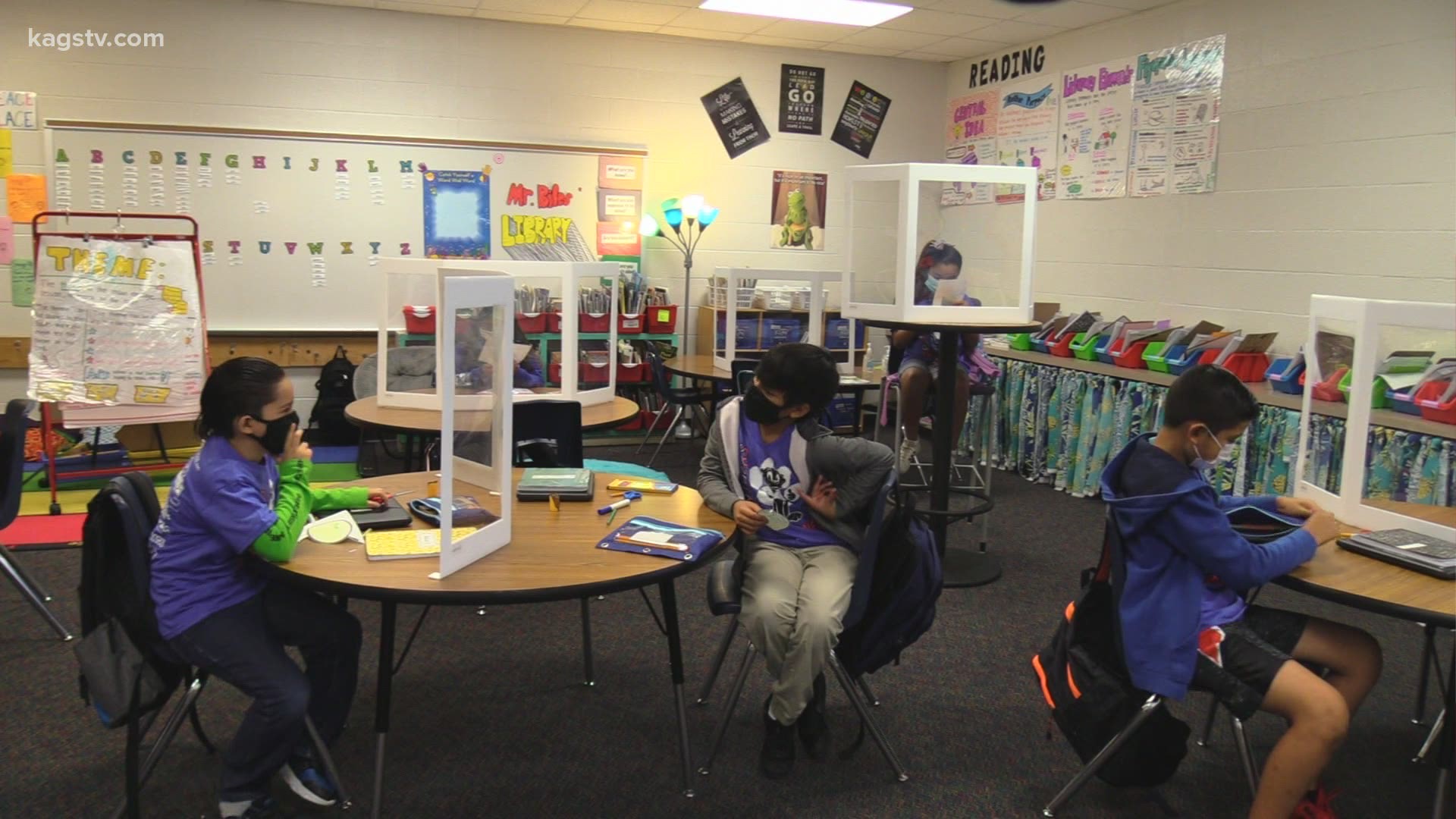 Bryan ISD is entering its second six weeks of school starting Monday and that means there are some changes happening around the district.

When Emily Mayerhoff and her family were deciding how her children would return to learning at Bryan ISD before school started this fall, it was a group discussion.

“We wanted the girls to decide what type of learning experience they would have this year and they all decided they wanted to go face-to-face," said Mayerhoff, who has three students who are in the Bryan school district.

As the family got closer to the second six weeks of school, they had another conversation on which learning model they would choose going forward.

Bryan ISD offered parents and families a commitment window at the beginning of September to change their student's learning model for the new six weeks. Some students who were working from home will begin learning on campus and vice, versa starting Sept. 28.

Parents who did not want to change their student's learning model did not have to do so.

“We actually allowed our two high school daughters to stay home and do virtual learning as an experiment to see if they would be interested in switching to that format," Mayerhoff said. "They both liked it but they both preferred staying on campus for face-to-face learning.”

Sixty-eight percent of the district will be learning on campus for the new six weeks, compared to 53 percent the previous six weeks. Only 27 percent of students have chosen the at-home model for the next six weeks, which is down from the 42 percent in the first several weeks. The hybrid model is also seeing a decrease with only four percent opting for that model compared to five percent before.

“For us having these students come back on campus is not going to be that big of an impact," said Matthew LeBlanc, the executive director of communications and public affairs for Bryan ISD. "We’re already set up with our sneeze guards, with our PPE and our safety practices on campus.”

There will be another opportunity for students to change their learning modeling before the third six-weeks of school. A date for the commitment window has not been announced, but the school district will keep families updated."

The safety practices around some school campuses are also changing a bit.

Starting Monday all students (PreK-12) in Bryan ISD will be required to wear masks.

“The vast majority of our students in all grades are wearing their masks and doing a great job," LeBlanc said.

Previously, only students in grades 3-12 were required. Now it is extending to the preschool level.

“A request came from some parents and some teachers to have everyone wear a mask," LeBlanc said. "Because it's exposing one or two students in those lower grades who don’t have a mask on.”

Because so many students in younger grade levels are already wearing face coverings and have proven to have no issues, the district believes it makes sense to require it all ages.

Bryan ISD also wants to assure there is going to be leniency with the mask-wearing for the younger children.

“If a mask is not on it’ll be a teaching moment," LeBlanc said. "The teacher will remind the student to please put that mask back on and why that is important.”

As school districts continue to adjust and make changes through this time, parents, like Mayerhoff, said they are glad they have options for learning and that safety remains a priority.

"My kids actually told me if they had to wear a hazmat suit to go back to campus, they would do so," Mayerhoff said. "The mask is a better option than a full hazmat suit.”

REMINDER: Masks will be required for all Bryan ISD students (PreK-12 grade) at the beginning of the 2nd Six Weeks on...