Alena Vitha, 17, is one of 16 winners of an international art contest. 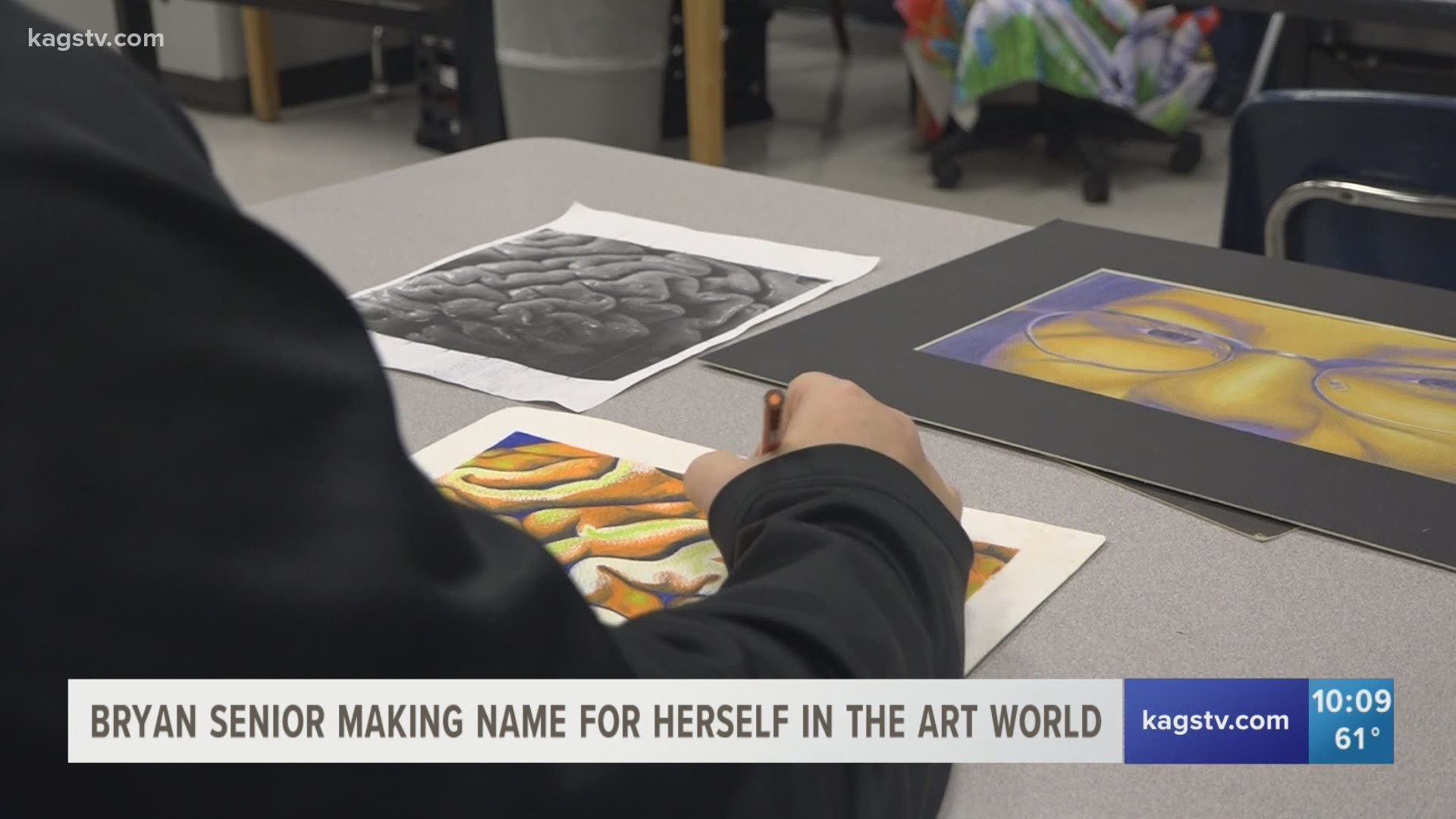 BRYAN, Texas — At the end of the school year, art students at Bryan High School stay after class to complete their final projects. Among the crew is 17-year-old Alena Vitha.

“I’ve been doing the [International Baccalaureate] Visual Arts class, which is super involved and you have creative freedom," said Vitha.

The high school senior has been involved in art since she was in the eighth grade. However, creativity has always been part of her life.

“I like the fine arts so like performing, I do color guard and I just like drawing," Vitha said. "It’s always something that I just love to do.”

Having been involved in art programs throughout high school has given Vitha more confidence. Not just in artistic choices, but in life.

"Being able to be fearless and go forward with whatever you’re doing because you have faith in yourself and faith in the process that’s something I’ve definitely carried with me," Vitha explained.

That same fearlessness is what drives Vitha to put her projects out into the world and enter art contests- even if these competitions are on a global spectrum.

"There’s a lot of virtual competitions you can enter, which is really a great opportunity in terms of expanding your horizons," Vitha said.

When the opportunity came along to enter the international Picasso Sparkling Imagination Contest, Vitha was up for the challenge. The competition reaches more than 69 countries and receives more than 19,000 entries.

The Bryan High School student entered her piece, 'Through the Lens.'

"Finally months later, I forgot about it and then all of the sudden I get an email that said I had won," Vitha said.

Her artwork was one of 16 pieces chosen in the 15-19 age range of the world competition. Vitha was the only entry selected from Texas. She and one other young artist were the only two selected from the United States.

The winning pieces, like Vithia's, will be on the Picasso Art Contest website for the world to see for the rest of the year. According to the contest, works of art on display are seen by more than 129 countries.

Vitha will attend Texas A&M Univerity in the fall and plans to go into the engineering program on campus. While she won’t be pursuing art as the focus for her higher education career, she said she will always keep the craft in her life.

“I’m just so thankful I’ve been able to have this experience," Vitha said.