"You don't tell people in pain how to handle their pain," The Rev. Al Sharpton said at the funeral. 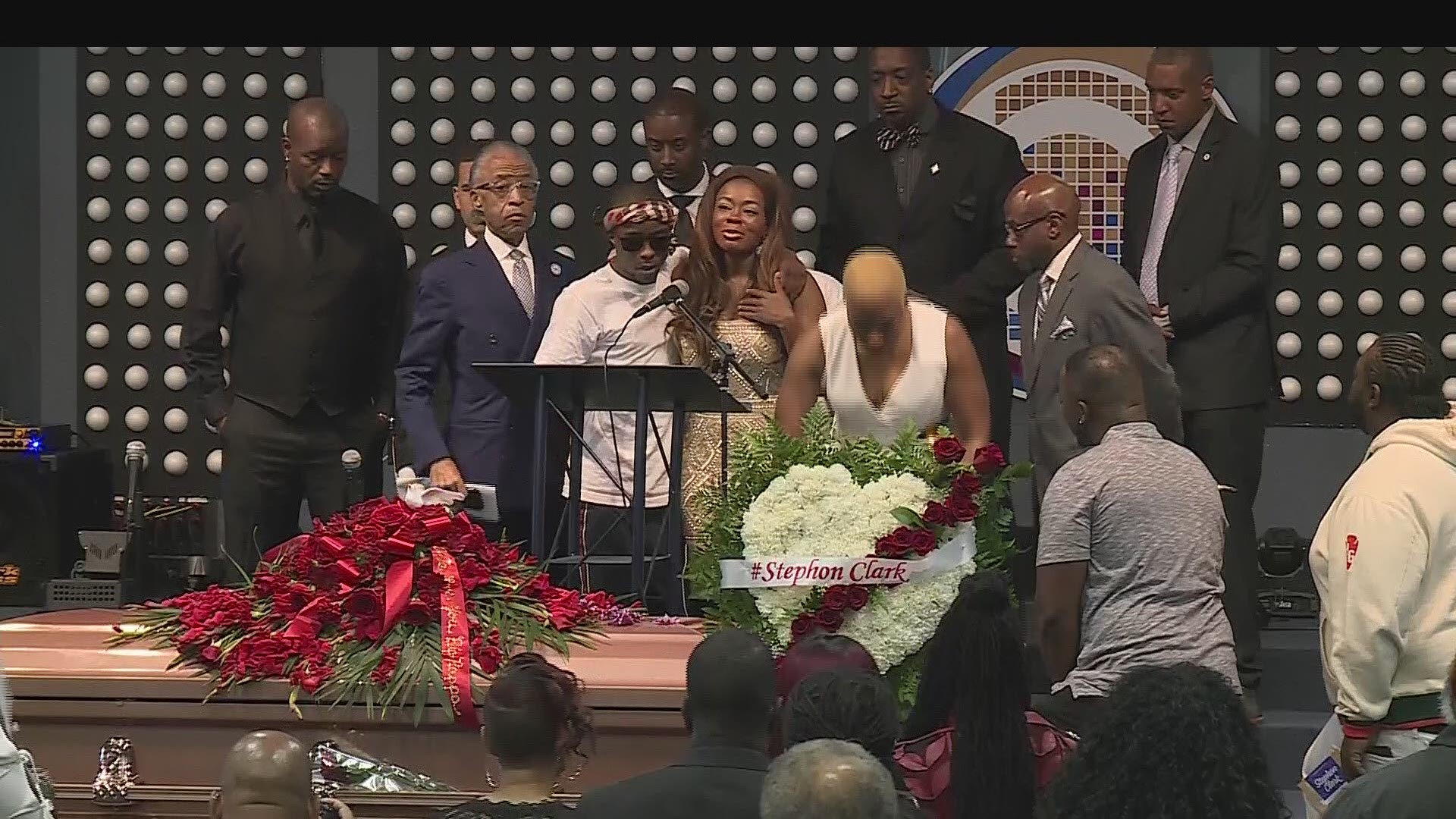 "Stephon was taken from us far too early," read the funeral program for the 22-year-old shot and killed by two Sacramento police officers in his grandmother's backyard.

At the funeral Thursday, a flower arrangement was decorated with a "Rest in Power" banner.

His family, protestors and community activists have been outspoken since the March 18 shooting, demanding accountability for Clark, who was shot at 20 times. 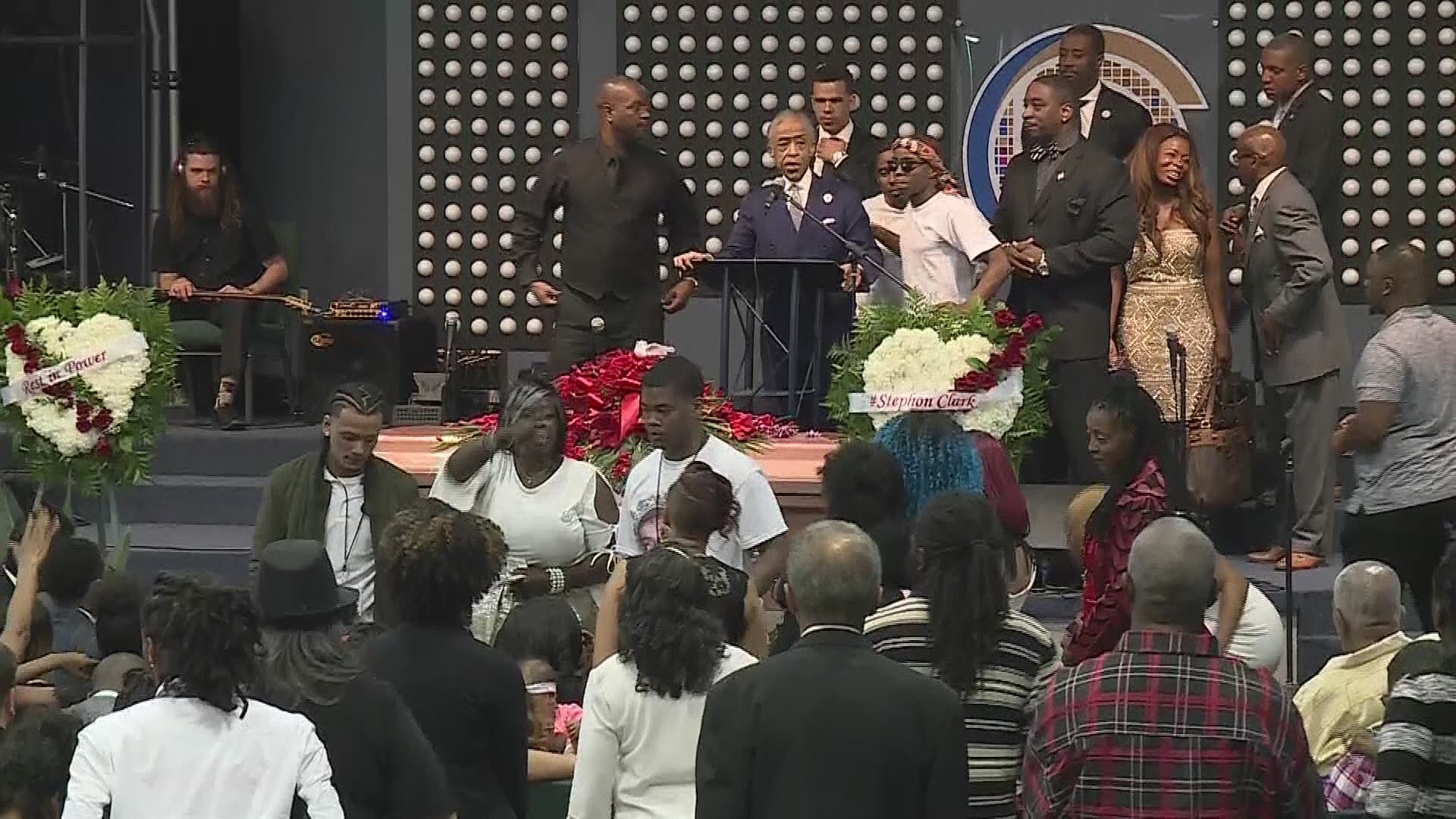 "You don't tell people in pain how to handle their pain," The Rev. Al Sharpton, who did the eulogy, said. "We will never let you forget the name of Stephon Clark until we get justice."

The musical and scriptural celebration of Stephon Clark was interrupted by his emotional brother Stevante, who hugged and kissed the casket, led the crowd in chants of his brother's name and interrupted speakers. The Rev. Al Sharpton hugged and consoled him and told the crowd not to judge how families grieve.

"We will never let you forget the name of Stephon Clark until we get justice," Sharpton thundered. "This is about justice. This is about standing with people with courage."

Sharpton delivered his eulogy with Stevante Clark clutching him around the neck. The New York preacher said it was time to "stop this madness" of fatal shootings by police officers.

Stevante Clark later apologized for his behavior. At the funeral, he addressed Steinberg, who was one of the few white people in the audience that included former Sacramento Kings player Matt Barnes.

"We're going to forgive the mayor, amen," Clark said. "Everybody say they love the mayor."

Clark and Sharpton also led people in a call and response, shouting, "I am," and the crowd responding, "Stephon Clark."

Shernita Crosby, Stephon Clark's aunt, has said the family isn't "mad at all the law enforcement."

"We're not trying to start a riot," she said. "What we want the world to know is that we got to stop this because black lives matter."

Stephon Clark’s cousin shares a personal poem: “God didn’t put us here to keep killing & hating...Please pray for us and the world for what it’s become today.” #StephonClark @ABC10 pic.twitter.com/PEq2MYopZp