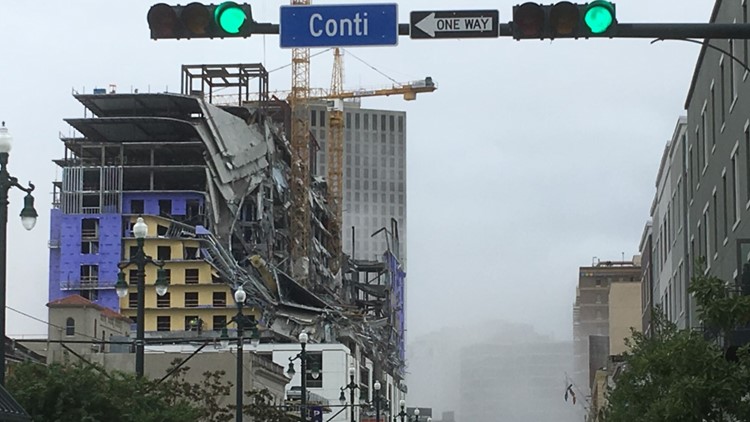 Photo by: Courtesy of David Donze

'We are in rescue mode:' 2 dead, 1 missing, 30 injured in Hard Rock Hotel collapse

The search continued Sunday for a person trapped inside the Hard Rock Hotel after the building partially collapsed without warning on Saturday morning.

Around 9:12 a.m. Saturday, the top floors of the unfinished hotel collapsed while construction workers were both inside the building and outside on Canal Street. Two people were confirmed dead and another 30 were hospitalized. All but one of the injured victims were released from the hospital by Sunday morning, city officials said.

The deceased victims were not immediately identified. One was found shortly after the collapse and was pronounced dead on the scene. The other was located Saturday night, hours into first responders' search and rescue operation. First responders, however, were unable to immediately recover the body in the rubble.

Rescue operations were suspended Saturday night but continued Sunday to find the remaining victim trapped inside the building. Emergency crews made entry into the building, officials said Sunday morning, and a 110-ton crane transported from Baton Rouge was used to stabilize another large crane that remained unsupported on the hotel.

“It is still very unstable,” New Orleans Fire Department Superintendent Tim McConnell said of the building. "This will be a marathon."

City leaders closed a large part of the area and were evacuating other buildings near Canal and North Rampart streets because of concerns that more of the Hard Rock, which was still under construction, could fall.

“The crane is still in place, but it’s unsupported,” McConnell said. He also likened the rescue operation for those missing to the aftermath of an earthquake.

Eyewitness video provided to WWL-TV shows the top floors begin to collapse on top of one another before the wall on the North Rampart Street side of the building crashed to the ground below. Workers could be seen in the video running to safety on Rampart as the collapse happened.

Two large cranes were being used to build the high rise. One swayed precariously after the building collapsed, and bits and pieces of debris continued to fall to the ground below.

Gov. John Bel Edwards was on the scene and said the 270-crane also worried him. “When you see the crane listing away from the building … this is very serious.”

The cause of the collapse was not immediately known, but on Sunday morning Mayor LaToya Cantrell said the rescue mission would shift into an investigation that would "be relentless" into what happened.

Rampart Street was littered with debris, including concrete and mangled steel. One man in a safety vest sat on the curb and appeared to hold the side of his head while wincing.

The Hard Rock Hotel was planned as an 18-story building with 350 rooms that would’ve also had 62 condominiums. It was initially set to open this spring. 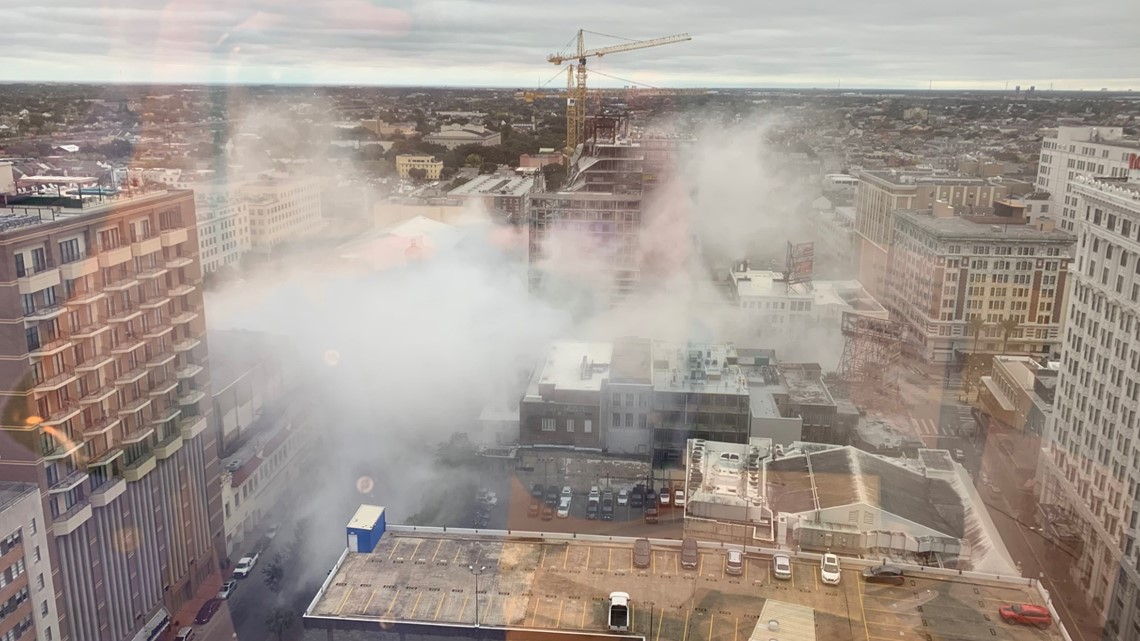 Following the incident, Hard Rock International released a statement extending sympathies to the victims and saying they had no involvement with construction of the building.

"Citadel Builders LLC was contracted by Kailas Companies, owner of the project, to build the Hard Rock Hotel based on a brand licensing agreement with Hard Rock International, the future manager of the hotel.  Hard Rock has had no involvement in the construction of the project.  We want to extend our deepest sympathies to victims of this tragic accident and to their loved ones and friends," the statement read.

“Today’s collapse was a tragedy, and our hearts break for the loss of life,” said Mayor Cantrell. “Our focus is on continuing to secure the site and to doing everything we can to support the families impacted as rescue efforts continue.

“All residents should continue to stay away from the area, and to heed the street closures and traffic warnings. We appreciate the public’s response and support, and we are praying for the victims and their families.”

The corner where it was under construction was for decades was home to a Woolworth’s.

The store, which was the site of lunch counter sit-ins during the civil rights movement, closed years ago, and the building remained vacant until it was demolished in 2014.

Katie Moore
What search and rescue crews are facing at the Hard Rock Hotel collapse site in New Orleans as they try to find two missing workers.

Plans to build a new structure on the site had been in the works since at least 2007, when developer Mohan Kailas bought the building for $3.6 million after plans for another redevelopment project fell through.

That project came to a halt in 2013 when Praveen Kailas pleaded guilty to fraudulently billing a state Katrina recovery program.

Kailas Cos. remains a partner in the Hard Rock project. Crews recently began work at the corner.

Prior iterations of the project raised concerns that the building’s modern appearance would clash with the French Quarter, while others argued it would not pay enough respect to the site’s ties to the civil rights movement.

Stay with WWL-TV and WWLTV.com for more on this breaking story

► Get breaking news from your neighborhood delivered directly to you by downloading the new FREE WWL-TV News app now in the IOS App Store or Google Play.