Life is unpredictable and often unfair.

Whitney Mitchell went into the hospital in 2010 with a urinary tract infection. Her body went into septic shock. 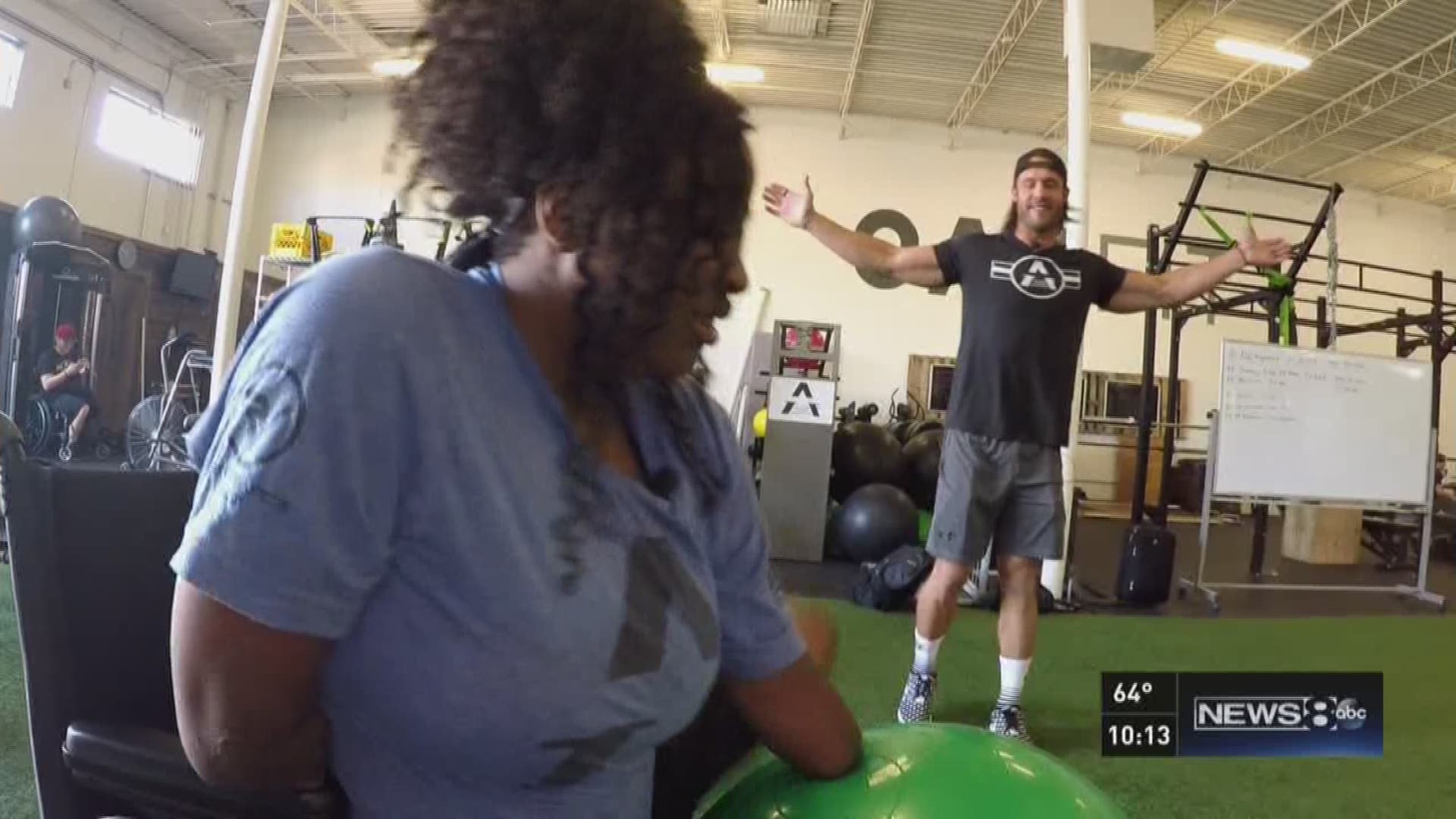 Life is unpredictable and often unfair.

Whitney Mitchell went into the hospital in 2010 with a urinary tract infection. Her body went into septic shock.

"I remember before I had everything amputated," she said. "And then I woke up, I looked down and my hands were really dark. They had died. I looked down, they're dead. Why can't I move my hands?"

The questions kept coming, but the answers were few and far between.

"Nothing felt real in that moment," she said. "I was wondering how I was going to live my life the way it used to be."

She wouldn’t. It would never be the same. In fact, it would get better.

Whitney had every reason to give up, but she didn’t.

"Impossible is an opinion, not a fact," said David Vobora, founder of the Adaptive Training Foundation. "Trust me."

Twelve seconds is all it takes for Mitchell to get out of her wheelchair and pull right back up. The unthinkable becomes possible here at the Adaptive Training Foundation. It’s where Whitney discovered both grit and grace after being dealt a huge blow.

Whiney found a new joy through sketching, crafting and sewing. It was a passion strong enough to cut through life’s pain.

Her new focus -- become a costume designer. She even spent time at the renowned Parsons Institute in New York.

"I know going into these places, they look at me when I say I sew and make these dresses, they're like, 'how?'" Whitney said.

But she wouldn't give up.

Hearing "no" means she’s determined to find a way to say "yes."

Now in therapy, she’s working towards a dream of wearing shoes.

"I think it's new," Whitney said when asked about her apparent inner kindness. "Before I was sick, I wasn't this cheerful and happy, but I feel like I've gotten a lot stronger, I have found my identity."

Would she take it all back? No. Falling hard helped her soar.

At the Adaptive Training Foundation, she found true empowerment as she literally worked out the excuses and limitations.

It's a story now translated into each and every gown.

"It's awesome to see her not just saying, 'I gotta go find a job,' but her finding a vocation that is her passion," Vobora said.

So, next time you want to limit yourself, think 12. Whitney had a 12 percent chance at living. And now in 12 seconds, she’s proving why fighting for your best self is worth the journey.

Help Whitney go back to The Parsons Institute by donating to the Adaptive Training Foundation at this link. Donations are tax deductible.