Local health expert says using tobacco will put you at even more risk for covid-19 symptoms. 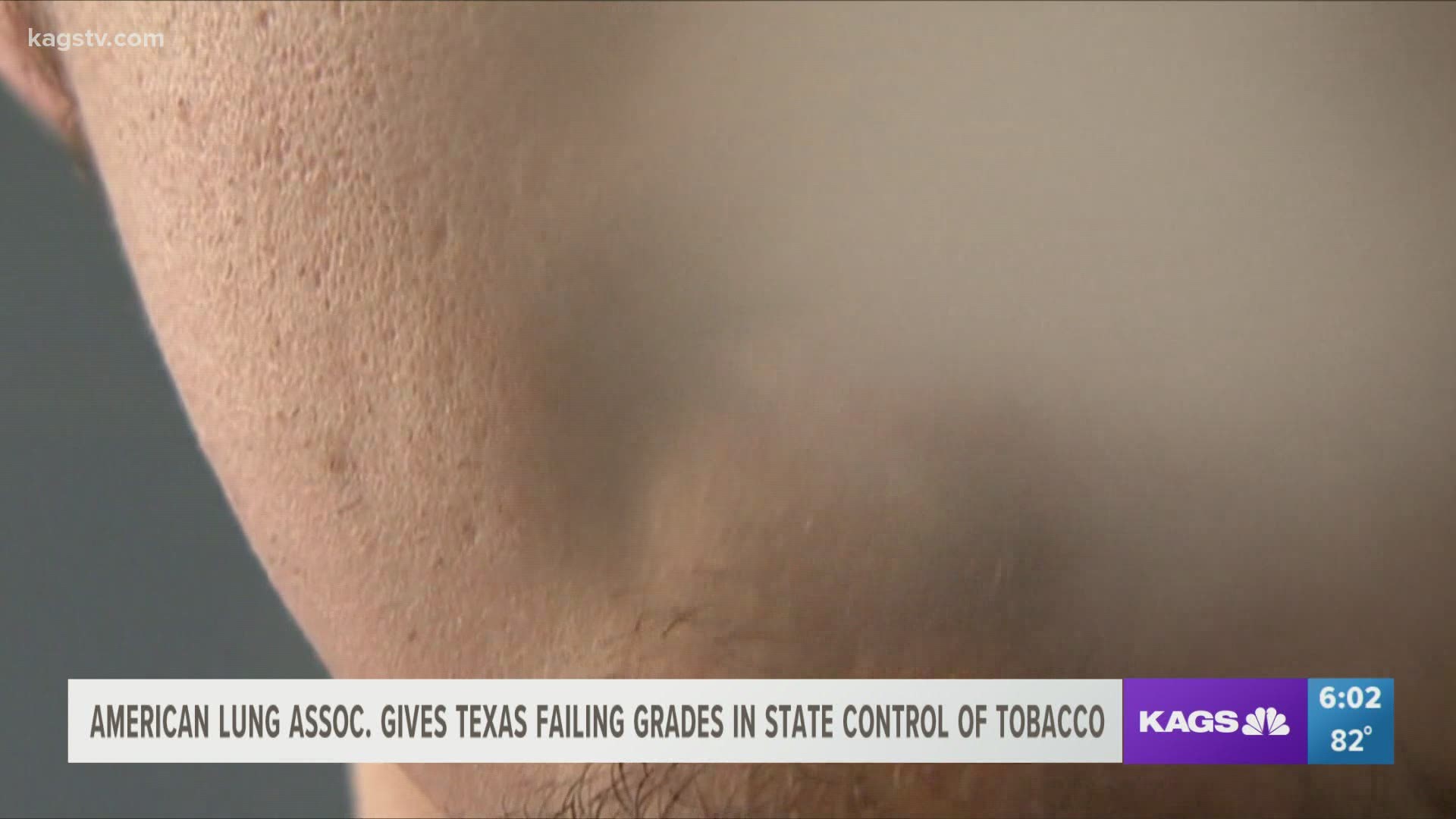 BRYAN, Texas — Smoking or using tobacco is not beneficial for you, your lungs, or the people around you. According to the American Lung Association, Texas could be managing the use of tobacco in better ways.

The American Lung Association grades states on their efforts to reduce the use of tobacco. Texas received failing grades in all categories, which include access to services to quit tobacco, tobacco taxes, and tobacco prevention program. During the time of the pandemic, smoking and using tobacco may endanger your lives. even more.

The American Lung Association said high school use of tobacco in Texas remains at almost 22%.

The youth vaping epidemic is not over. The use of disposable e-cigarettes such as Puff Bar increased by 1,000% among high school students and 400% among middle school students from 2019 to 2020. #NoFlavors4Kids https://t.co/nnNBTipvKg pic.twitter.com/j4SvCyYC8p

"Especially in children and adolescents, their nervous systems are not mature, and they’re still developing to be matured. But if they experience this smoking in the early lifetime, this means the body will consider this quick response of chemicals in the brain as a normal process, so they are more dependent and craving more for smoking,” said Dr. Roh.

Local organizations and schools have taken the initiative into their own hands to educate the community on the effects of this drug.

For example, Bryan High’s Vikings Kicking Out Tobacco helped pass an ordinance a couple years ago to ban smoking in public places.

"Our projects are mostly focused in the school and community level, but we’ve also completed some safe projects in the past. We’ve reached over hundreds of youth and adults in the state of Texas with the message of spreading youth tobacco prevention and empowering youths to find a voice in these movements," said Vikings Kicking Out Tobacco President Krystal Salmeron.

Snipping the possibilities of addiction at a young age may protect the students’ futures.

“The levels of nicotine that the kids are exposed to are in a lot of cases 5-10 times more than what the kids would get from an actual cigarette. So the reality of true nicotine addiction is a lot greater than if you think about it’s almost serving as the same gateway type of drug. So nicotine gets to a point where it’s not enough and you start looking for other things to take care of you in that perspective,” said BVCASA Community Coalition Coordinator Alton Burton.

He added that e-cigarettes and vapes are still relatively new and there is a lot of uncertainty surrounding the long-term effects.