"When I draw or paint my mind can go somewhere else." 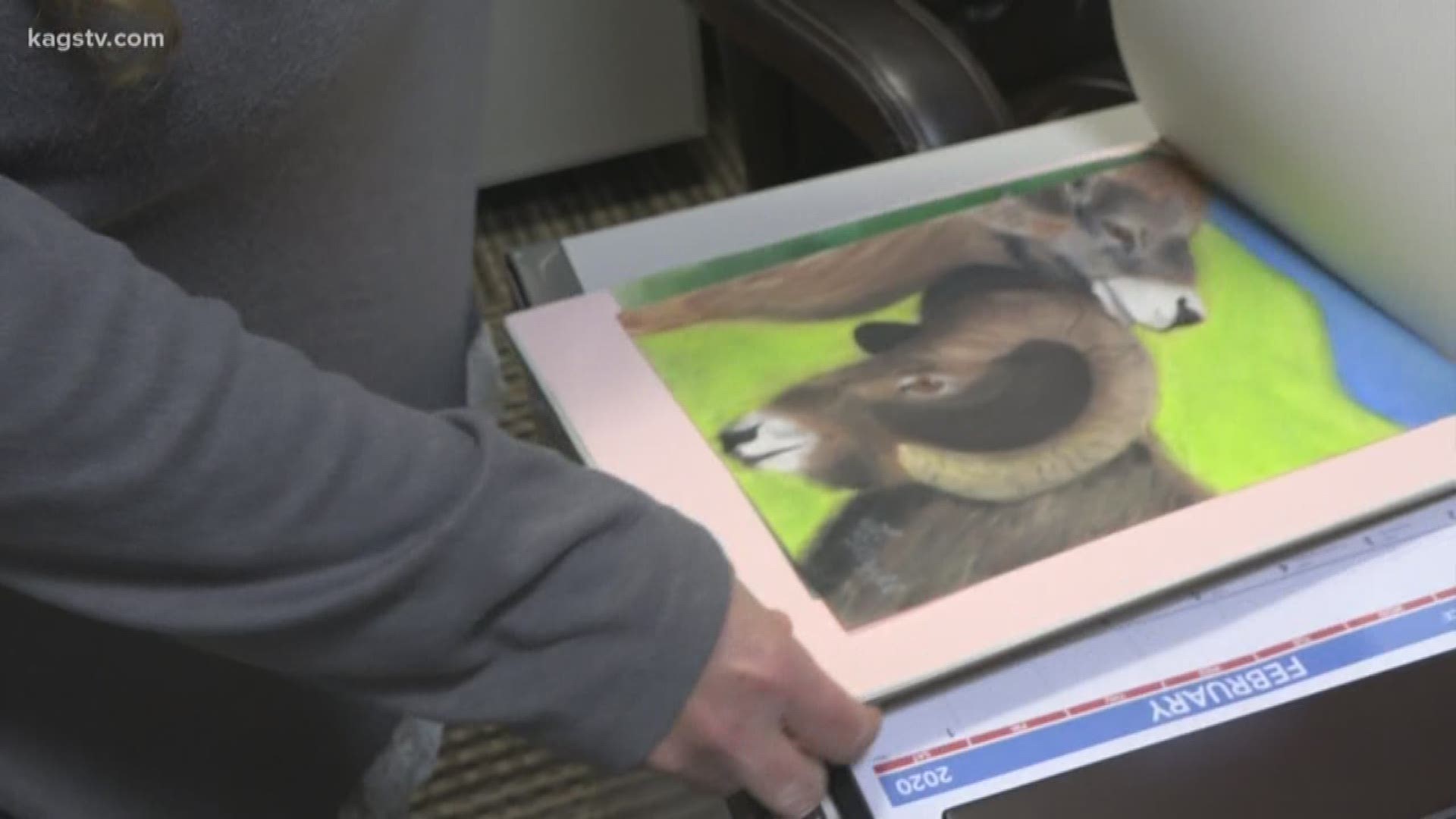 COLLEGE STATION, Texas — February is heart month, which means its a great time to learn about the risk of heart disease. A heart attack can happen to anyone, something one local woman knows too well. She credits the power of creativity as getting her through a difficult time in her life.

"It's eye-opening because you think that the age that you are, it can't happen to you," said Mary Owens. "When it does happen you're just like, 'Oh gosh. What is next?'"

At 38-years-old, Owens suffered a heart attack. She went to the hospital where doctors told her she had a blockage. Owens had to stay overnight but became well enough to get sent home shortly after.

However, a few years later Owens had another heart attack. This time doctors told her she had to undergo heart bypass surgery.

"I haven't had any kind of chest pain since my bypass," Owen said.

Even though the surgery was a success Owens' doctors told her she had to lay low for a while.

"When you have heart surgery you can't do anything that you were doing before," Owens said. "I mean for the longest time they don't even want you bending over."

Owens thought since she had to be in one spot for most for her days, she might as well be doing something positive.

"When I draw or paint my mind can go somewhere else," Owens said. "Besides thinking of what I can't do, I can think about what I can do as far as with my drawing."

Owens created dozens of pieces of art while in rehabilitation. She was able to gift her art to family, friends and even College Station Baylor Scott and White Health's cardiac rehabilitation center, where she was receiving treatment.

"Its a nice feeling knowing that someone appreciates what you're giving them especially during a time that you can't do a lot," Owens said.

Owens credits her art as pushing her through rehab and getting her better. She hopes her gift to the center will motivate others there to do the same.

"I used it as a milestone in my life to show that I had this heart problem, but I got through it," Owens said.

Enter for your chance to win a family 4 pack to see the Harlem Globetrotters.

Students create over 600 valentines for veterans