There have been more than 2,600 cases of COVID-19 in the state, according to Johns Hopkins. 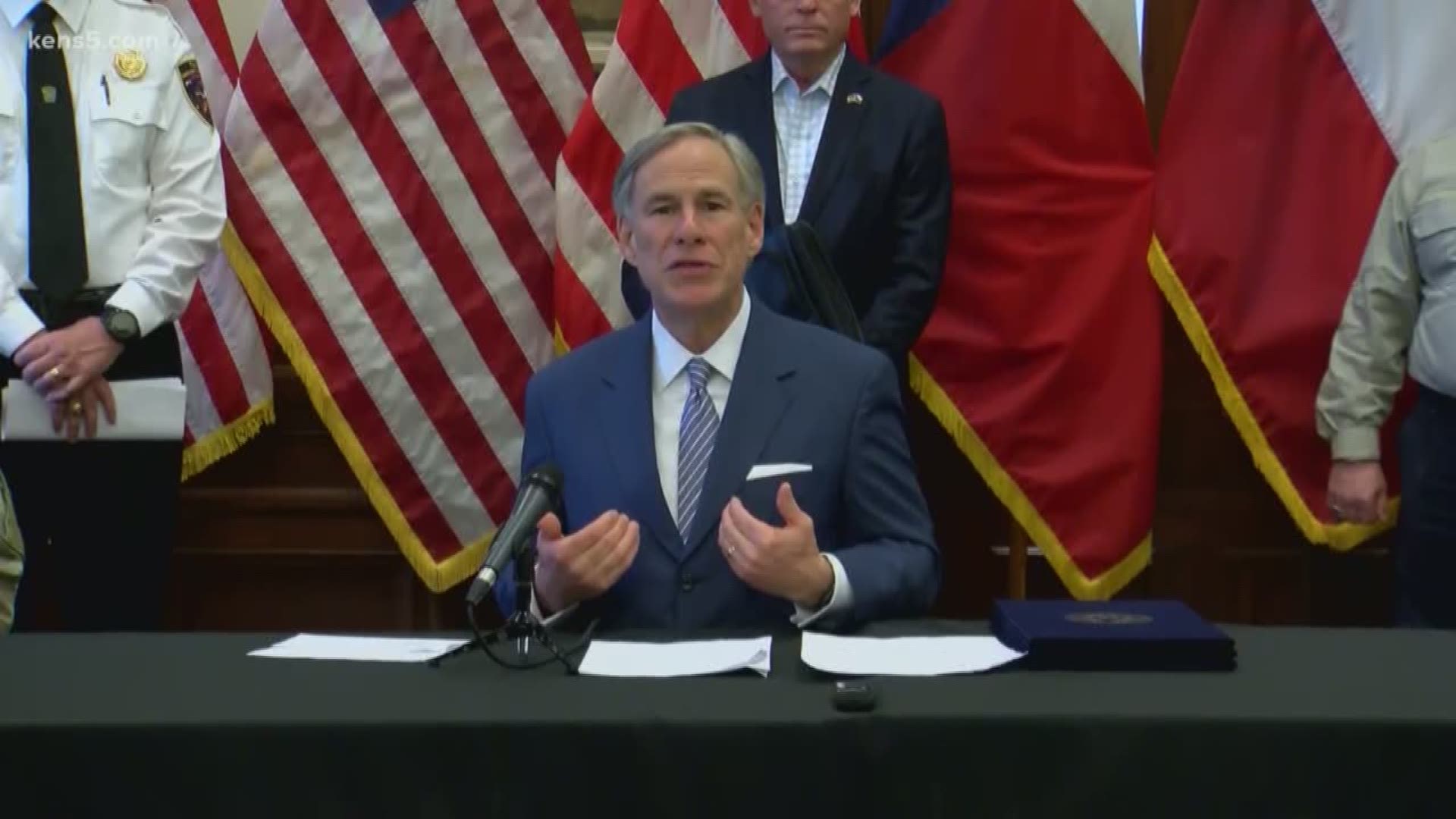 TEXAS, USA — Texas Gov. Greg Abbott on Sunday announced new measures to contain the spread of the novel coronavirus in the state, including expanding a previously-announced order that anyone flying in from some areas of the country must be quarantined to include some of the country's most populous states and cities.

In addition to New York, New Jersey, Connecticut and New Orleans, anyone flying in from Miami, Atlanta, Detroit, Chicago, California or Washington state will now be required to be quarantined for 14 days, or for as long as they plan to stay in Texas.

Additionally, anyone traveling into Texas via road from Louisiana – where 151 people have died from COVID-19 – will also be required to quarantine. Travel associated with commercial business, military or healthcare response and infrastructure needs will be exempt from that element of the order.

The governor said the intent of that order and its expansion is to reduce "the import of COVID-19" from areas of the country where the coronavirus has had a major impact.

Abbott also announced a new executive order that halts "dangerous felons" from being released into Texas streets, after the governor says there have been reports of local communities considering doing so to combat the spread of COVID-19 within jails and prisons.

However, he said that would only exacerbate the current situation.

“Releasing dangerous criminals makes the state even less safe, and complicates our ability to respond to the disaster caused by COVID-19," Abbott said.

The state also announced it has chosen the Kay Bailey Hutchison Convention Center in Dallas as the first Texas site for a temporary hospital. Abbott says there is a capacity there for 250 beds dedicated to treating coronavirus-positive patients, with space available for more bed spaces as needed.

Other metros around the state, including San Antonio, are being considered for future similar sites. “Hospitals will continue to remain the primary location for care” when it comes to COVID-19-positive patient, according to Abbott.

There have been 2,552 confirmed cases of the novel coronavirus across Texas, according to Abbott's latest figures, out of 25,483 total tests conducted. 118 counties have at least one positive case.

Abbott also said the number of hospital beds available to treat coronavirus patients doubled last week, from 8,100 on March 18 to "more than 16,000" as of Friday. He attributed the increase to his recent order postponing non-essential surgeries.

The state had announced other measures in recent days meant to bolster the frontline forces against the pandemic, including waiving some regulations to strengthen the nurse workforce.

In addition, Abbott has temporarily waived expiration dates for licenses when it comes to pharmacists and pharmacist technicians, so they can focus on helping patients without having to renew.

“Our job is not to simply make assessment and be satisfied with that," the governor said during Sunday's update. "Our job is to be looking one, two, three, four weeks ahead and make sure Texas is prepared to make the needs of your communities.”

As of 3:20 p.m. on Sunday, there have been 2,621 cases of the novel coronavirus and 37 deaths in Texas, according to Johns Hopkins University of Medicine, which includes presumptive-positive cases of the virus in its count.