Amazon said the worker showed up at the warehouse despite being told to stay home for 14 days after coming into contact with a co-worker diagnosed with coronavirus. 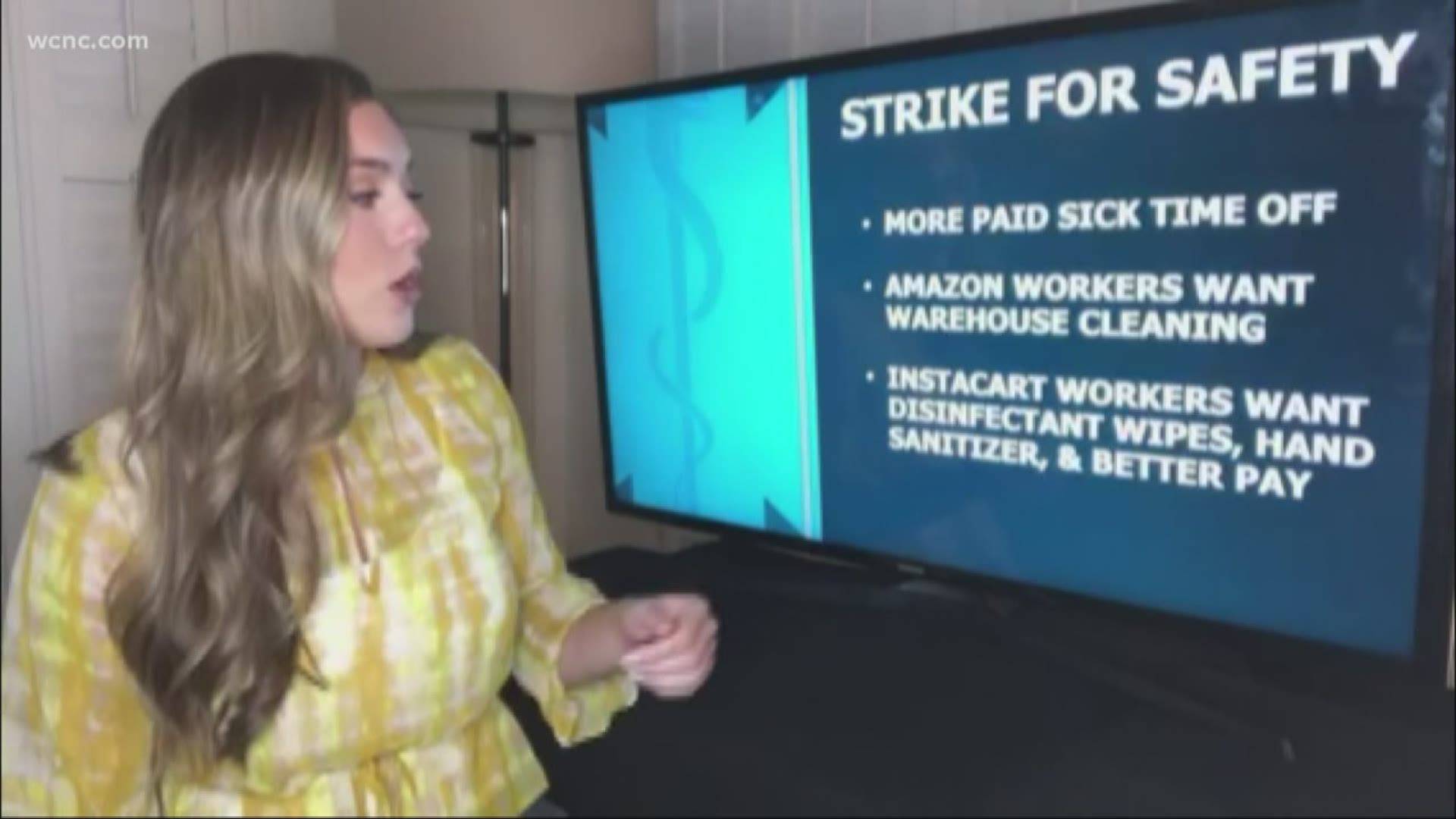 NEW YORK — Amazon fired a worker who organized a walkout at a New York warehouse to demand greater protection against the new coronavirus, saying the employee himself flouted distancing rules and put others at risk.

The decision prompted a rebuke from New York Attorney General Letitia James, who called on the National Labor Relations Board to investigate. James said her office is also considering legal options, saying the right to organize is protected in New York.

“It is disgraceful that Amazon would terminate an employee who bravely stood up to protect himself and his colleagues," James said in a statement.

But Amazon said Christian Smalls had received several warnings for violating social distancing guidelines. Amazon said Smalls showed up at the protest at the Staten Island warehouse Monday despite a order to remain home for 14 days because he had come into contact with a co-worker who had been diagnosed with the virus. The company said Smalls was put on paid leave during the 14-day isolation period.

Several Amazon workers walked out of the warehouse, demanding the facility be shut and cleaned during a paid time off after the co-worker tested positive for the virus. About 100 workers were expected to attend the rally, but Amazon said the actual number was much lower.

Credit: AP
FILE - In this March 30, 2020 file photo, workers at Amazon's fulfillment center in Staten Island, N.Y., gather outside to protest work conditions in the company's warehouse in New York.

The Seattle-based company said it has taken aggressive steps to protect its employees from the virus, including cleaning and distancing measures. Amazon is checking the temperature of anyone entering the Staten Island warehouse, a step the company said would be implemented in other facilities as soon as possible.

The company said it consults with local and federal health authorities on how to handle building closures if an employee tests positive, including evaluating the worker's interactions with others.

RELATED: Some Instacart, Amazon workers strike as jobs get riskier

Several walk-outs and protests have drawn attention to fear and discontent among low-wage workers on the front lines of the pandemic, particularly those packing and delivering groceries and other essentials for millions of people hunkering down at home.

A group of workers at Whole Foods, which is owned by Amazon, planned to stage a “sick out" Tuesday to demand hazard pay, immediate closure and cleaning of stores if a worker tests positive for the virus and health benefits for part-time and seasonal workers. It was unclear how widespread the protest was.

Amazon is hiring 100,000 more workers to meet a surge in demand for deliveries, one of several companies that have announced such hiring sprees. Despite the hazards of the jobs, many people are applying as layoffs soar retail, restaurants, airlines and other industries.