Austin's top doctor said something must be done locally to keep the charts from rising upward. 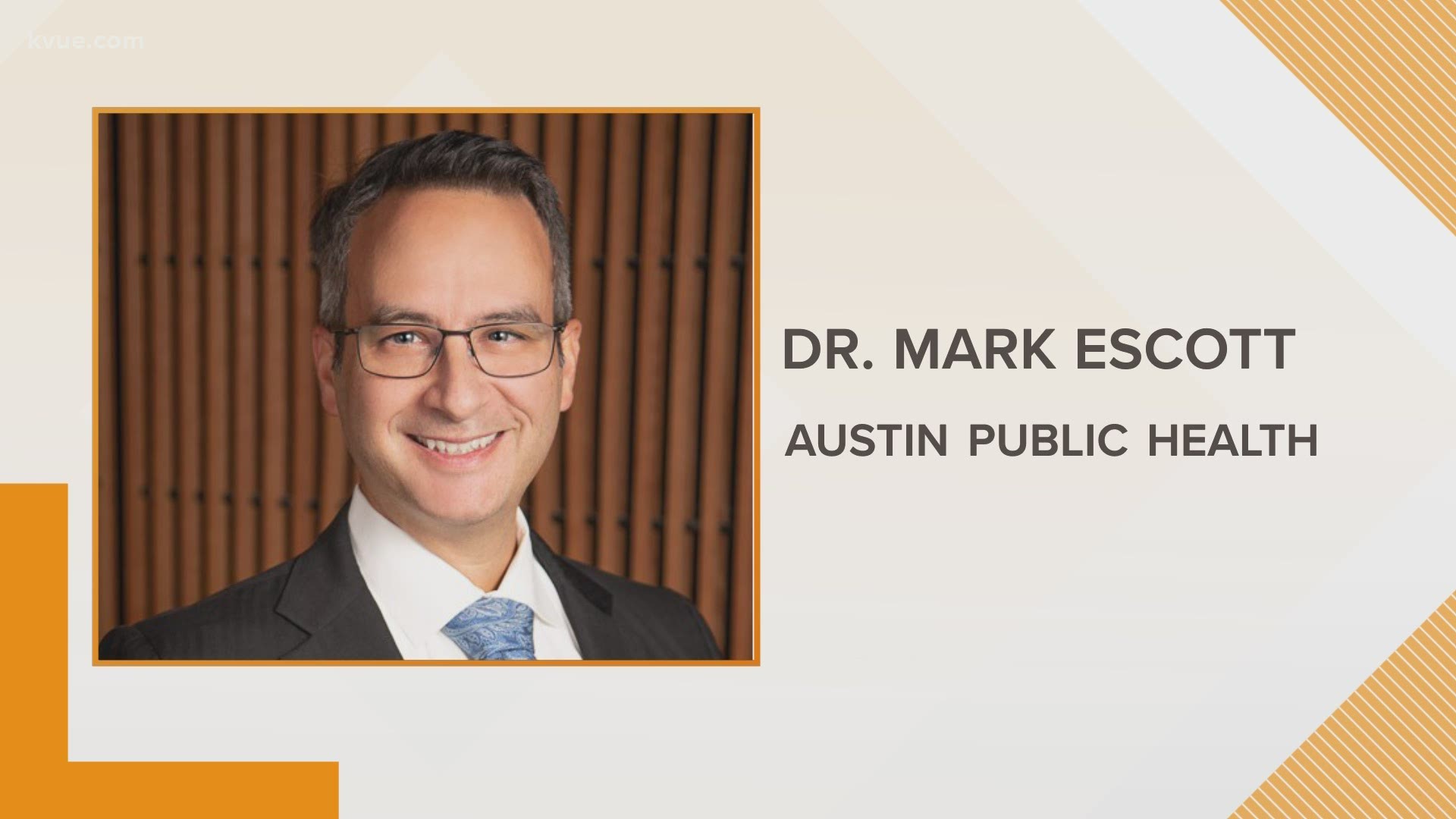 AUSTIN, Texas — In his weekly briefing with the Travis County Commissioners Court on Tuesday, Dr. Mark Escott with Austin Public Health said he expects the Austin area is likely to exceed its 200 ICU hospital bed capacity before Jan. 15.

Dr. Escott said now is the time the area is seeing the effects of people gathering around Christmas, with even more expected to be felt from the New Year's holiday in coming days.

As a result, he said the area has seen steep and aggressive increases in ICU admissions and ventilator use.

On Monday, Dr. Escott said 522 new hospitalizations were reported for the Austin MSA, marking a 145% increase in the moving average since Dec. 4 and setting a new record since the beginning of the pandemic. The moving average is now at 459.

The doctor said 156 ICU admissions were reported Monday, marking a 105% increase since Dec. 4. The moving average is now at 142.

He also said 84 new hospital admissions were reported Monday, marking a 140% increase since Dec. 4. The moving average is now at 77.

“The data that we have so far for today indicates that we will likely break a new record today, and I expect that we will make many new records over the coming two weeks in terms of new admissions to the hospital, unfortunately,” he said.

Dr. Escott described the recent hospitalization data as "off the charts" and said something must be done locally to keep the lines from continuing their skyward trend. According to modeling consortium data from the University of Texas at Austin, he said 100 new daily admissions could be expected by the end of the month.

According to a joint statement from Ascension Seton, Baylor Scott & White Health and St. David’s HealthCare on Tuesday, the 2,473 staffed beds within all three healthcare systems are 79% occupied, and the 483 ICU beds are 88% occupied.

1 killed, another hospitalized after officer-involved shooting in Austin

How to get the COVID-19 vaccine in Texas