Dr. Sullivan said closing schools would take “an uncontrolled situation in the community." 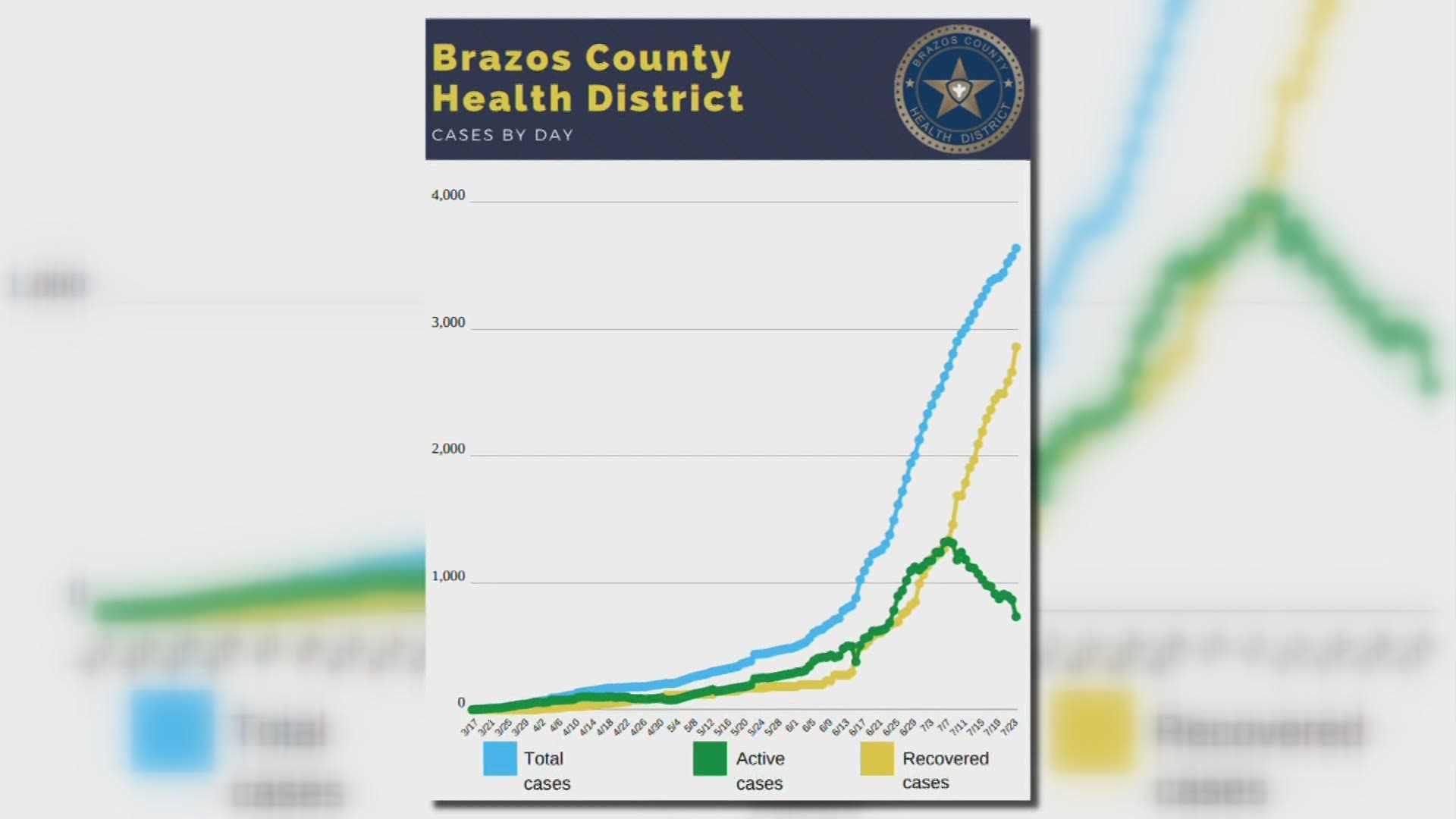 BRAZOS COUNTY, Texas — After some time away from the weekly COVID-19 press conferences, the Brazos County Health District talked to locals again, with opening schools in mind.

Through consistent cases in the double digits, Dr. Seth Sullivan says the county’s prepared for a real surge, meaning 85 percent capacity in the hospitals.

“The hospitals themselves would reach a threshold where they would surge, using areas of the hospitals that are not typically used for hospital rooms. Also reaching out to additional personnel to come and assist,” he said.

While working through this surge plan, schools have been at the forefront on the Dr. Sullivan’s mind.

The health district has looked through evidence on COVID-19 in school aged kids and for now, things seem optimistic.

Dr. Sullivan said, “some of that data looks like kids do not spread the virus as efficiently as adults do.”

College students are coming back to the area as local kids are welcomed back to their classrooms. Dr. Sullivan addressed the peak of cases surrounding college-aged students in June.

When it comes to those local grade schools though, a final decision on whether they’ll open on time will come from the health district.

Ideally, it would come before schools are scheduled to start. If they do open on time, what would it take for them to close or go online?

Dr. Sullivan said it would take “an uncontrolled situation in the community. Would mean that surge plan we talked about. Not only have we hit that, but we’re moving into our hospitals have to be creative, but we’ve had to move to using other hospital beds.”

It also has to do with what demographic groups would be getting sick.

Ultimately, it’s up to Dr. Sullivan and the health department.

“We have to make a smart decision here. If we ultimately are making this call that would make sense and follow the evidence in front of us,” he said.

College Station ISD Superintendent Mike Martindale added, “one thing that’s constant is change. But the safety of all, the planning, the conversation, putting protocol in place is what we’re focusing on as we safely plan to reopen."