There are currently 3,409 people with COVID-19 hospitalized across the state, and 952 of them are in the North Texas region, according to state officials. 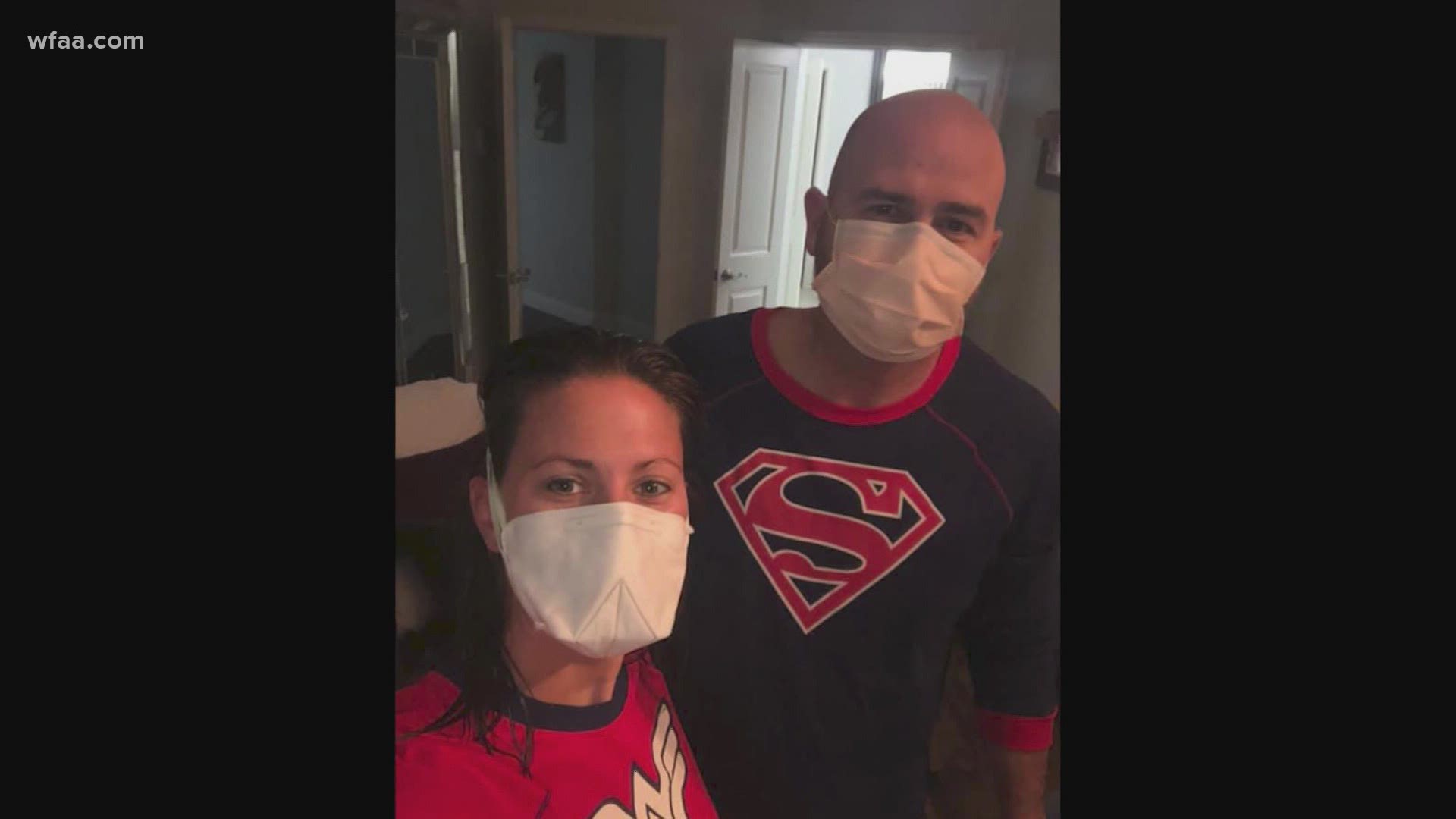 This story has been continuously updated.

Gov. Greg Abbott said businesses could be shut down again if more Texans do not begin to wear masks and take other preventative measures to slow the spread of COVID-19.

"If we do not start wearing masks to slow the spread of COVID-19, it could result in [businesses] actually having to close back down," said Gov. Abbott. "Our goal is to keep businesses open, to keep society engaged, and one of the most effective tools that we can do that is by people wearing masks."

According to Gov. Abbott, shutting down Texas businesses again will only happen as a last resort.

The governor's comments came during a news conference Monday afternoon as hospitalizations and cases numbers continue to spike across the state.

Abbott explained hospitalizations and cases have more than doubled between mid-May and mid-June.

"If we were to experience another doubling of those numbers over the next month, that would mean we are in an urgent situation where tougher actions will be required to make sure that we do contain the spread of COVID-19," he said.

Dallas County reported a record number of new cases in a single day with 454 on Monday, up 10% over the previous record from just a few days before.

Dallas County Judge Clay Jenkins said while some of the increase could be due to more testing, hospitalizations have jumped 54% since June 1.

"As I’ve said before, think of hospitalizations like the tip of the iceberg you see above the water and know that for that tip to grow by 54% since the beginning of this month, the iceberg below it must have grown exponentially," he said.

The state has reported 10 straight days of record-high hospitalizations, and North Texas has been one of the leading regions of the state, comparable only to the region around Houston.

There are currently 3,409 people with COVID-19 hospitalized across the state, and 952 of them are in the North Texas region, according to state officials.

The region has seen six straight days of new highs for hospitalizations as well.

Hospitalization numbers are up 126% statewide since Memorial Day and 83% for the region. Texas' positivity rate has more than doubled since then.

For a daily roundup of the biggest coronavirus news from around North Texas and beyond, sign up for the WFAA COVID-19 email newsletter.

Dallas County reported a record number of new cases for a single day with 454 on Monday, up 10% over the previous record. Three more people have also died from the disease.

Dallas County Judge Clay Jenkins said while some of the increase could be due to more testing, hospitalizations have jumped 54% since June 1.

An increasing number of new cases are among younger adults -- ages 18 to 39. Dallas officials say half of all cases since June 1 have been in this age group.

While the new number was a significant decrease from the day before, it more closely matched previous reporting from the past week.

There are currently 268 patients hospitalized with COVID-19 in Tarrant County.

Over 9,125 people have tested positive in the county so far, with almost half having recovered.

Health officials for Denton County confirmed 56 additional cases of COVID-19 on Monday. The county has reported 2,219 cases since testing began.

There were no new deaths. The county has reported 36 deaths since the pandemic began.

The public health department will be offering a free drive-thru testing center on Friday at Lewisville High School.

People who have had symptoms in the last week, are essential employees, over the age of 60, or have been in contact with someone who tested positive for COVID-19 are eligible to be tested.

Anyone interested in receiving a free test must pre-register by calling 940-349-2585.

"Prior to the tests being conducted we were warned that on average, in the type of environment being tested, we could expect about 3.5% of the tests would come back positive," a news release from the sheriff's office said. "That would have meant about 155 people would have COVID inside our facilities."

The facility instead had 0.6% test positive between its inmates and jail staff, per officials.

"We know these numbers are a direct result of the cleanliness of our facilities and the COVID protocols put in place soon after the pandemic began."

Carnival Cruise Line will cancel all cruises and pause its service through Sept. 30, the company announced on social media Monday morning.

The company said anyone impacted would receive an email from them or a customer's travel advisor with instructions on how to claim their cancellation offer or a refund.

Carter BloodCare officials announced they will begin to test donors' blood for coronavirus antibodies as they work to fill a prolonged critical blood shortage that has prompted elective and non-emergent surgeries to be postponed at local facilities.

The test is only an indicator that someone has been exposed to the virus, and does not mean someone is immune to the disease. Blood donors must be feeling "healthy and well" to donate.

To make an appointment to donate blood, call or text 800-366-2834 or visit carterbloodcare.org.

Officials reported there were 125 new COVID-19 cases across Collin County on Sunday, raising the county total to 2,223 since tracking began in March.

RELATED: Here are the confirmed cases of coronavirus in Collin County

Of those, 843 are considered active cases, officials said. Thirty-eight people with the disease have died in the county and 105 people are currently hospitalized, a decrease of about 10 patients from days past.

Health experts recommend taking the following actions to prevent the spread of COVID-19: