While some are still skeptical of the vaccine, others believe the shots are the only way out of the pandemic. 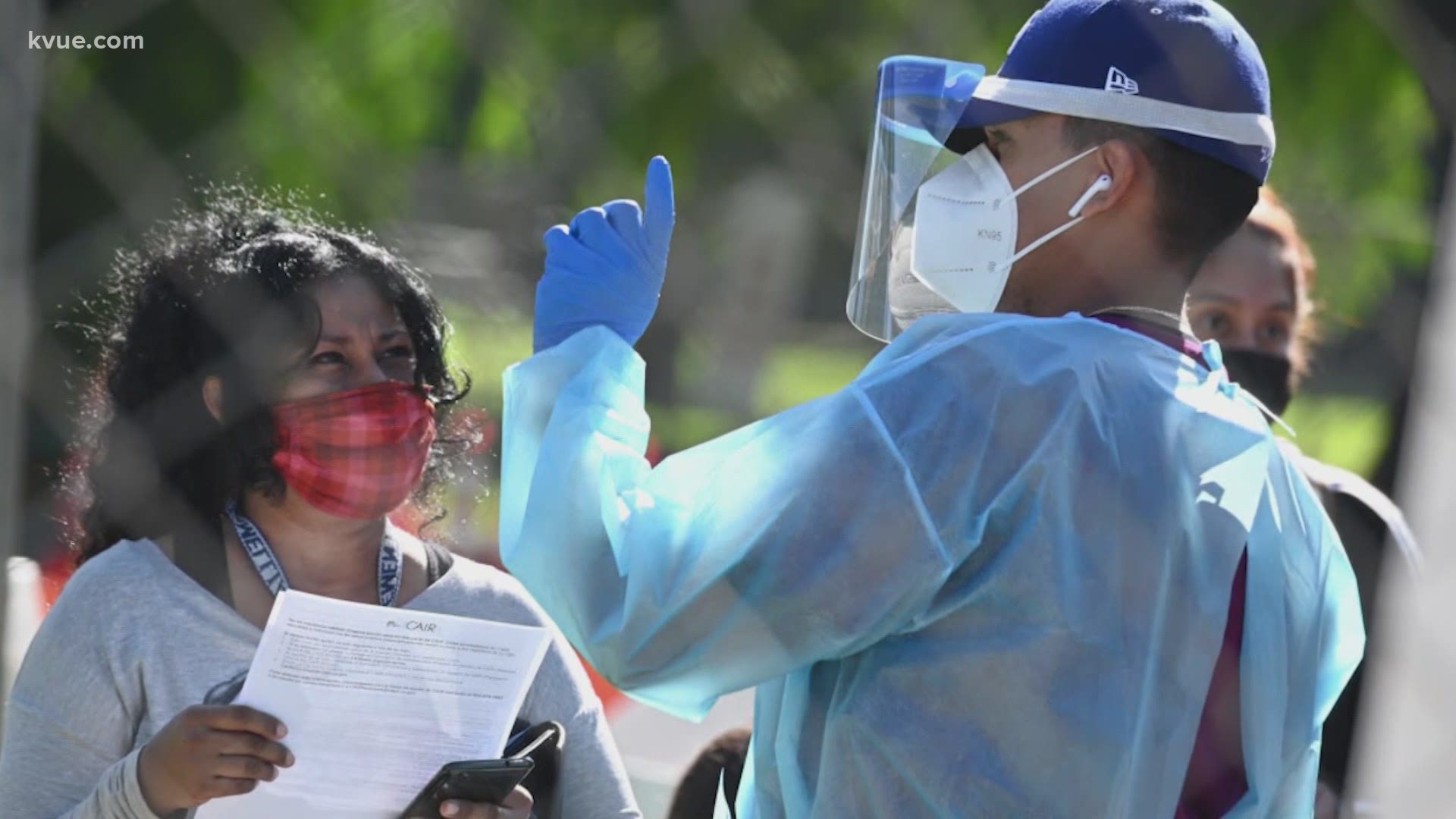 AUSTIN, Texas — The first doses of the COVID-19 vaccine were rolled into the University of Texas Dell Medical School Monday morning, making it the first Central Texas medical facility to get the first round of doses.

According to a spokesperson for the school, 300 health care workers will be vaccinated Tuesday. The facility received 2,925 doses of Pfizer's vaccine on Monday.

While many are excited about the vaccine, others still have concerns with getting it if they were to receive a shot now. The Pew Research Center recently reported 39% of U.S. adults said they definitely or probably would not get a coronavirus vaccine. KVUE has also reported in the past on concerns people have with the vaccine.

However, others are taking the vaccine as a sign of hope. Though it will be quite some time before everyone is able to get doses, doctors are calling Day 1 of vaccine distribution exciting.

"It's an incredible day"

Dr. Diana Fite, the president of the Texas Medical Association, told KVUE on Monday that she will receive her vaccine this coming Wednesday morning.

"This is a great day, actually, because it's going to be the beginning of the end of the pandemic. I really feel strongly about that," Dr. Fite said. "The faster and the more people that get vaccinated, the faster this pandemic is going to be over with. But we have to get a lot of people vaccinated [for that] to work."

She added that she understands the concerns some people may have with getting the vaccine, including side effects.

In an interview with KVUE on Dec. 10, Dr. Fite explained, "I think people were a little concerned about how rapidly it was made because they're used to hearing about it taking two, three, four years to get vaccinations ready ... But this was done by a different technique that has been studied for quite a few years that was now ready for production. So, it makes sense that it was done faster and it is under an emergency authorization at this point."

On Monday, she said she expects some side effects, but isn't bothered by that.

"I'm just very, very happy to get it done. And I, I expect, might have some very mild side effects possibly, but that doesn't bother me at all. I expect that with any vaccination," Dr. Fite said. "We know percentages of side effects. Again, they're very minor. So, we have a lot of information on this. People should not be scared to get it."

RELATED: Who gets the COVID-19 vaccine next? Texas hasn’t decided

Dr. Guadalupe Zamora, who is based in Austin, called Monday "incredible."

"It's an incredible day because we need to do everything we can to stop this virus and we have to stop the pandemic. And the only way we're going to do that is to start immunizing people," Dr. Zamora said. "As physicians, we took an oath to protect the public. We're never going to tell them to do something we don't believe in."

He added that he will also be getting his vaccine on Wednesday, with some sort of plan to livestream the process, potentially on social media, to show the public that it is a safe vaccine.

"And to show patients that we're not afraid of this vaccine, that there is – it's completely safe and it's going to reduce symptoms," Dr. Zamora said.

"The vaccine is the hope in the syringe"

For Austinite Rachel Elsberry, it was a no-brainer to participate in Moderna's vaccine trial this past summer.

She first spoke to KVUE in May before receiving her two doses in early June and on July 1. She said a family member passing away from COVID-19 was one of the inspirations for participating in the trial.

"He passed away around Easter weekend at 51 years old. So, not someone with preexisting conditions," Elsberry told KVUE on Monday. "We're not doing enough of the things that we need to do to make this go away and make it stop. The vaccine is the hope in the syringe."

She shared how the vaccination process went, including the screening process.

"First of all, you do a lot of screening. They want to screen you, they want to make sure that you don't already have COVID antibodies," she said. "They bring it [the vaccine] up to room temperature, they have to mix it and then they inject it. And then they need to observe you for 30 minutes to an hour to make sure you don't have a reaction because if you're going to have a reaction, it's more likely to happen during that window."

She added that in her phase of the trial, she had to meet certain health criteria.

After the first shot, she said her main side effects included feeling sore at the point of the injection.

"My arm was really sore and kind of hard in the area where the injection was for several days and not sore like a flu shot sore – really, really sore. I had no other symptoms that first round," she said.

Elsberry added that the second dose of the vaccine resulted in a few more symptoms.

"On the second shot, same soreness. And then about 24 hours after getting the vaccine, I just felt a little achy and I had a slight fever, took some Tylenol and literally was gone by the next day. Certainly much better than getting COVID," she said.

Elsberry was not told whether or not she received a placebo during the trial, but told KVUE she tested positive for COVID-19 antibodies last Tuesday after taking an antibody test in North Austin.

Overall, she said she believes it's important to trust science.

"It's also frustrating to me that people want this to take a long time because the sooner we get this vaccine in everyone's arm, the sooner we get out of this and this is the way out of this. My other message for people who are hesitant about getting the vaccine: Yes, you are getting the vaccine to protect yourself. But you're also getting the vaccine to protect people who can't take the vaccine," she said. "We've got to embrace science. It's, it's time. It's time for the misinformation to stop. It's time for us to all step up as Americans and do what we need to do. And that includes rolling up your sleeve and getting a shot in the arm when it's your turn."

Another widespread freeze on the way

Millions yet to be spent in City of Austin funding for the homeless: Report