"We hope we don't get to a point where we would need to use it," said Judge Hidalgo. 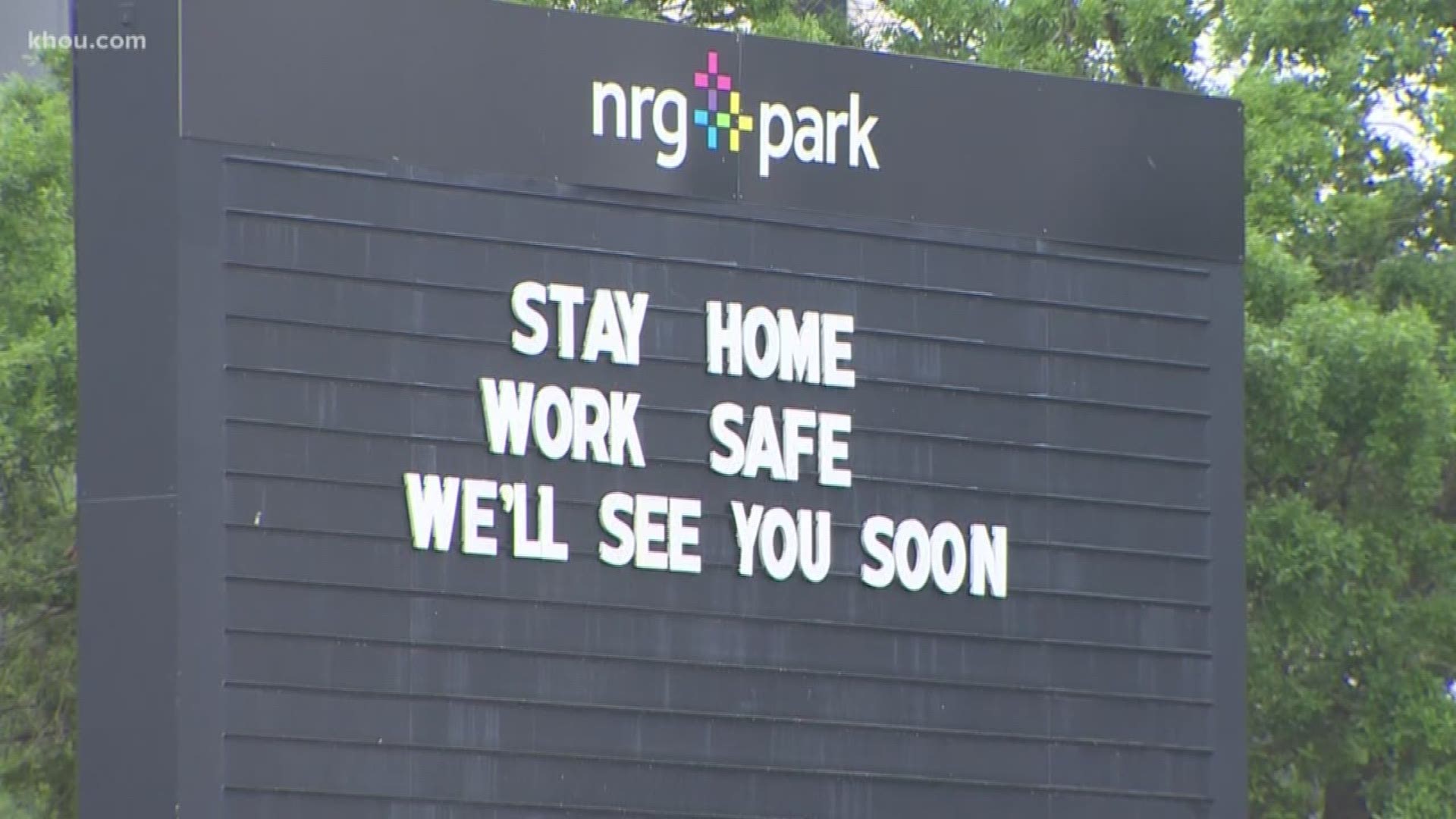 HOUSTON — Harris County Judge Lina Hidalgo confirmed Monday the county, with monetary assistance from the federal government, is building a medical shelter at NRG Center as the cleanup continues from the shortened rodeo season.

The medical shelter will only be used as a "last resort," said Judge Hidalgo at a morning press conference.

She noted the City of Houston and Harris County now have more than 1,300 COVID-19 cases, and there are more than 2,000 across the Houston region.

“Start building a last-resort medical shelter now,” Harris County Judge Lina Hidalgo said. “It is to be used as a last resort. We hope that we don’t get to a point where we need to use it — that would mean that our hospitals have used up their capacity, have used up their surge capacity and will now have to use the capacity we have at NRG.”

The field hospital will be able to house 250 beds in the first round of construction, then more if they’re needed after that.

Trucks and trailers could be seen at the site Monday.

The construction will continue throughout the week.

“The idea is to have it ready to go so we don’t waste a second should we need this resource,” Hidalgo said.

WATCH LIVE: County and city leaders along with Collaborative for Children and Workforce Solutions on Monday will announce a new effort to help essential workers find care for their children. More: https://www.khou.com/article/news/health/coronavirus/find-houston-child-care-assistance-now-with-new-program/285-c6ae1a5f-d159-497f-ac14-f1a8fb1d4770

The judge also provided an update on the county jail situation, saying three inmates were positive and three dozen were experiencing symptoms.

"Going to spread like wildfire if we don’t do something quickly to reduce the population in the jail. Very, very impatient and concerned on the time we are wasting on the jail. Sure hope everyone is working in concert to help the jail situation."