'I wrote my will': Oregon City woman on day 112 of persistent COVID-19 symptoms

Jennifer English says not knowing if she will ever be the same again is the scariest aspect of dealing with persistent symptoms for so long. 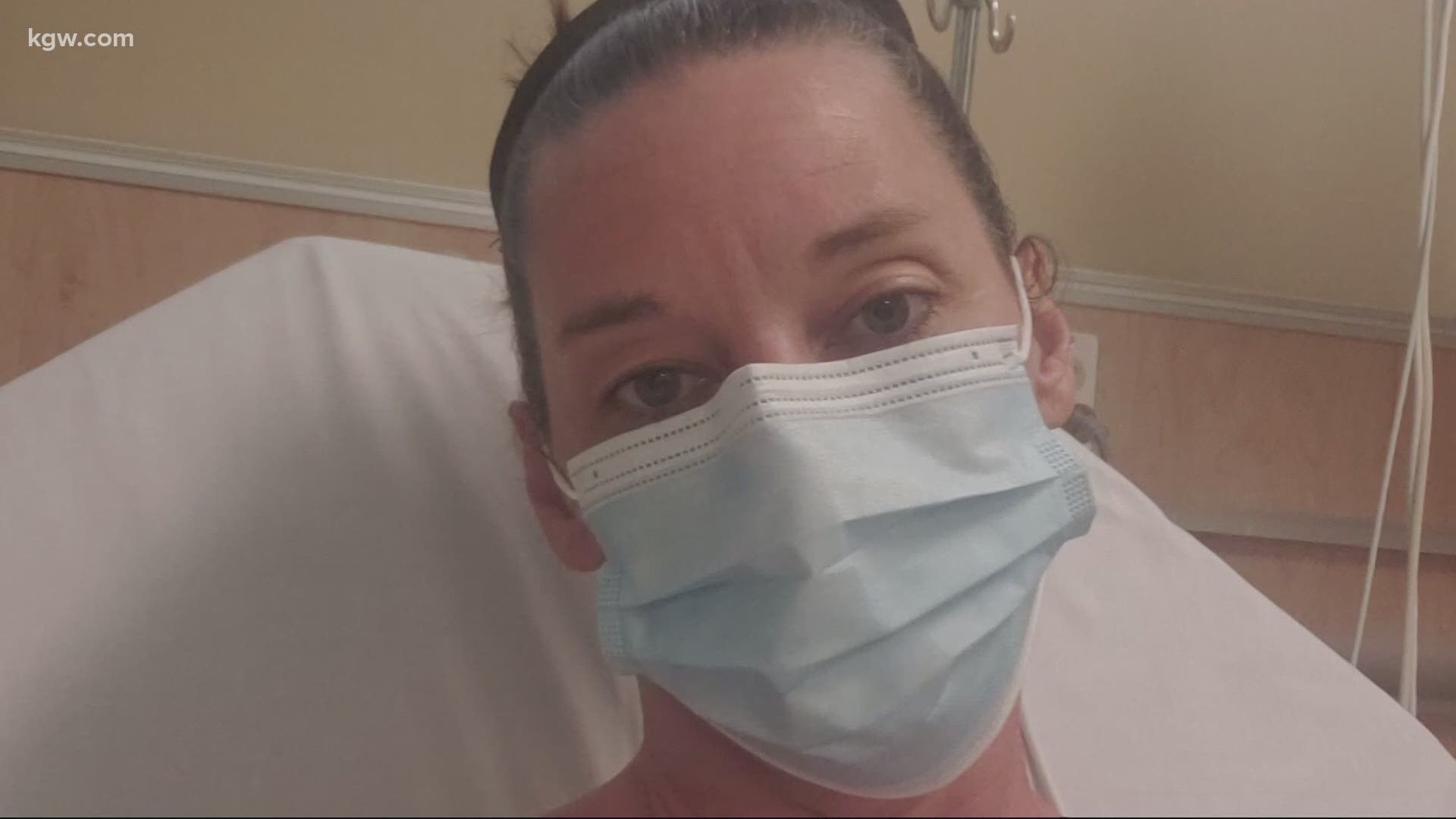 They're now known as "long haulers”; Jenn English, who lives in Oregon City, is one of them. We first told you her story in late May.

Every day is different in English's new normal.

She says she is on day 112 since the onset of symptoms which began as loss of taste and fatigue, followed by fever, nausea and migraines. Her symptoms linger and nag almost four months after she was first diagnosed with COVID-19 in April.

Even last week she says she ran into a scary situation when doctors found a heart block through an EKG. Now, they’re keeping their eyes on her to watch for blood clots and checking her heart regularly.

“At that point I was terrified, thinking I was almost done with this virus and then it all came flooding.”

A woman always on-the-go, English is a marathon runner and works two jobs. She feels frustrated that her once-bustling and fulfilling life has come to a screeching halt, barely resembling what it once was.

“To be hit so hard by this virus it’s so depressing, to say the least,” English said. “I can't wait to get out and run again.”

For now, she's mostly confined to the walls of her home.

Not knowing what the future holds or if she will ever be the same again is the scariest aspect of dealing with persistent symptoms so long after her positive test result.

“I am scared that I'm going to live with this for the rest of my life,” English added. “They say we're recovered, but we're not yet living.”

RELATED: 'You don't want to get this': COVID-19 survivor, Oregon Health Authority urge people to be careful as cases climb

While the virus isolates its victims, English is not alone. Last week the Centers for Disease Control and Prevention (CDC) announced one-third of COVID patients who weren't hospitalized suffer from persistent, ongoing symptoms and long-term issues.

That acknowledgment meant a ton to many long-haulers like English, who have felt disregarded by doctors at times.

By spreading her story she hopes to help slow the spread of the virus to help protect others from ending up like her - or worse. She hopes to spread awareness to potentially alter people’s mindsets about the pandemic and the virus itself and to convince those not taking it seriously to begin to.

“Wearing a mask is such a simple gesture and it's proven to work in so many other countries. And I don't understand how we can't get behind that here. Especially after going through it- it makes me sad. It breaks my heart that it's become a political and not a humanitarian thing,” English said.