Stories behind the shot: Doctor gets vaccine after nearly dying during surgery

Dr. Samantha Fernandez has spent almost every day of the past six months helping heal COVID patients, but on Dec. 3, she became a patient. 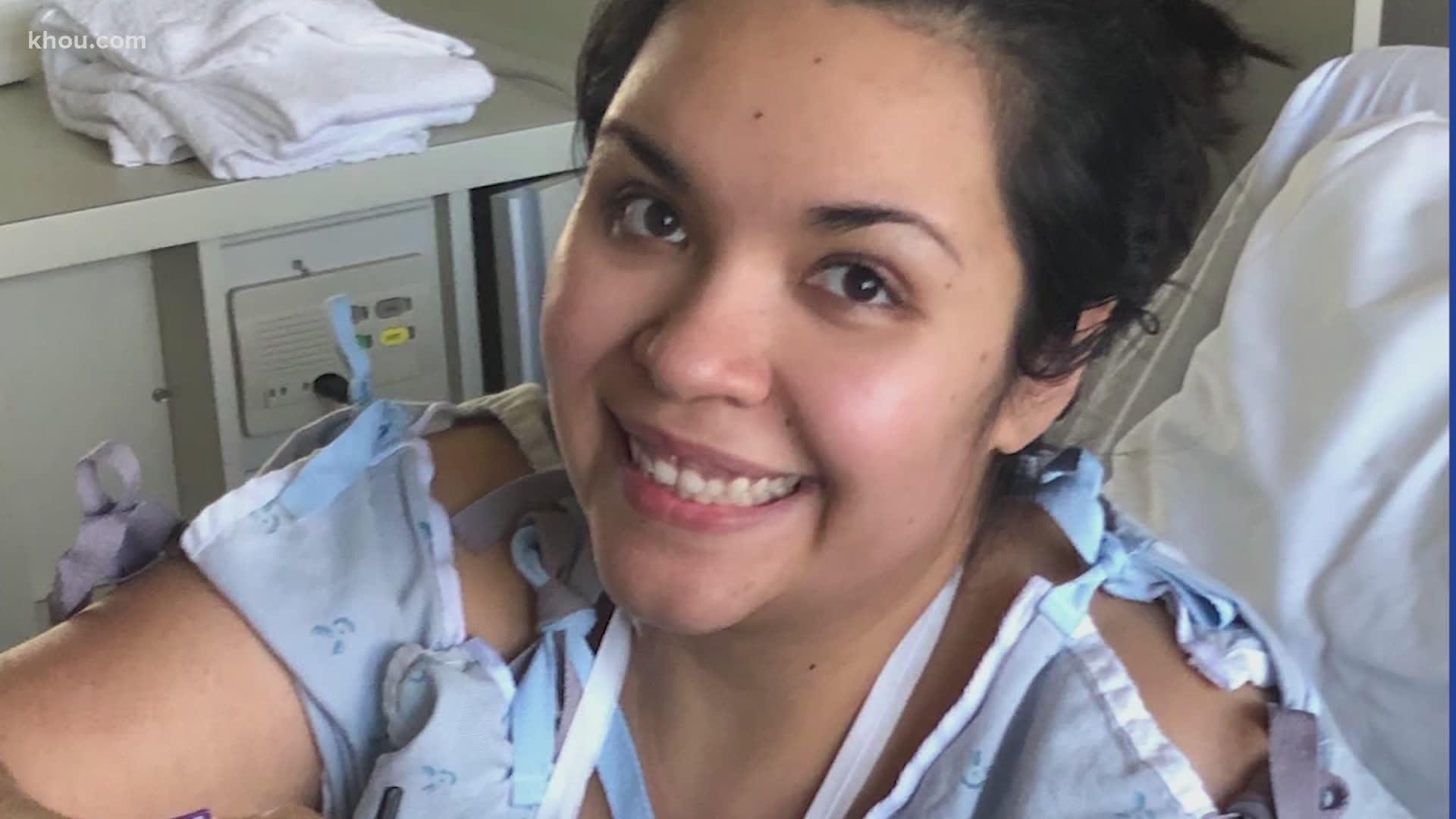 HOUSTON, Texas — With thousands of health care workers now vaccinated in Houston, we’re hearing their stories of what this shot means to them.

As a resident physician at Baylor College of Medicine, Dr. Samantha Fernandez has spent almost every day of the past six months helping heal COVID patients.

But on Dec. 3, she became a patient herself for a routine surgery to remove her gallbladder.

“The past two months, it became unbearable. I was working through the pain," Dr. Fernandez said.

But as soon as doctors began, she crashed.

“Everything's fine, and then it's not," Dr. Fernandez said.

Her oxygen levels were low, and all of a sudden, her heart stopped.

“They start giving me CPR, after two minutes, I get my pulse back, but my oxygen level is still pretty low," Dr. Fernandez said.

One of Fernandez’s lungs had collapsed, but the craziest part: while under anesthesia, she was alert.

"I didn’t open my eyes, but I was hearing everything that was going on. I could hear all of my attendings. I heard that Cardiology was down there, which scared me," Dr. Fernandez said.

Doctors put in a chest tube, and after about 15 minutes, she came to.

But she was literally fighting for her life.

“I was looking at my hand, and I was trying so hard to move it. And it wouldn’t move. And I felt weak. I knew that if I gave into that feeling, I was going to die," Dr. Fernandez said.

But almost as soon as Fernandez went down, she came back. Her chest tube was taken out that very evening.

“It’s still a bit of a question. We’re not sure what happened that day," Dr. Fernandez said.

Today, she’s home, recovering, but still has heart failure from the trauma. And that’s made her hesitant to head back to work during the pandemic.

“Getting COVID right now in my situation, it would be catastrophic," Dr. Fernandez said.

So when Fernandez was offered the vaccine, there was no question..

“I wont have to work with a fear of did I touch something and not wash my hands right away," Dr. Fernandez said.

She got her first shot Thursday and heads back to work in a week, this time, with protection and peace of mind.