BV-1, named for its Brazos Valley origin was found in a Texas A&M student on March 5. 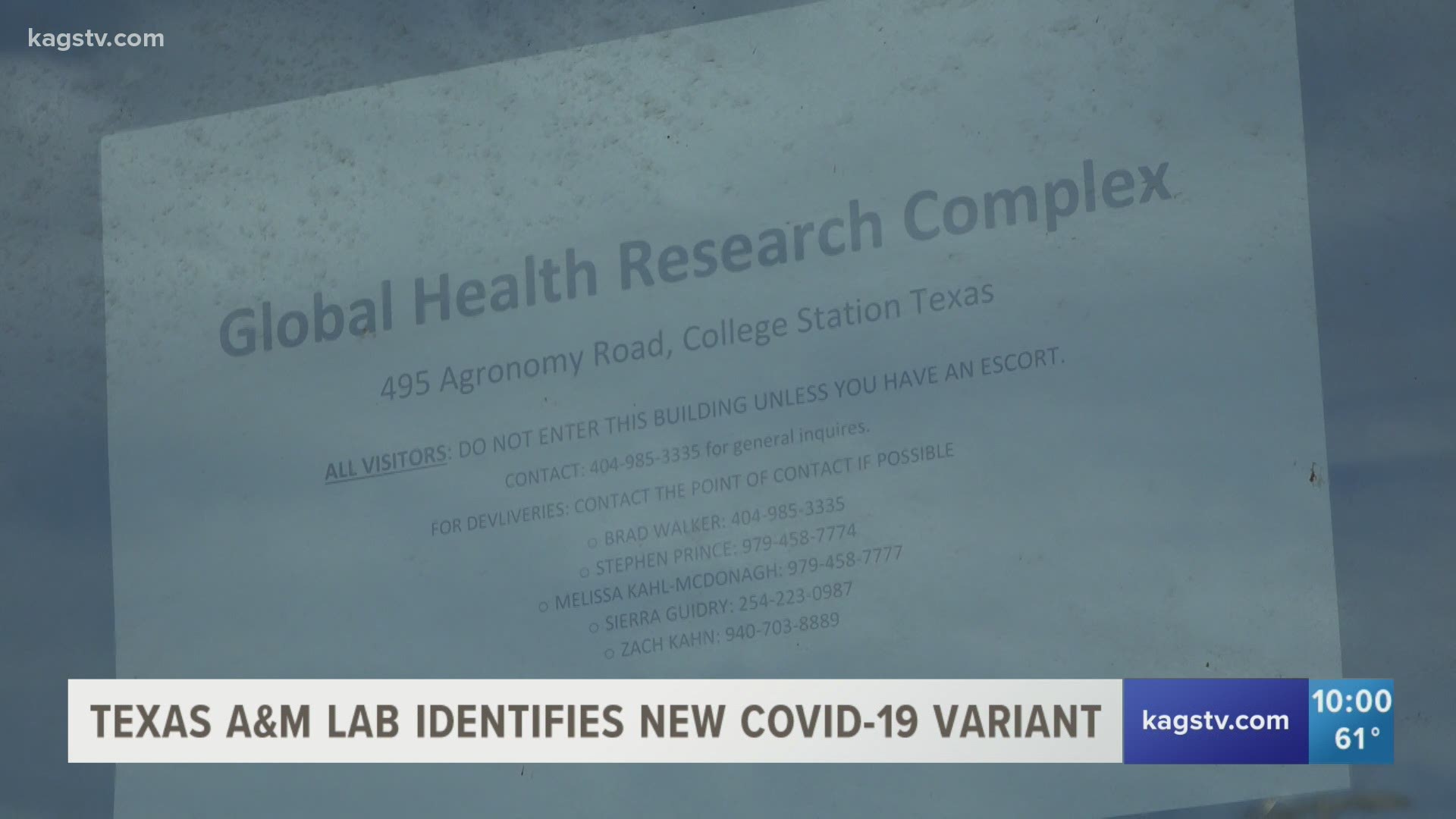 BV-1 was found in a Texas A&M student on March 5 and it took until April 9 until the student was able to test negative.

“For most people of the age of the student, we would expect them to have the virus inside them for a week to 10 days, two weeks tops,” GHRC Chief Virologist Dr. Benjamin Neuman said.

Dr. Neuman said because it’s the first of its kind, they don’t know why BV-1 lasted so long in the student.

A single case of this variant led to only mild symptoms.https://t.co/kgnTWCSGfd pic.twitter.com/Nl932urhJi

Dr. Neuman said the important thing is that it’s not a severe disease, at least in a particularly young person.

“I think this one will be a little harder to stop if it really got going,” Dr. Neuman said, “But it may not be one we have to worry about causing anything worse than the ordinary covid-19,” Dr. Neuman said.

Dr. Neuman said he thinks the different strands they’re seeing form on campus is probably what’s going on all over the world.

He said his team just happens to be looking on campus.

During their testing, some positive cases stood out by being just different enough from other variants, like the UK variant.

“They were changed in almost the same place as the changes that make South Africa or Brazil strands a little bit harder to deal with from some vaccination point of view or from antibodies,” Dr. Neuman said.

Dr. Neuman said they suspect it’s a good idea to keep an eye on these stands since they are all so new.

“Basically, these are bugs we’d like to squash before they get out there and do anything in the world,” Dr. Neuman said.