Their team plans to look at the first cases and clusters in Wuhan to figure out how they’re connected and find out how the virus transferred from animals to humans. 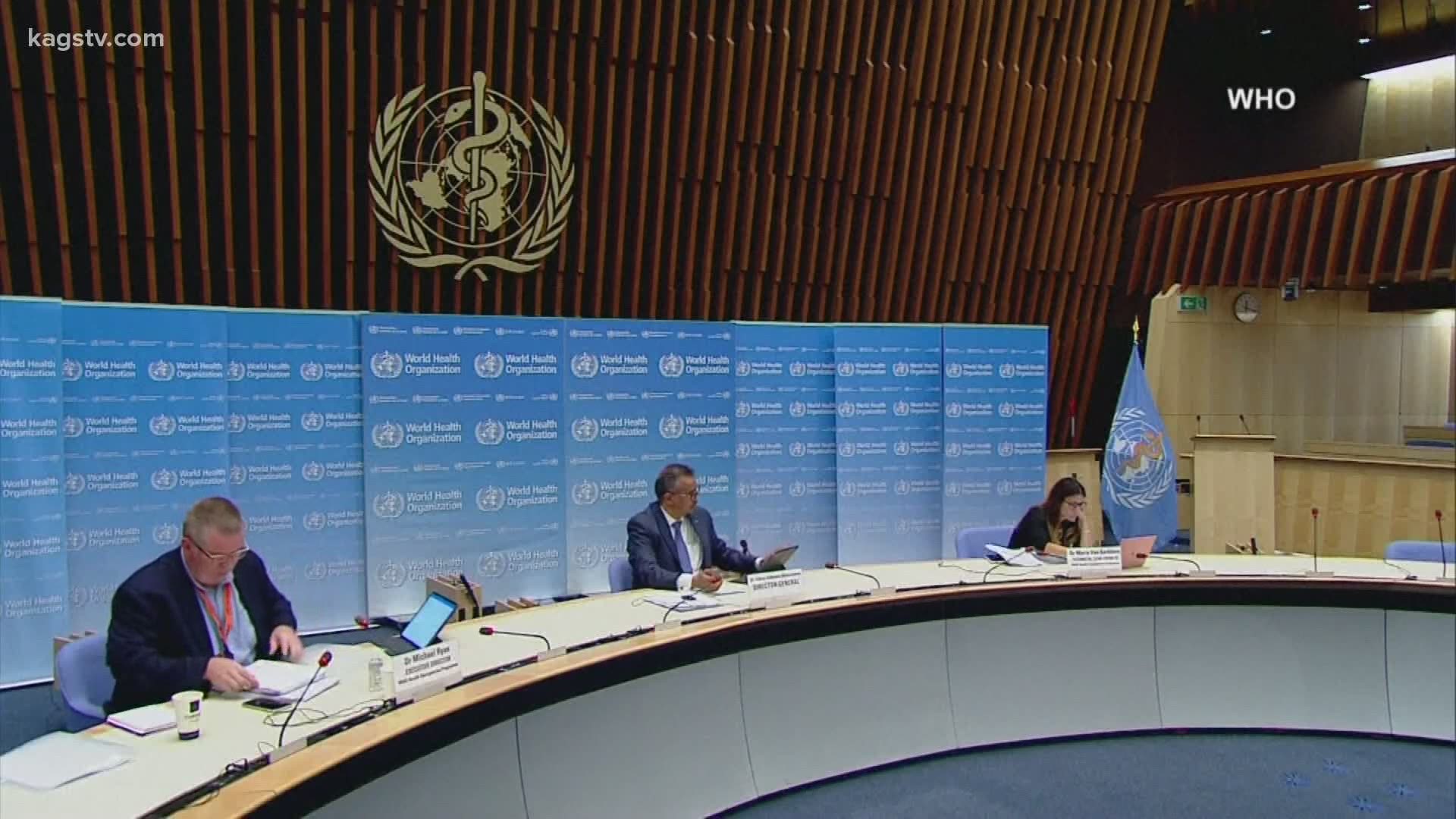 BRYAN, Texas — The World Health Organization is sending a team to Wuhan, China, the city where the COVID-19 pandemic is believed to have erupted late last year.

But why are they going, and where does the U.S. fall several months into this pandemic?

The WHO says an advance team looking into the origins of the coronavirus outbreak plans to deploy a larger team to the suspected outbreak zone to continue its work.

“Epidemiological studies will begin in Wuhan to identify the potential source of infection of the early cases. Evidence and hypotheses generated through this work will lay the ground for further, longer-term studies,” said Tedros Adhanom Ghebreyesus, the Director-General of the World Health Organization.

Their team plans to look at the first cases and clusters in Wuhan to figure out how they’re connected and find out how the virus transferred from animals to humans.

“Once you understand where that the barrier was breached, then you move into the studies in a more systematic way on the animal side and the you are directed much more precisely in how you achieve that," Ghebreyesus said.

Meanwhile in the United States, President Trump is making moves to take care of Americans by expanding telehealth services.

“We’re enshrining the right of american patients to meet with their medical providers in a way that’s best for them and very convenient,” he said.

His administration is making sure medicare covers telehealth visits for more than 135 types of services at no additional costs and co-payments can be waived for those services.

President @realDonaldTrump is directing @USDA, @HHSGov, and @FCC to form a task force that will break down barriers to expanding rural healthcare. pic.twitter.com/ed6qHUYplW

The president’s also taking on prescription drug prices, saying they would, "be tumbling down at drug prices nobody would ever believe.”

As for the health of those in the White House, officials say President Trump, Vice President Pence and anyone who gets close to them are tested regularly for coronavirus.