The fallen police sergeant, a Houston native, leaves behind his wife, his parents and three siblings. 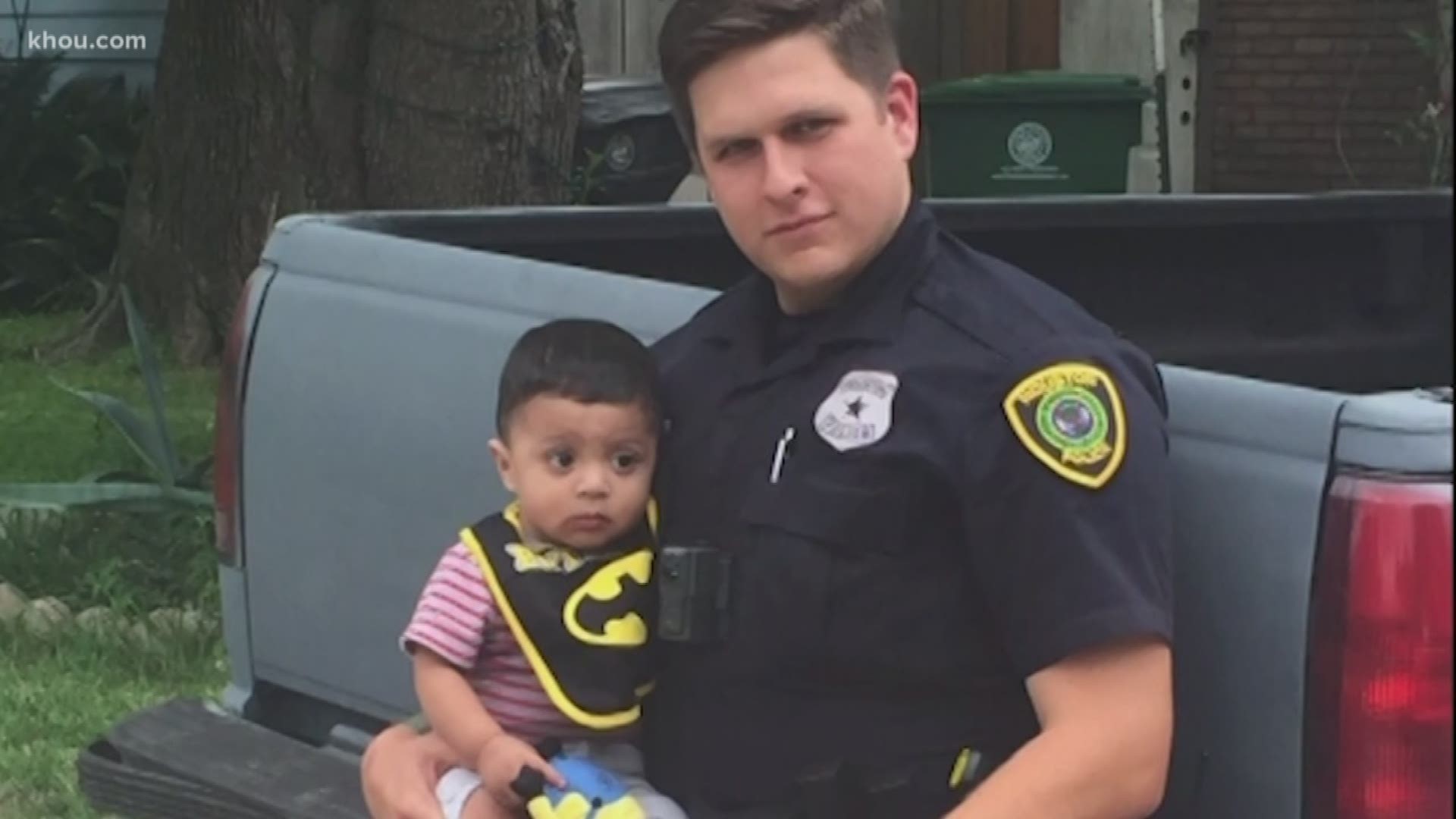 Sgt. Brewster's body was transported from the funeral home to Grace Church for today's 10 a.m. service. The public funeral will be followed by an End of Watch ceremony outside the church and then a private burial service.

VIDEO: You can view the full procession here:

VIDEO: You can view the complete funeral service here:

The 32-year-old officer was shot and killed Saturday evening while responding to a domestic violence call in the East End. A suspect has been arrested and charged in his death.

RELATED: More than a bumper sticker | How the 100 Club takes care of fallen officers' families

Christopher Charles Lewis Brewster (32) of Houston, Texas, a Houston police sergeant, was received into the arms of his Lord and Savior on December 7, 2019 after passing from injuries sustained in the line of duty.

Christopher Brewster was born on August 14, 1987 in Houston, Texas. He was the youngest of four children born to Lewis and Cindy Brewster. He was the youngest and only brother to his big sisters Renee, Ashley and Lindsay. He grew up in the Sagemont area in south Houston, and completed a Bachelor’s degree in Organizational Leadership from Texas A&M University-Commerce.

Chris graduated from the Houston Police Department Academy in November 2010. In his nine years of service, he was assigned to Southeast Patrol, Gang Division, and Major Offenders Division. He promoted to Sergeant in February 2019 and was assigned to Eastside Patrol. Chris was also in the process of completing his Master’s degree.

Chris was wed to his loving wife, Bethany Elise Brewster, in 2014. They loved each other very much, and walked through life truly as best friends. Chris loved and served Bethany in a way that was a great testament to those around him. Chris was beloved by his friends, and meant the world to them. He was a man of strong character, and was always willing to help anyone in need. He was known for his unique personality and sense of humor. He was truly one-of-a-kind.

Chris is survived by his wife of five years, Bethany Elise Brewster, and his best dog buddy, Brienne. He is also survived by his parents Cynthia (Rentz) Brewster and Lewis Brewster and his three sisters: Renee (Brewster) Trager and her husband Damon Trager and his niece and nephew, Mya and Benett; Ashley (Brewster) Barrera and her husband Carlos and his nephew Tomás; and Lindsay Brewster.

In lieu of flowers, memorial donations may be made to Assist The Officer Foundation – Houston, www.assisttheofficer.com.