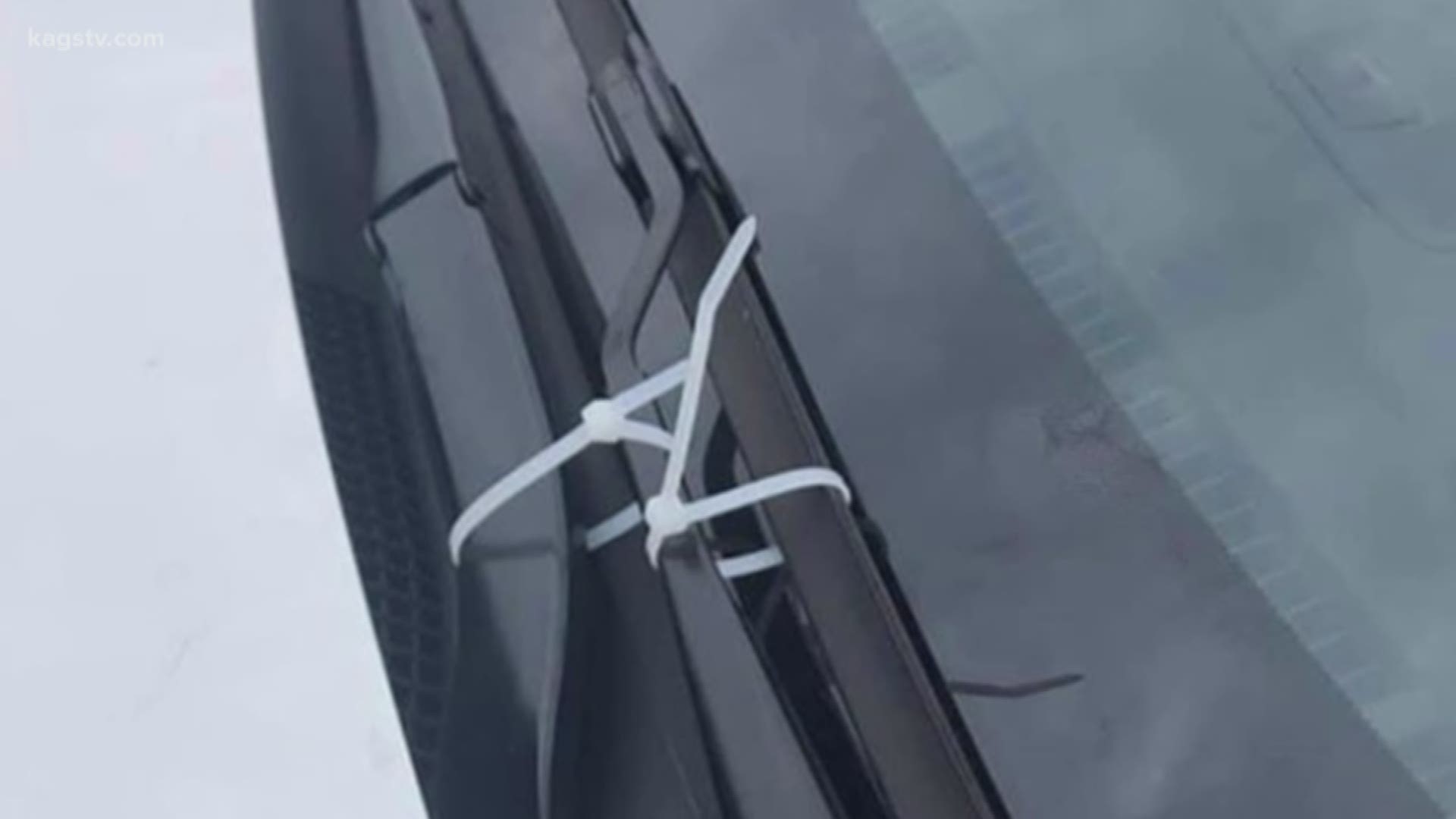 COLLEGE STATION, Texas — The College Station Police Department wants locals to know that while various social media posts claiming to be close calls with human trafficking have been shared several times, they need to be verified before seeing them as factual.

Earlier in November of 2019, a post was shared from College Station that garnered a lot of attention.

The post claimed that someone found zip ties on their windshield wipers and that law enforcement let the person who found them know that is a tactic used by human traffickers.

In a Facebook and Twitter post, CSPD said that they "have not had any kidnappings or attempted kidnappings reported. Fortunately, stranger abductions are practically unheard of in College Station."

College Station Police Department
‪An unattended, running car was stolen from a residence on Nov. 26 a... t about 8:14 a.m. The car was recovered and the thief was arrested. The thief was also charged with Driving While Intoxicated (on something other than alcohol). Please help prevent auto theft: Never leave a running car unattended!

They also noted, "While we don’t know for certain whether this tactic would or wouldn’t be used by a human trafficker (it’s extremely unlikely), it’s certainly possible that a would-be thief could have been attempting to use a distraction technique to create an opportunity to steal property (such as a shopping bag or a purse, especially given the time of year and the location)."

CSPD Public Information Officer, Tristen Lopez says that while instances mentioned those kind of posts are out of the ordinary and should be reported to law enforcement, “Is this something that a human trafficker would do to kidnap a stranger? Its extremely unlikely. Usually the way human trafficking works is that it’s an acquaintance its an at risk individual... or they’ve been a frequent runaway and they’re enticed somehow into human trafficking.”

'Tis the season for scams, and College Station PD gives some advice on how to avoid them