The Boeing 767 crashed into a shallow marsh waters in Chambers County on its way to Bush Intercontinental Airport in February. 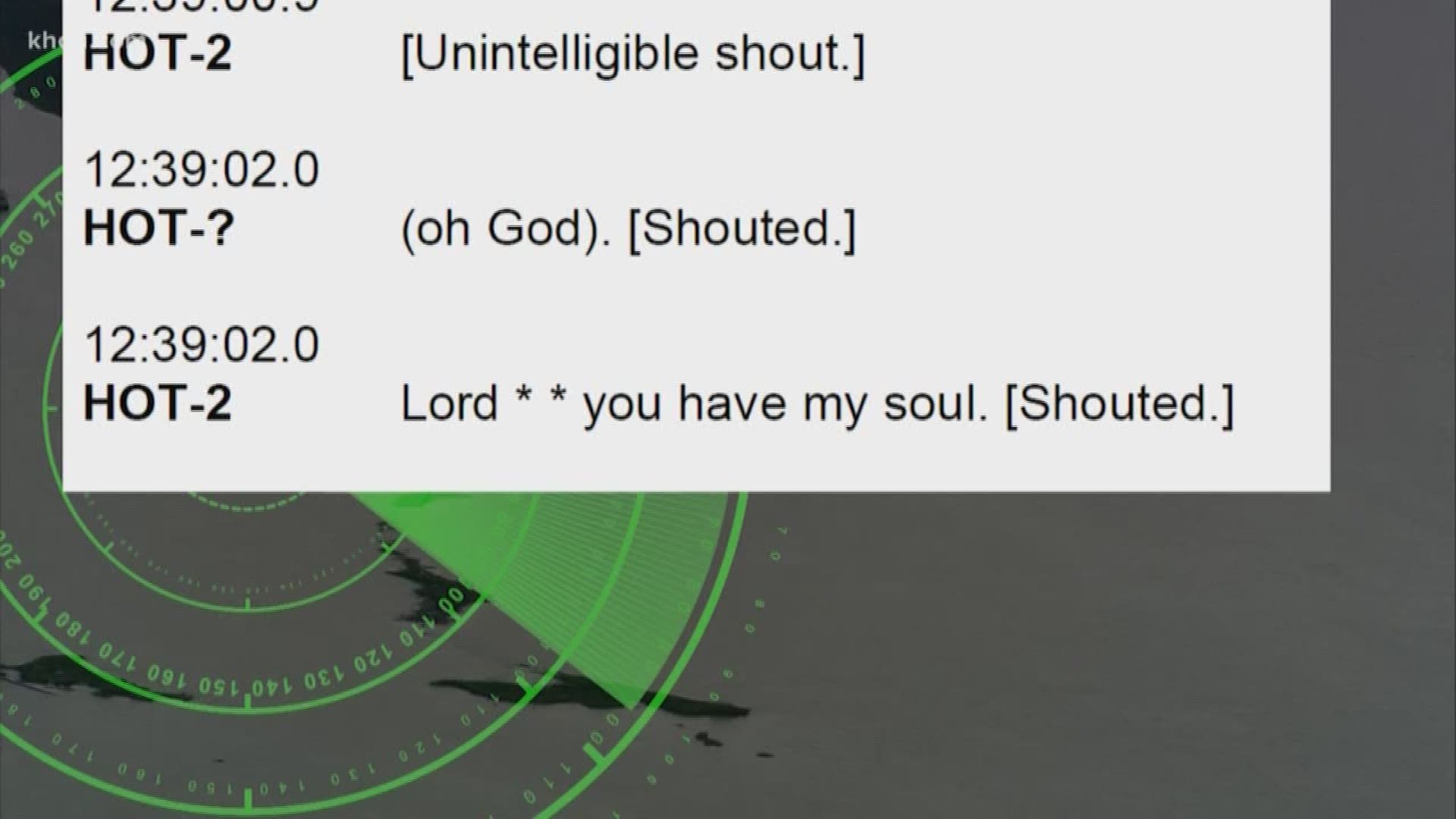 HOUSTON — Pilots of the Atlas Air cargo jet that crashed into Trinity Bay in February frantically described the plane losing speed about a minute before air traffic controllers lost radar contact, according to a transcript of the recovered cockpit voice recorder released by the National Transportation Safety Board on Thursday.

The Boeing 767 was carrying packages from Miami to Houston for Amazon.com and the U.S. Postal Service. It crashed into shallow marshy waters at 12:39 p.m., about 34 miles southeast of Bush Intercontinental Airport.

Minutes earlier, air traffic controllers re-routed the plane around some light to heavy precipitation and advised the cockpit, “Clear on the other side of this stuff so you’ll have no problem gettin’ to the airport.”

Seconds after that transmission, pilots on board began to lose control of the aircraft.

Multiple random thumping noises could be heard in the cockpit as it was rapidly losing altitude, according to the voice recorder transcript. The plane’s flight data recorder stopped recording data with the aircraft descending at an airspeed of 433.5 knots and the autopilot engaged.

In the final minute before impact, pilots also are heard saying “Lord, have mercy,” “pull up,” and “Oh, God, Lord, you have my soul.”

Credit: NTSB
The cockpit voice recorder that was recovered from the Atlas Air cargo jet that crashed in Chambers County in February.

The two pilots and one jump seat pilot were killed in the crash.

The NTSB released more than 3,000 pages of factual reports that cover various aspects of the investigation, including operations, survival factors, human performance, air traffic control, and aircraft performance. No conclusions about how or why the crash occurred were released.

However, two issues are repeatedly discussed in the report—training history and possible inadvertent activation of a “go around” switch that turns off autopilot and may have caused a thrust of the engines.

As part of the report, the NTSB documented 11 other incidents of other pilots on other flights inadvertently activating the “go around” switch from 1990 to 2017. Those reports described “momentary chaos” and “confusion” when autopilot was disengaged, and their planes suddenly accelerated and then became “excessively slow” when they tried to fix it.

Additionally, the co-pilot had a history of training issues detailed in the report. He did not list his entire employment history when he was hired at Atlas Air, according to the report. He omitted two jobs with Air Wisconsin and CommutAir that ended after he couldn’t complete the training.

“Atlas Air was not aware of the FO’s employment at either Air Wisconsin or CommutAir, or that he was unsuccessful in both training programs,” according to the report. The director of training told investigators, “with that information ‘we would not have offered him a position’ based on the (copilots) failure to disclose that information on his application.”

He also failed his practical exam when he was first hired at Atlas Air, and he left a previous job with Mesa Airlines when he was unable to upgrade to captain after two unsatisfactory simulator sessions.

Those will be included in the NTSB’s final report, expected to be published in the next six months, according to an agency spokesperson.

Below is the transcript of the cockpit recorder from the flight:

Watch: A virtual view of the Trinity Bay plane crash

MORE COVERAGE ON THIS STORY