The federal government does not reimburse cities for expenditures related to local public safety during presidential visits. 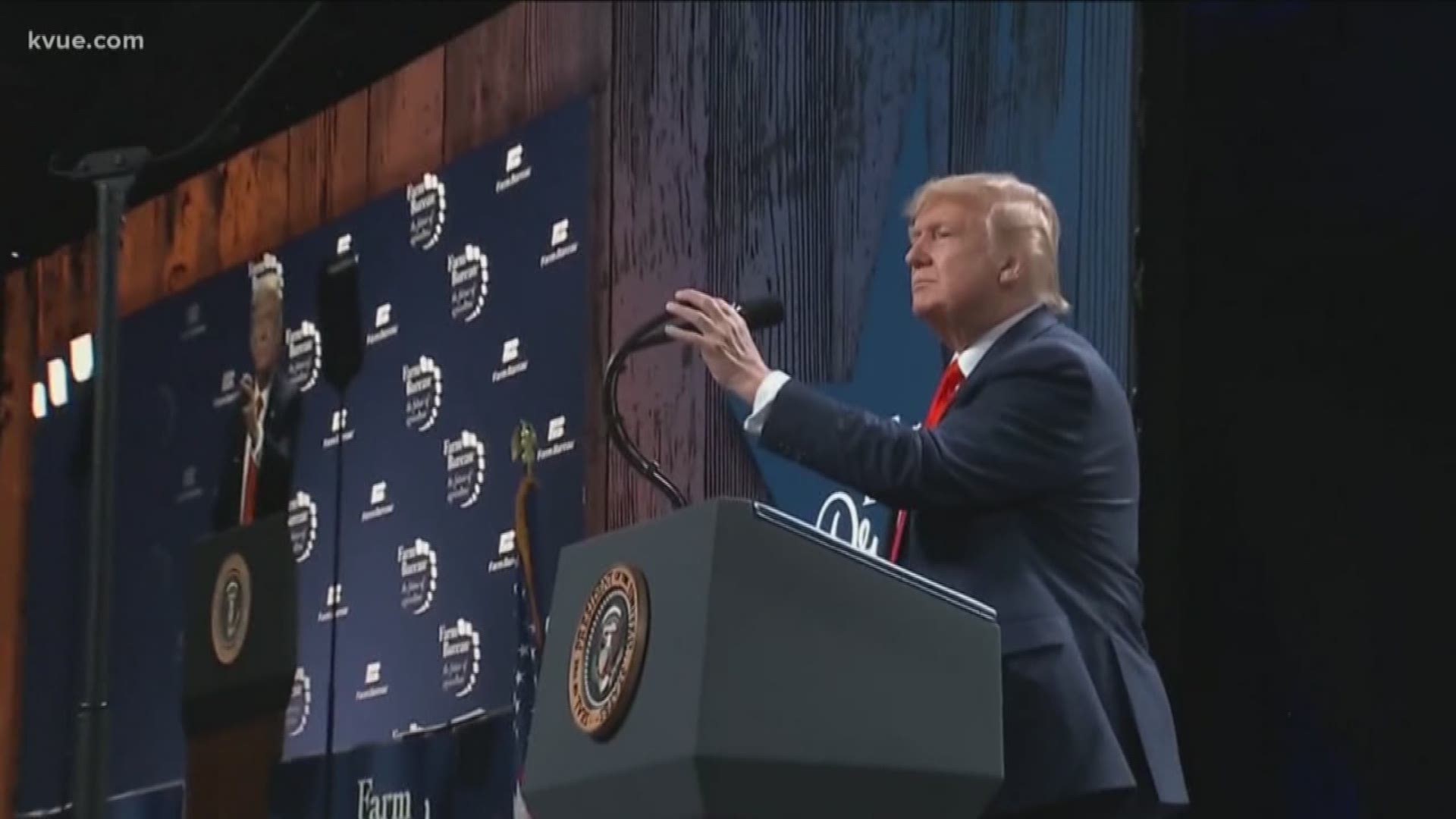 AUSTIN, Texas — Nearly one month after President Donald Trump visited Austin to speak at the American Farm Bureau Federation convention, the City of Austin has confirmed to KVUE how much the Austin Police Department spent in order to provide law enforcement services for the visit.

After Air Force One landed in Austin that day, the president's motorcade traveled to the Austin Convention Center, where the president spent about 45 minutes delivering remarks to American Farm Bureau Federation convention attendees.

That January presidential visit cost the police department nearly $130,000 more than the cost to cover President Trump's visit to Austin's Apple manufacturing facilities in November. That visit cost APD $44,159, according to the City of Austin. Trump spent that visit touring the Flextronics plant in northwest Austin where Mac Pro computers are manufactured.

The federal government does not reimburse cities for expenditures related to local public safety during presidential visits.

VERIFY: Can 'gray death' really kill you by touching it? And is it coming to Central Texas?