Of the murder and manslaughter cases that do get filed, about 30 percent result in a conviction, and often those are for a lesser charge. 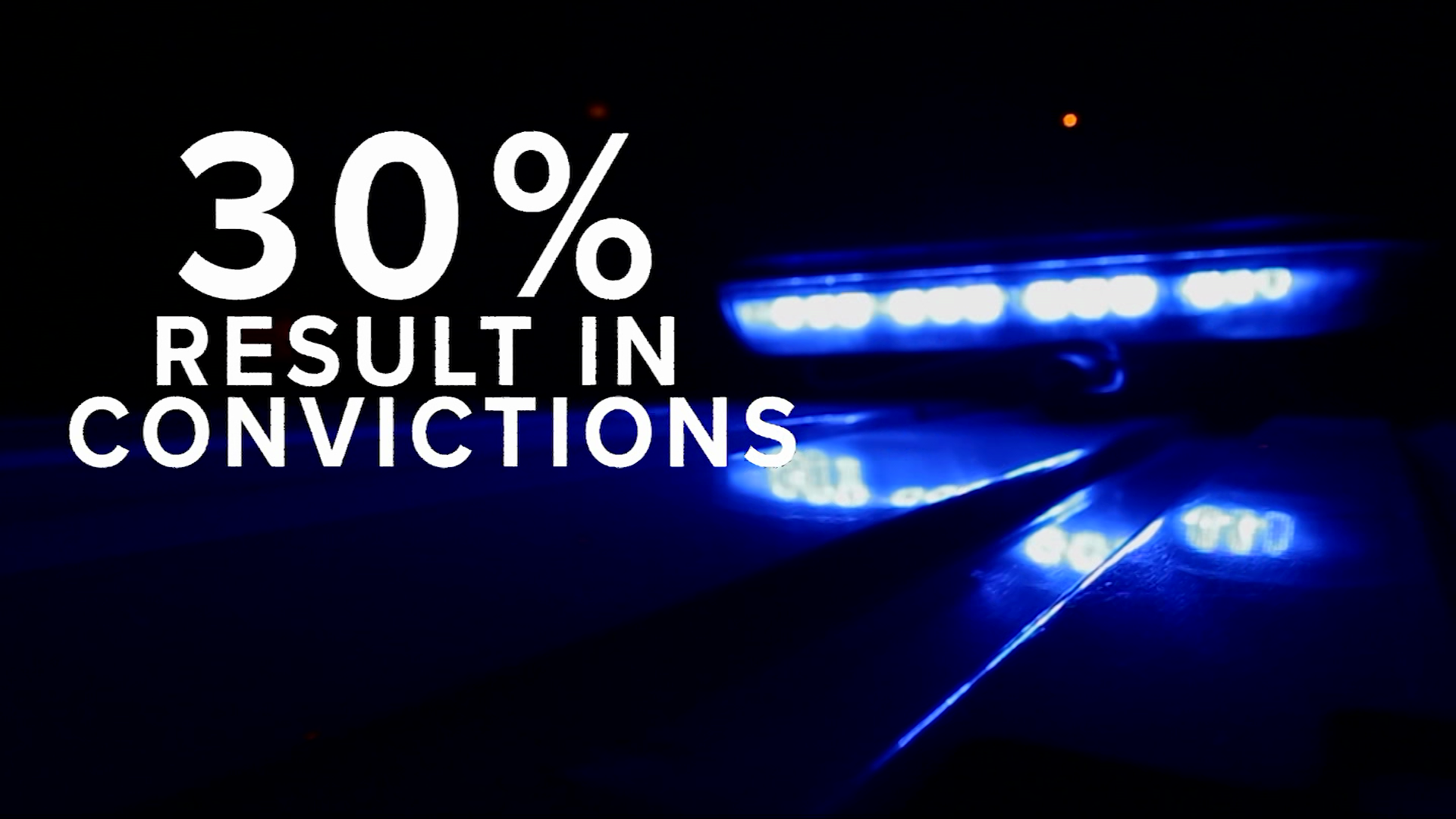 HOUSTON — Despite thousands of police-involved killings in recent years, officers are rarelty charged and convictions are even more scare, according to the Police Integrity Research Group at Bowling Green State University.

Professor Philip Stinson has analyzed police misconduct cases since 2005 and helped launched the Henry A. Wallace Police Crime Database. He estimates that on-duty police officers in America kill someone 1,100 times a year.

“But when we look at these cases, it's extraordinarily rare that an officer is actually charged with murder or manslaughter as a result of one of those incidents,” Stinson said.

His research found it happens in only one percent of cases.

“In most of these incidents, the officers are found to be legally justified,” Stinson said. “And that’s why in most of these cases don’t result in an officer actually being charged with a crime.”

Of the murder and manslaughter cases that do get filed, about 30 percent result in a conviction, and often those are for a lesser charge. According to the study, only 3 percent of officers charged with murder from 2005 to 2019 were convicted of that crime.

“What we see quite often is that some jurors are very reluctant to second guess what are often split second decisions of on-duty police officers in potentially violent street encounters,” Stinson said. “They’re just simply not willing to the judge the officer.”

There was nothing split second about it.

Stinson hopes his research will improve policing. One of his key findings is “late stage police crime” — many of the cops in his database were veterans of the force, just like Chauvin.

How can you stop robocalls?