'Just as we're looking at her, I want her looking at you,' says artist behind new mural of Atatiana Jefferson

Jefferson was killed last October by former Fort Worth Police Officer Aaron Dean. Dean has been indicted on a murder charge. 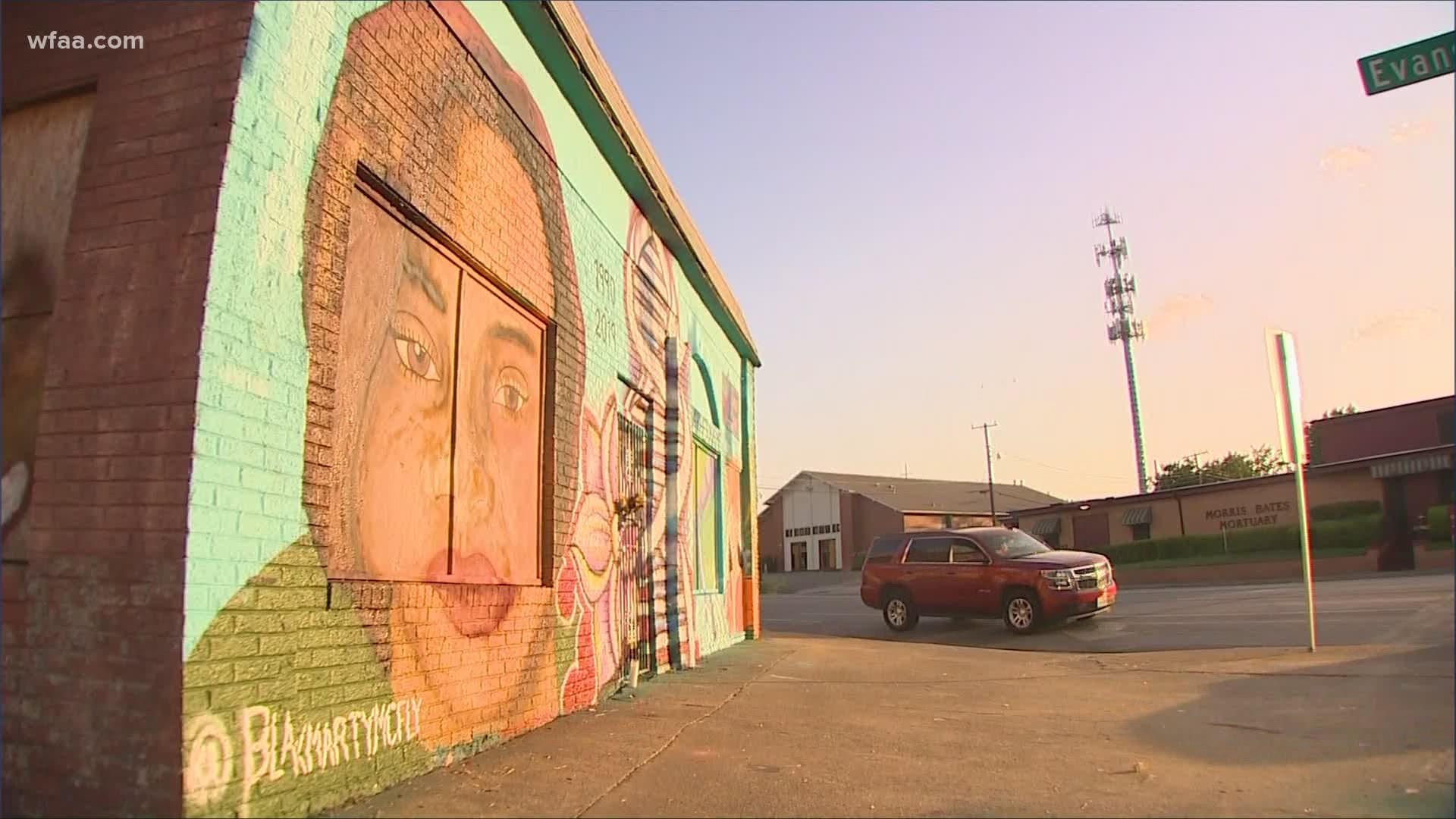 FORT WORTH, Texas — A name many in Fort Worth widely know is now cemented in the city's history through art.

A new mural of Atatiana Jefferson is almost complete at the intersection of Evans and East Allen Avenue.

The painting is on the wall of a property owned by Black businessman Bill Hadley, who told WFAA he happily welcomed having Jefferson's face on his building.

Not far down the road is Jefferson's house where she was shot and killed by former Fort Worth Police Officer Aaron Dean.

Dean and another officer were performing a welfare check on Jefferson's home, when he entered her backyard and shot her through a back window.

Dean has been indicted on a charge of murder.

Activist Patrice Jones pushed for the mural after seeing so many who died at the hands of police immortalized through art nationwide.

The push became stronger after Jones saw the Hispanic community come together to paint a mural of Army Specialist Vanessa Guillén near Hemphill and West Ripy Streets.

Guillén was recently killed by a fellow soldier on the grounds of Fort Hood.

Jones pointed out that there are no murals of Jefferson in the city.

"It's almost been a full year and we didn't have anything right here for her in Fort Worth."

Through GoFundMe, Jones raised funds to paint the mural.

Local and Black artist Julian Johnson is the mastermind behind the artwork.

Johnson admitted to WFAA that this is his first mural to complete.

"Everyone sees the same picture of her and I wanted to do one of her, at least of her full face. To see her features and see the way she actually looks," Johnson said.

The artist pointed out that Jefferson's gaze in the mural is facing Downtown Fort Worth, so as citizens look on her, Jefferson too is watching her town and expecting more.

"I wanted people to see her, and I wanted her to be looking at them," Johnson said. "I wanted to do her justice and let people know that this is not over."

The mural still needs finishing touches, but it gets the approval of Jefferson's neighbor James Smith.

He's the one who originally called police to do the welfare check on Jefferson's home, fearing she might be in danger when the door was left open.

"I have this mural already in my heart," Smith said. "But for everyone else to see it... I'm appreciative."

"It's a constant reminder of her... so that she won't be forgotten."