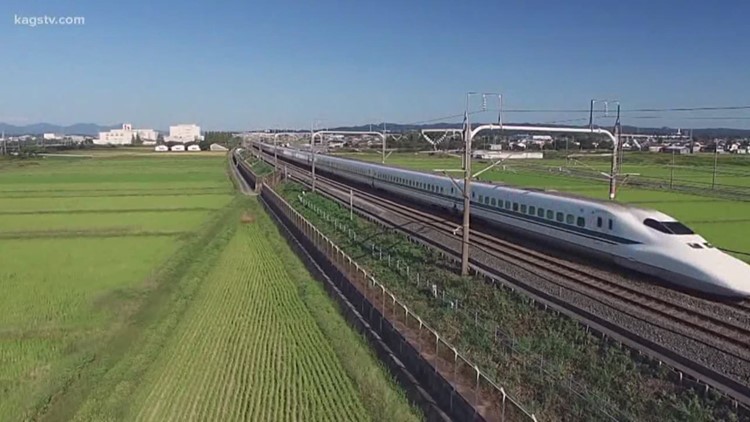 But, the project is still humming along, according to Texas Central.

The planned bullet train will travel from Houston to Dallas, stopping once in Grimes County. State Representative Ben Leman, the former Grimes County judge who now represents the region in the state legislature, has proposed at least four bills that would further regulate the railway.

One bill would mandate that the bullet train tracks be compatible for other forms of trains, something that’s done on European high speed rail. Two others would regulate the height of the proposed rail line and bar construction crews from blocking county roads when building the track.

The flashpoint is still eminent domain, the section of law that allows companies like Texas Central, the firm building the high speed rail, to take private land it needs to build the project. A recent decision from Leon County has declared that Texas Central is not a railroad company, and thus could face tight restrictions on the use of eminent domain. A judge in Harris County ruled the opposite. Texas Central is appealing the Leon County ruling and the decision is not stopping operations at all, according to a statement from a Texas Central spokesperson.

“In all five cases that have been tried in four different courtroom, they’ve lost,” said Leman in an interview with KAGS. “If they’re not a railroad they can’t use the power of eminent domain underneath the statutes.”

“Contrary to what others may say, Texas Central is a railroad company. None of these bills expands economic development, creates jobs, attracts investments in Texas or strengthens land-owner property rights,” said Texas Central in a statement to KAGS. “These bills are unnecessary and some could jeopardize the safety of the system.”

When asked what about his bills could negatively impact railway safety, Leman said he couldn’t think of anything specific. There are other bills before the legislature dealing with high speed rail.

“I’m all for progress, but the end does not justify the means,” said Leman. “There’s a lot of hocus pocus, and there’s a curtain that’s getting pulled back.”

Texas Central recently announced that Citi and Mitsubishi UFG will help secure funding for the project.

***CORRECTION: A prior version of this article said that "multiple courts" have decided that Texas Central is not a railroad. That was updated to say a Leon County court has decided its not a railroad and a Harris County court ruled the opposite. Additionally, a prior version said that the project "announced funding" from Citi and Mitsubishi UFG. That was changed to say that Citi and Mitsubishi UFG will help secure funding for the project***