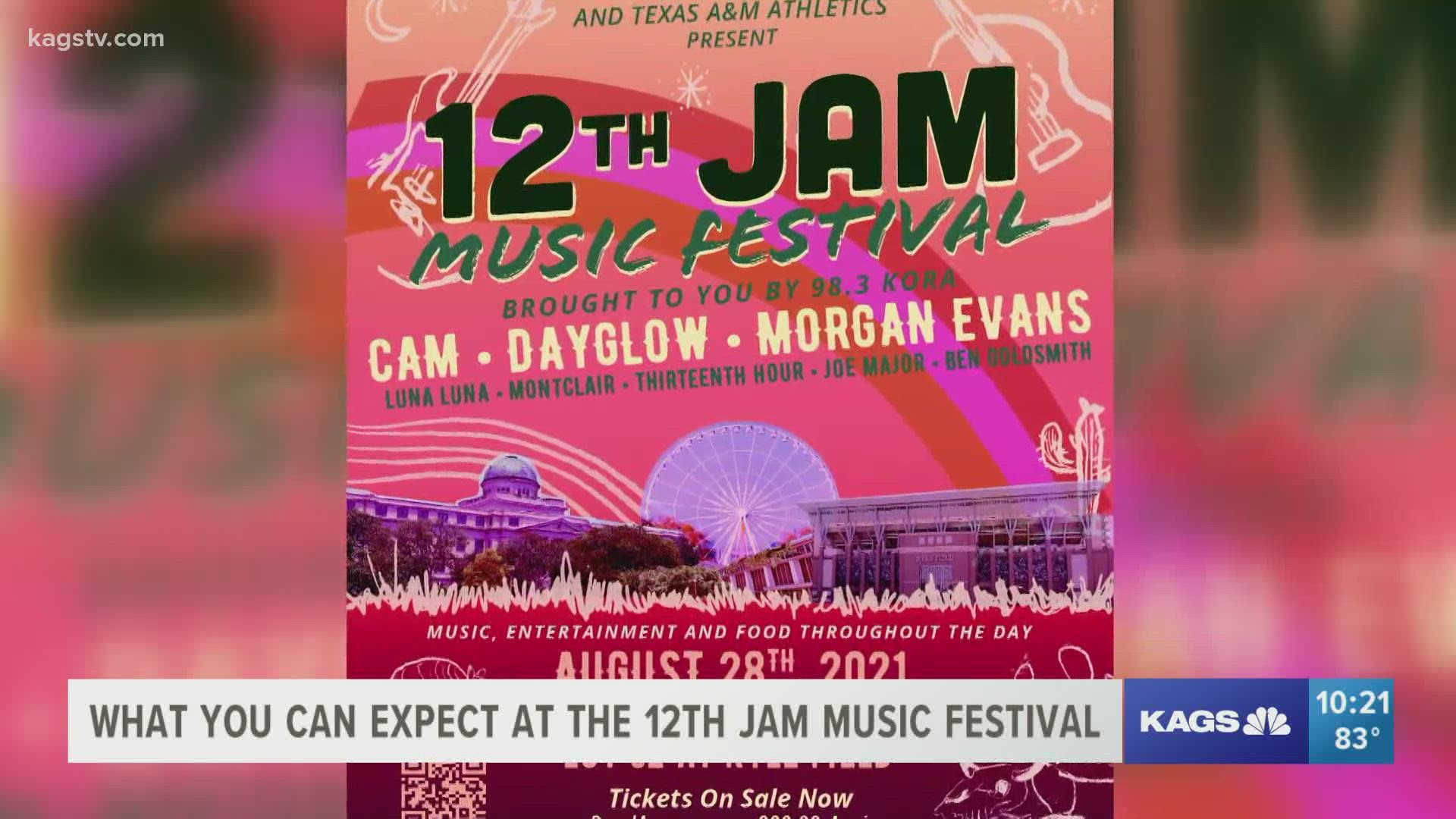 COLLEGE STATION, Texas — The 12th Jam Music Festival is back this year, bigger and better than ever.

In 11 days, College Station will welcome some big names from the country music world.

People can experience live music, food and a Ferris wheel.

“It’s not like any other 12th Jam that’s been on campus,” 12 Jam Student Executive Heather Haratsis said, “We’re partnered with A&M Athletics and that makes it 10 times better.”

In the past, the 12th Jam Music Festival was put together on Texas A&M’s campus, this year it’s being built on lot 62, adjacent to Kyle field, giving the 12th Jam team enough space to make this year’s festival epic.

“It’s not your traditional event, it’s outdoors, festival style as opposed to indoors concerts, it’s going to be a lot of fun,” General Manager of Reed Arena Darren Davis said.

From a giant Ferris wheel to national touring artists performing, this year's 12th Jam is one you won't want to miss!

Hear more from the people that are making this event possible tonight on @KAGSnews. pic.twitter.com/5TUGdxNKdV

“There’s going to be a mechanical bull, food, local artisans and crafters are going to be there,” Haratsis said.

Including artists like country music stars CAM and Morgan Evans along with national touring artist Dayglow.

“We’re just really excited to give that opportunity [to see the nationally acclaimed artists] to the students and the local Bryan/College Station community,” Haratsis said.

Davis and Haratsis said the partnership this year with A&M Athletics are what changed the game.

The 12th Jam crew is expecting this year’s event to go off without a hitch while keeping everyone in attendance safe by following A&M’s standards and policies on encouraging masks and social distancing.

“It is exclusively outdoors with the exception of a couple of cooling areas with air conditioning so people will have lots of flexibility to go with their comfort zone while they’re out there,” Student Development Specialist 2 with MSC Student Programs Office Kendall Walker said.

This year’s The 12th Jam Music Festival is on August 28th with the gates opening at 1pm.