Remembering the officers killed in July 7 ambush in Dallas

Five years later, the city of Dallas is remembering the chaotic and tragic night of July 7. 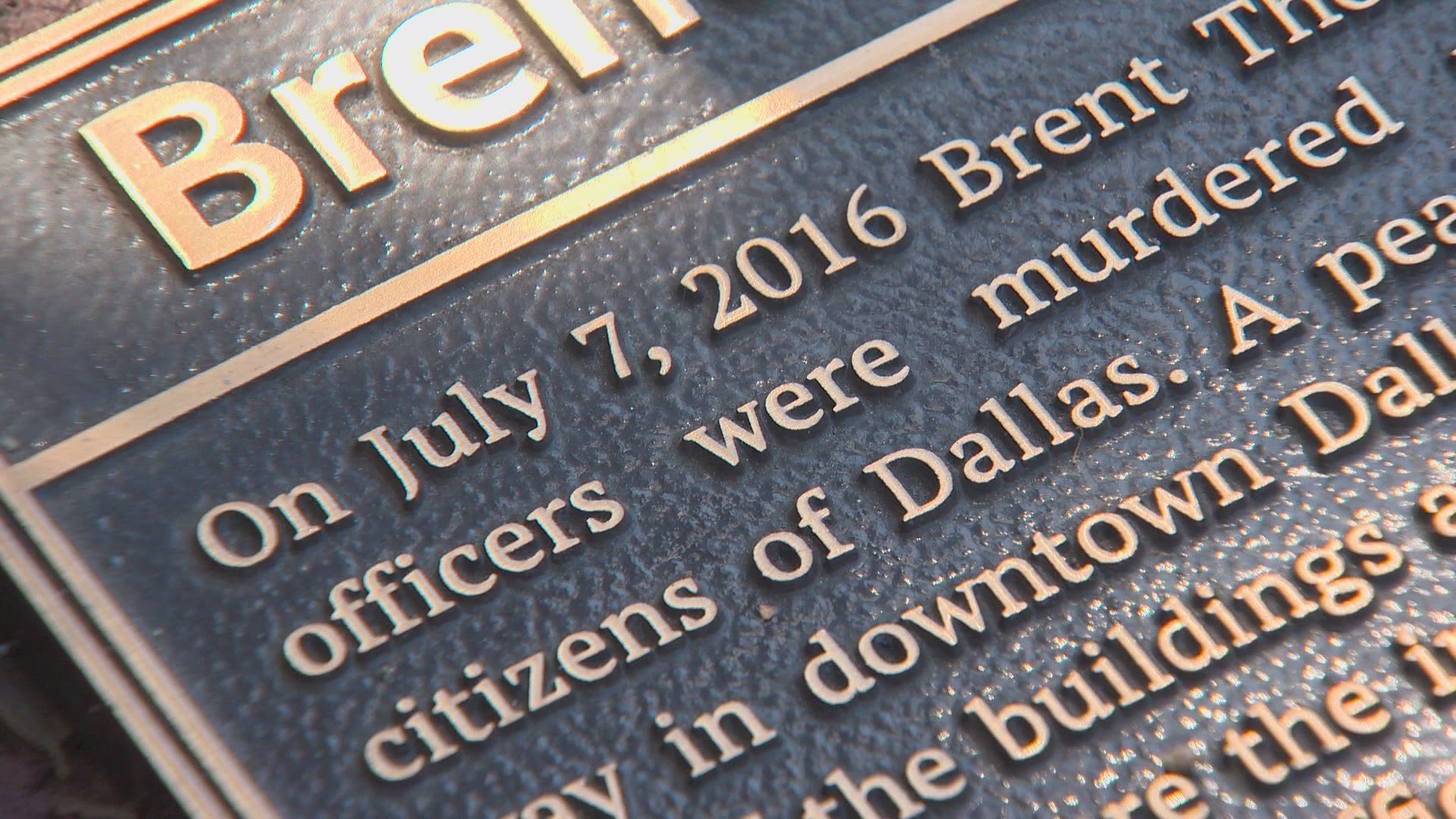 DALLAS — Editor's note: The video above is from a previous story.

Five years ago, as a nation reeled from the deaths of two high-profile police shootings, the city of Dallas joined in protest. Activists walked through the streets of downtown, as officers patrolled nearby to keep the crowds safe.

But that night of peaceful protest was shattered when a gunman opened fire, ambushing and targeting the officers. Five were killed.

Now, five years later, the city of Dallas is remembering the chaotic and tragic night of July 7, and the officers who died in the line of duty.

Officer Brent Thompson, a former Marine, newlywed, father and grandfather, had worked for DART police since 2009.

Morgan Lyons with DART said Thompson was the first officer killed in the line of duty since 1989, when the department formed. Thompson also previously worked as a former Navarro County Sheriff's deputy.

April Lotman Wynn, a family friend who worked with Thompson while he was an officer at a middle school in Corsicana, said, "He was simply one of the best human beings I have ever known."

Patrick Zamarripa, of Fort Worth, was a 2001 graduate of Paschal High School, a young father and a war veteran. He was described by friends as a “gentleman” who loved America.

Zamarripa survived two tours in Iraq before he was killed.

Michael Krol had worked for the Dallas Police Department for nine years after moving to Texas from Michigan.

“He was living a dream of being a police officer," Susan Ehlke, Krol's mother, told WFAA's sister station WXYZ.

"He knew the danger of the job but he never shied away from his duty as a police officer. He was a great caring person and wanted to help people. A wonderful son, brother, uncle, nephew and friend."

Krol previously worked in the Wayne County jails in Michigan between 2003 and 2007, according to WKBK.

Michael Smith was among four officers fatally wounded during an attack in downtown Dallas.

Michael Smith's brother-in-law called him an exceptional father to two young girls. He served as an Army Ranger and went on to attend the Lamar Institute of Technology before becoming an officer with the Dallas Police Department.

His brother-in-law said he had a talk with Smith about retirement, but said the sergeant was more concerned about his fellow officers and remained on the force.

Sr. Cpl. Lorne Ahrens was a husband and father who left behind a daughter and a son. His wife Katrina is a Dallas police detective.

"He loved showing the videos of his kids," Sr. Cpl. Jaime Castro said. “Every time I saw him he bragged about his kids and how happy he was.”

Remembering the officers killed on 7/7