Fadi Kalaouze turned his struggles into a successful local business and he wants to help other Aggies like those who helped him. 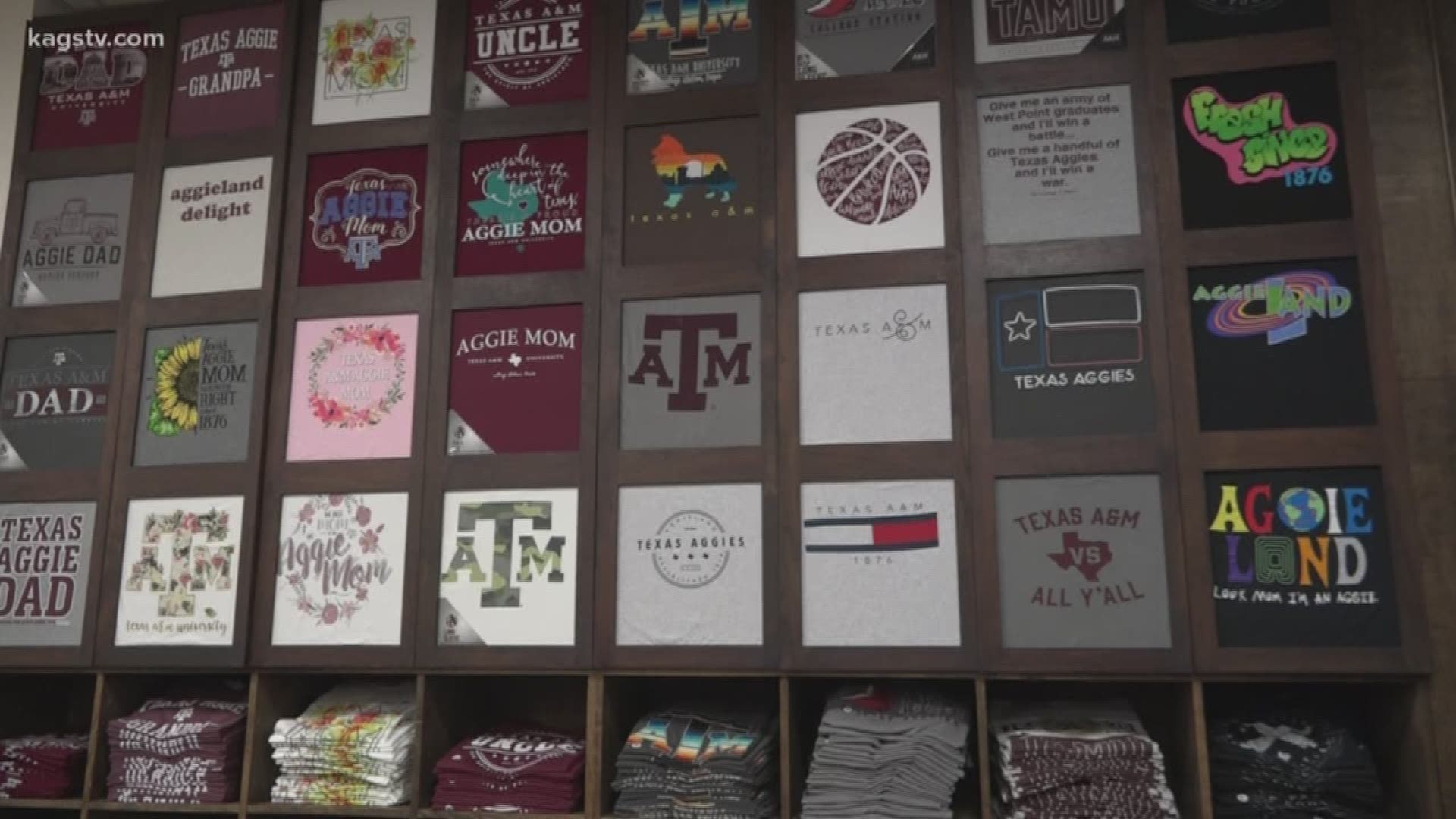 COLLEGE STATION, Texas — Aggies helping Aggies. It's one of those traditions Texas A&M ingrains in its students from the first moment they step onto campus. It's a tradition that follows students long after they leave campus and bonds them with new students for years to come.

Fadi Kalaouze is a graduate of A&M, class of '91. He is the founder of Aggieland Outfitters, a concept he developed back when he had his own struggles as a student. Coming to America from Lebanon during war time, Kalaouze's family didn't have enough money to pay for his tuition.

"I could not finish paying A&M what I owed them that semester," Kalaouze recalled. "This is when the apartment let me stay for two months and they said, 'Listen, you have to find another place.' This is when I slept in a van for three months."

When the money struggles continued to mount, Kalaouze said his fellow Aggies encouraged him to sell t-shirts in order to make money to pay his tuition bills. Soon, he realized he had the beginnings of a business on his plate.

"So I started coming and setting up during the school days," Kalaouze said. "Whenever I go to class, I come set up and then I go back to class. Everybody knew my schedule. Everybody knew when I had classes."

Kalaouze was able to finish school and he took his business to the next level. He and his wife, also an Aggie grad, opened his first retail location in the Post Oak Mall in 1992. Soon, Aggieland Outfitters followed, and those who love Texas A&M gear and apparel now had access to specialty gifts and branded merchandise. His second retail location opened in 2002 on George Bush Drive, known to Aggies as the Southgate location.

His third location sits at University Drive. Opened in 2010, this location boasts it flies the larges Aggie flag in the world. Not bad for a kid who worked every day to pay his tuition. What's interesting about Kalaouze is he says he never could have made it without Aggies helping Aggies.

That's why Kalaouze started his Aggieland Outfitters scholarship fund. It was a way for him to help another struggling student pay their tuition, the way others helped and continue to help him. The $6,000 covers one semester for any Aggie.

"If you just look at how our company was founded, he would not have been able to graduate school if the students had not supported him by purchasing t-shirts," Cole Geist said. Geist is a human resources assistant for Aggieland Outfitters. "Almost 30 years later, they're still purchasing t-shirts. The only way we feel true to give back is to help other students in need."

To apply for the scholarship, text the word "Howdy" to the number 900900. While the scholarship is for tuition to attend Texas A&M University in College Station, it is transferable so anyone can enter and win. Kalaouze definitely has a mind for business and thinks about this in way of a full circle.

"I want to open something good here, I want to make sure they come to College station and they buy a lot of good Aggie clothes," Kalaouze said. "A lot of Aggie merchandise that they haven't seen anywhere else."

That means the more students and Aggie supporters continue to buy, the more he can give to students who need it the most. The winner is expected to be revealed December 12.