Texas A&M University was recognized by the League of American Bicyclists for its bike friendly campus. 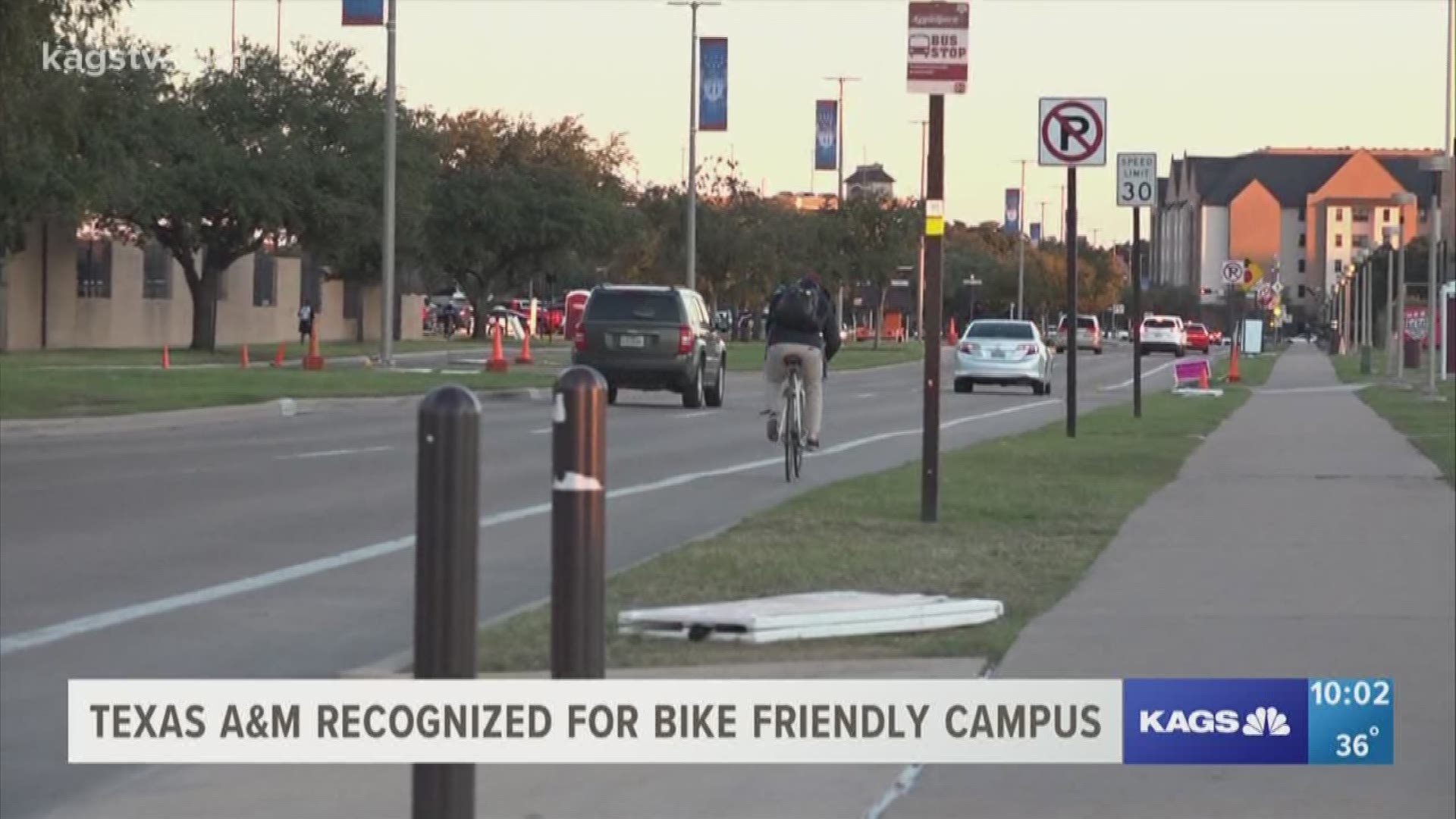 COLLEGE STATION, Texas -- A&M was honored by the League of American Bicyclists with a silver award for their efforts on making campus bicycle friendly.

In 2015, they were awarded the bronze award, but have spent the past three years working to improve campus and surrounding areas to better equip students.

After making improvements that included projects such as bike parking, shared roadways and improving bike paths and lanes, the university re-applied this summer. They have now been awarded the silver award by the league.

"Wth the size of our campus and our population, I think silver is pretty awesome," said Ron Steedly, alternative transportation manager.

Steedly said more and more students are turning to bikes for their mode of transportation.

"Our culture is changing," he said.

Because of this, he added that another big program that transportation services undertook was a bike sharing program.

"More people are biking than would have with privately owned bikes," Steedly said.

He said that with the bike sharing program, it was generating thousand of users.

"The fact that now I have 20 thousand people biking now because of the bike share program means people are using bikes," he said.

But, whether privately owned bikes or through a bike-share program, students on A&M's campus have access to a safe and bike friendly campus.

"It's making it so easy to get on a bike that people are doing it," Steedly said.