APD is hosting a funeral procession and service on Monday, Aug. 9. 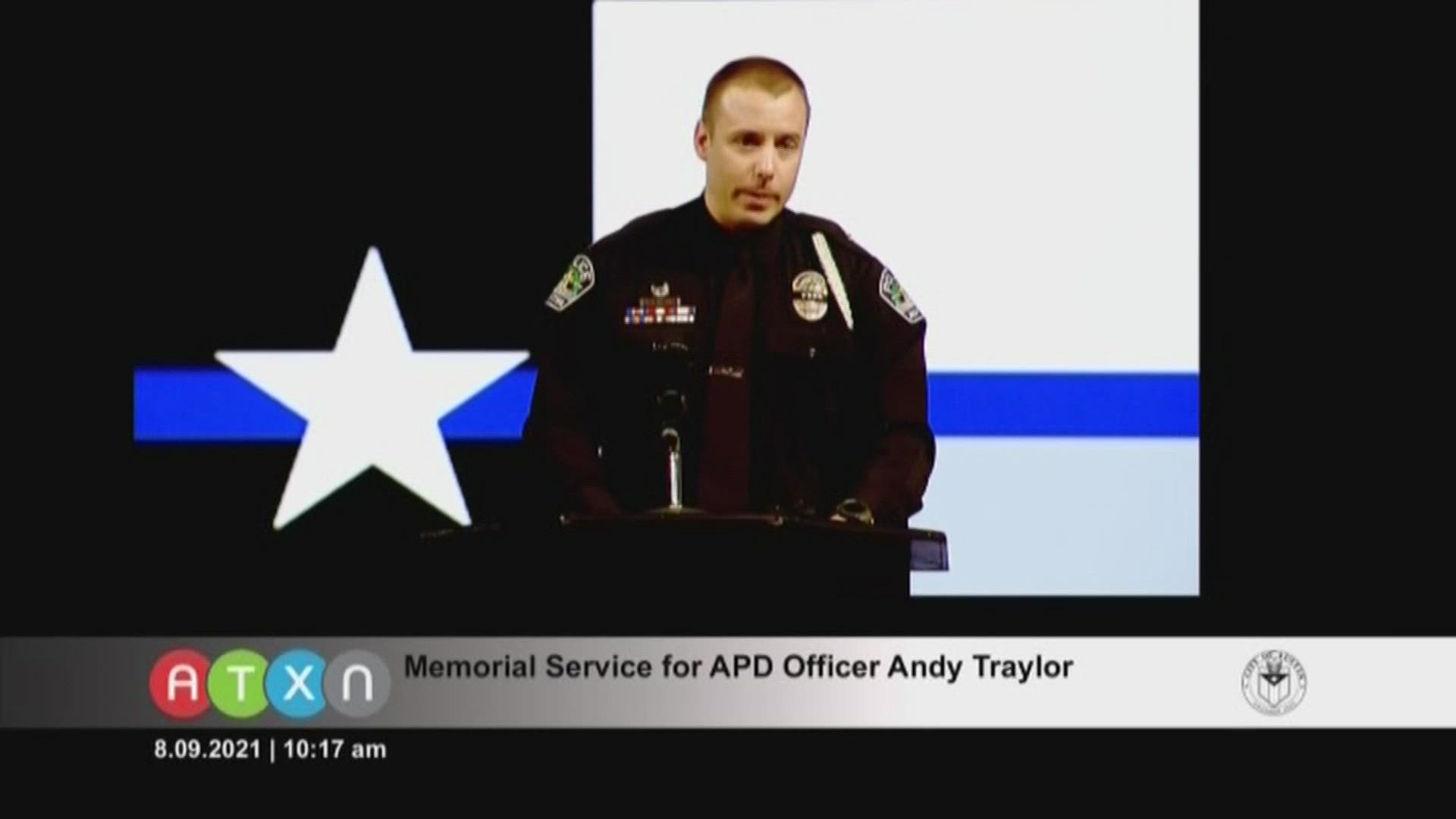 AUSTIN, Texas — A fallen Austin Police Department officer was honored in a public funeral and law enforcement ceremony on Aug. 9.

A funeral service was then held at the church following the procession. His family and fellow officers spoke about him at his public funeral.

Traylor died Saturday, July 21, after he was involved in a crash with a tractor-trailer just days before.

RELATED: APD officer dies after car crash while responding to an emergency call

The crash took place around 2 a.m. Wednesday, July 28, on FM 969 near Decker Lane. A tractor-trailer was making a U-turn when the officer crashed into it. He was responding to an urgent call.

Officer Traylor leaves behind a wife and five children, ranging in age from two to 15. He served with the APD for nine years.

On Monday, Aug. 2, Austin Cops 4 Charities announced it had already raised more than $55,000 for the Traylor family. The organization is accepting donations for the family on its website, AustinC4C.com.

Austin is in Stage 5. What does that mean?

An Austin man waited 3 years to go on trial for DWI. Now, the case is dropped and the DA is apologizing.