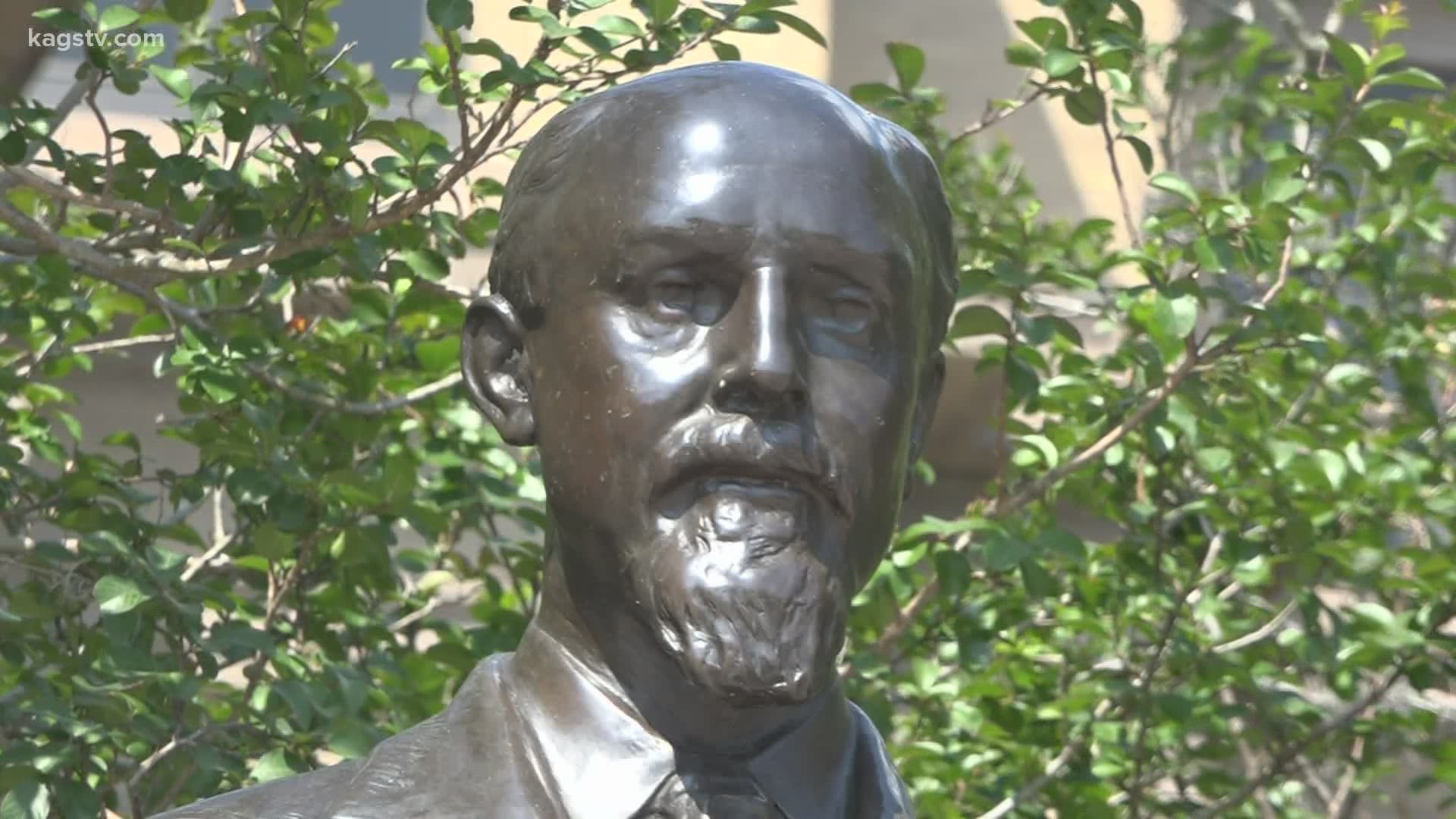 COLLEGE STATION, Texas — Attorney General Ken Paxton has released an opinion on the fate of the Lawrence Sullivan Ross statue that sits on the campus of Texas A&M University. The opinion, requested back in June by Rep. John Cyrier, was released Friday evening.

The statue has been at the center of racial controversy over the last few months. Dueling petitions have gone viral on social media, one against the removal of the statue, the other for taking it out. The statue has been the target of vandalism and the site of several protests on campus. The petition calling for the removal of the former Texas A&M president's statue said Ross is a symbol of systemic racism at the university.

According to the Attorney General, the statue cannot be removed without the approval of the state legislature. It can, however, be removed, relocated and altered if there is construction, repair, or improvements to the monument or to the surrounding property where it is located. However, if the statue is removed under these circumstances, it must be relocated to a prominent location.

"Because the statue is located on state property and honors a Texas citizen for military service, Texas A&M University must comply with the requirements of section 2166.5011 before removing or relocating the Ross statue," Attorney General Ken Paxton wrote.

"Based on the Attorney General’s ruling, the statue of Lawrence Sullivan Ross cannot be moved by anyone at Texas A&M University, including the Board of Regents.

Our attorneys’ understanding is the opinion does not allow Texas A&M University to move the statue into the Cushing Memorial Library and Archive. In fact, it cannot be moved at all unless a building is built on the statue’s site and then it must moved to an equally prominent site.

Nevertheless, the President’s Commission has important work to do to make Texas A&M University even greater. We all should put our energy toward that goal."

Earlier this summer, Texas A&M organized a task force and university officials said this group will make a recommendation on how to address the concerns about the statue, as well as any other future issues pertaining to campus monuments.