Tweeted on Dec. 21, the governor said the draft language comes "just in time for Christmas." 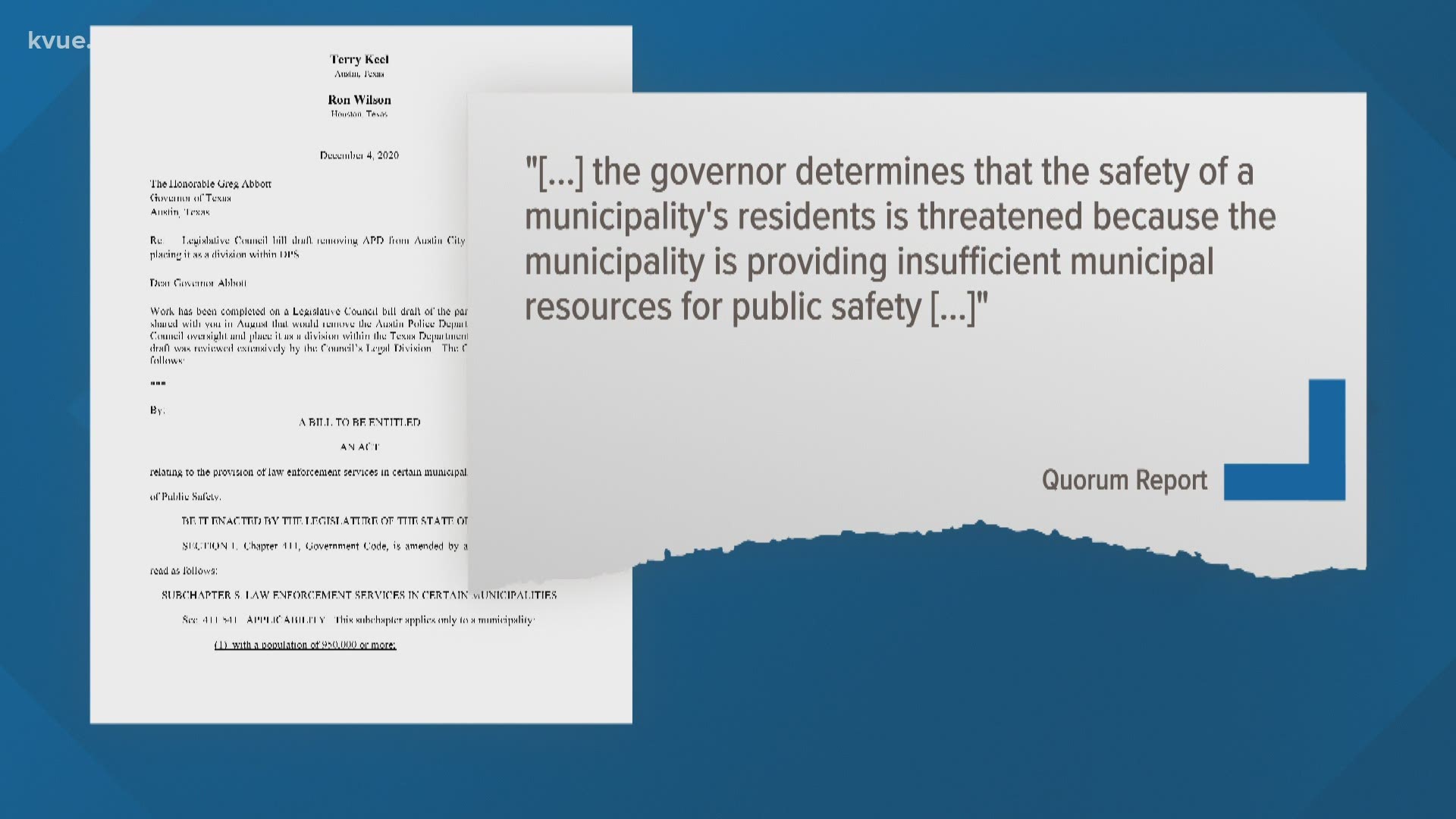 AUSTIN, Texas — Draft language for a proposed law regarding police funding has been "sent," Texas Gov. Greg Abbott said in a tweet.

Tweeted on Dec. 21, the governor said the draft language comes "just in time for Christmas."

"The Legislative Council has sent draft language for a proposed law that would transfer control of the Austin Police Department to the Texas Department of Public Safety," Abbott tweeted. "One way or another we will pass a law to keep Austin safe."

Terry Keel, a former Travis County sheriff and state lawmaker, is one of the authors of the drafted language. Former State Rep. Ron Wilson is also behind the language.

The plan would also take a portion of a city’s tax revenue to operate the division and create a specific budget at the state level for the department. The comptroller would be responsible for taking taxes from the city’s general fund to fund the division.

The Texas Tribune reported early in December that he was considering a legislative proposal to put the state in charge of policing a large area in the middle of Downtown Austin. During a virtual town hall, Abbott floated the idea while discussing his push to punish cities that "defund the police."

Areas policed by state police might include Downtown Austin, The Texas State Capitol and the University of Texas at Austin.

On Dec. 18, federal officials met in Austin to announce "Operation Undaunted," a plan to tackle crimes such as robberies, shootings and gang violence in Austin.

The governor has been speaking out against city leaders since the Austin City Council's vote earlier this year to reallocate funding from the Austin Police Department. The budget cuts went into effect starting Oct. 1.

The Austin Police Association said they are looking forward to working with the legislature "on addressing problems caused by Austin City Council."

The next Texas legislative session begins in January.

WATCH: How the City of Austin plans to reallocate police funds

'Christmas star': Jupiter and Saturn align to create the visible bright light in our sky for first time in almost 800 years